National ‘RSS Is Transparent, With The Congress You Just Don’t Know!’

‘RSS Is Transparent, With The Congress You Just Don’t Know!’

The food and public distribution minister on the recent elections, the future of caste-based parties and the challenges ahead 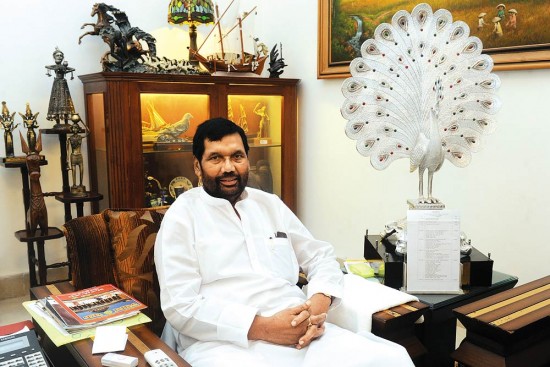 Lok Janshakti Party leader from Bihar and union minister Ram Vilas Paswan has had eight stints in Parliament. As minister of Food and Public Distribution in the two-month-old BJP-led government, he faces a public that is increasingly aware of its entitlements. For the first time, Paswan finds himself sharing the same roof with another Member of Parliament—his son and first-time MP Chirag Paswan. In a free-wheeling interview, he speaks about an election in which voters seemed to surpass their caste identity, delivering food to the hungry and the future of caste-based parties.

How do you explain your party’s success in 2014 when all other so-called caste-based parties like the BSP and RJD lost?

My party has six Lok Sabha winners in this Parliament. This includes a Bhumihar, an upper caste, a Rajput, also upper caste we have Muslims…So we have Dalits, Muslims, other castes in the party. So how can we be a caste-based party?