Supposed BJD stormtroopers are set upon its loudest critics 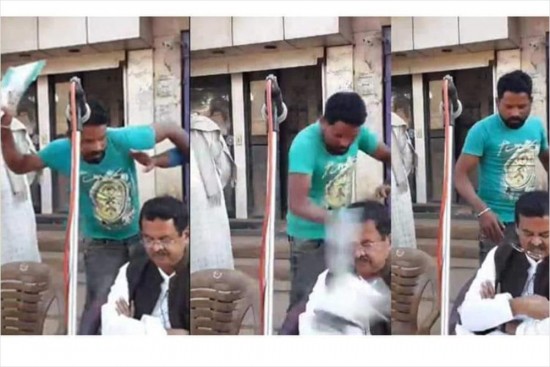 The ‘official’ website lists its goals as promoting ‘leadership, volunteerism and a healthy lifestyle through sports and social interventions’. But, based on the evidence on the ground across Odisha, the Biju Yuva Vahini (BYV) has been dubbed a ‘rogue army’ of youth created by the ruling Biju Janata Dal (BJD) with the 2019 election in mind.

Odisha saw an example of the BYV’s so-called ‘social intervention’ when Kharavela Swain, three-time former BJP MP from Balasore and president of the Utkal Bharat party and his supporters were assaulted by three youths while addressing a gathering at Kashipur in Rayagada district on November 25. Swain said his attackers were known BJD workers, while BJP general secretary Bhrugu Buxipatra linked them to the BYV, the nearly 3 lakh-strong ‘volunteer’ force created at the expense of the state exchequer by the Naveen Patnaik government in March 2018.

The BJD was quick to deny the charge, but tell-tale evidence emerged soon—pictures showing the culprits with senior BJD leaders swamped soc­ial media. “The meeting was being beamed live on Facebook, which proved they were affiliated to the BJD and had pounced on me for speaking against their leader,” Swain tells Outlook. “Two of the three assailants, Sumanta Nayak and Krushna Nayak, have drawn their stipend as ‘volunteers’ of BYV last month. But after the video became public, their names have been erased from rec­ords,” Buxipatra alleges.

Former Mumbai police commissioner Arup Patnaik, who heads the outfit, was himself embroiled in a controversy when he allegedly manhandled the Bhubaneswar-based reporter of a leading Eng­lish daily recently. The journalist confirms to Outlook that the incident did take...