In humans, as in plants, roots grow deeper if left to grow in one place, untransplanted 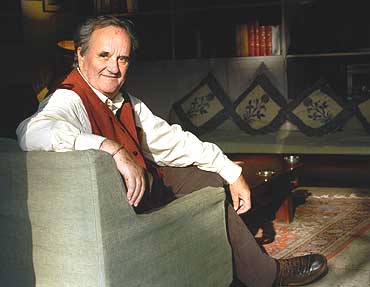 Thomas Hardy, who wrote some of the best known English novels, one of which was called The Return of the Native, said, "I am convinced that it is better for a writer to know a little bit of the world remarkably well than to know a great part of the world remarkably little." The bit of the world Hardy knew remarkably well was his native place, the county of Dorset in the west of England. It was a very small bit of the world, and a remote rural bit at that, which did not keep up with the fast-moving times of the last quarter of the 19th century. Hardy’s novels reveal the profound influence of his native place but he was not a country bumpkin. One biographer of Hardy has said, "The two contrasting modes of feeling—for his native soil and for his cultural mecca (London)—entwine, sometimes fusing, sometimes pulling asunder, always with varying degrees of emphasis, and never finally resolved."

Jawaharal Nehru was torn between his native place and the culture he absorbed from Britain. In the postscript to his autobiography, he said, "I have become a queer mixture of the East and the West, out of place everywhere, at home nowhere. I am a stranger and alien in the West. I cannot be of it. But in my own country also sometimes I have an exile’s feeling." However, it’s always seemed to me that in the end India, the native place, won in the struggle for Nehru’s heart. The evidence is that moving tribute he paid to the Ganga in his will. Asking for a handful of his ashes to be sprinkled on her waters, he said, "The Ganga, specially, is the river of India, beloved of her people, round which are intertwined her racial memories, her hopes and fears, her songs of triumph, her victories and her defeats. She has been a symbol of India’s age-long culture and civilisation, ever changing, ever flowing, and yet ever the same...