There are many good things here, even if not all are exactly new—but Kumar is a talented reader, too. 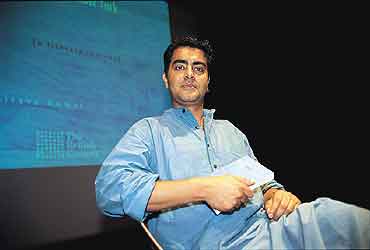 Away: The Indian Writer As An Expatriate
By Amitava Kumar
Penguin India Rs 424; Pages: 395
First things first. Amitava Kumar has put together a fascinating collection of writings by 'expatriates', ranging from Dean Mohamed to Kumar himself, by way of Gandhi, Tagore, Subhas Bose, etc, many of whom might well have been alarmed at being thus assembled under the rubric of 'expatriate'. Ah well, the writings are 'expatriate', i.e. done during, or about, a time of absence from India. Still, it would be ungracious to deny the pleasure Away gives. There are many good things here, even if not all are exactly new—but Kumar is a talented reader, too. The pios (Persons of Indian Origin) assembled here include older figures like Ved Mehta and A.K. Ramanujan and also several younger ones. (The pios might almost be said to constitute a new, translocal country: they already have their ambassador to the court of the Bushman: the ineffable Mr Brahm Dev Agnihotri!)

It's oddly reassuring to see the sheer quantity of good writing being done—in English, in India. Given what's happening to English in India, perhaps to language generally, this is a pleasant surprise. However, one cannot also help being overwhelmed by a sense of the larger irrelevance of the phenomenon: this nri literary boom. (Time to show those saffron shorts now! Or to come clean.)

One way of understanding this is by an analogy with economic policy. The Asian tigers are a bit mangled and motheaten today, but there was a time when it was seriously suggested that the way forward for India was to emulate Singapore et al by growing via exports. But it was plausibly argued that this was not really an option for 'continental' economies that were too big to be moved by such marginal, second-order activities. The often excellent, exportable literature of today's Anglo-Indians functions under a like disability. It will find a place on Western supermarket shelves, but it can't be more than a pleasant distraction from the process of cultural creation the rest of India will have to undertake for itself.

On A Collusion Course