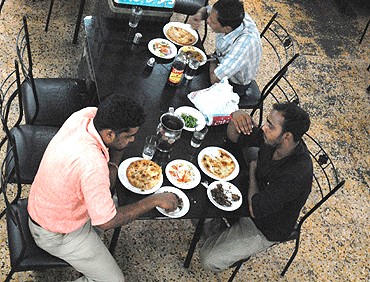 Which is the best place for kathi kabab rolls in Calcutta? For 75 years there was only one answer: Nizam’s. But, alas, after its trade union problems, Nizam’s hasn’t been the same. Meanwhile, challengers like Hot Kathi, Badshah, Kusum, Zeeshan and Bedouin have emerged, each with its own loyalists. How the kathi roll was invented is a story as fascinating as the story of the hot dog or the ice-cream cone: one day in the 1920s the enterprising owner of Nizam’s rolled his kababs into a crisp egg paratha, wrapped it neatly in tissue, secured it with a toothpick, and offered it to a finicky English customer.

Thus a legend was born, and kathi rolls have arguably become Calcutta’s second most famous delicacy (a distant second to maachher jhol, of course). After its reopening, Nizam’s has...