"Rohith Has Died Due To Political ­Interference" 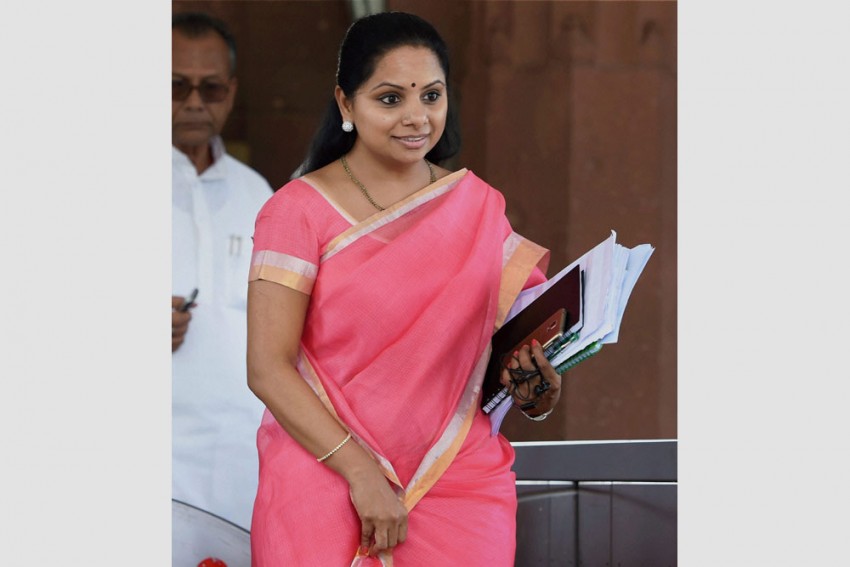 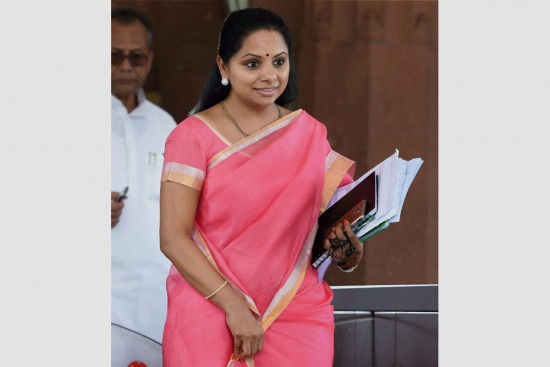 A stream of petitioners queue up outside her apartment complex in Banjara Hills where TRS MP Kavitha Kalvakuntla, daughter of Telangana chief minister K. Ch­an­drasekhara Rao listens patiently to endless requests for jobs, pension, transfers, funds for cancer treatment and Himalayan climbing expeditions. She takes a few minutes off to speak to Madhavi Tata. Excerpts:

What do you say about the debate on intolerance raging in the country? What is your take on the Rohith Vemula suicide?

This debate began in the country because of the inaction of Modiji. When his Ministers, MPs were speaking in weird terms about various issues, he should have acted against them. Now, the entire country believes that this is what the Prime Minister also endorses. In Telangana, where there is sizeable minority population, we give equal importance to everybody.

Rohith's issue is a direct result of political interference in student politics. The VC Appa Rao did not react to children sleeping outside in the cold air as a form of protest. We maintained a distance on the suicide tragedy because we did not want to interfere in something which was already a confused issue. We don’t want to gain political mileage from a student's death. Rahulji might want to do that but we don't. We said we will maintain law and order and keep away. Even when Arvind Kejriwal came, none of us visited. Not because we are not concerned but we don't want political mileage from such a tragedy.

There were strong rumors that you were going to join the Modi Cabinet at the Centre. Any truth in the rumours?

Politically we have zero equation. On day one of my career in Parliament, we rushed into the well because we were protesting against some villages being given to Andhra Pradesh under the Polavaram project. Modiji did not for a minute stop to think that he was bypassing the Constitution and Parliament by issuing the ordinance which changed the border of my state. So there is friction between the parties. But as governments, we have been cooperating much better than even BJP-ruled states. For example, we allocated Rs 200 crore just for Swachh Hyderabad and also in the districts, we have given money. But there has been no discussion on any ministerial post.

There were 17 Telugu Desam MLAs in the Telangana Assembly. Now there are just four or five while the rest of them have joined TRS. Do you think this is a healthy practice?

KCRgaru had long back said that once Telangana is formed, how would any Andhra party have a say here? Because their leader is from the other State. So what would the cadre here or MLAs look up to? So, automatically, the tectonic shift happens. If a politician sees zero future with TD and a better future with TRS, he will obviously come to us. There are constitutional obligations and laws which have not been followed in any state for a long time. So we better take a fresh look at them. As far as the TD is concerned, they don't gel here, they don't belong here. They have very slim chances of survival in Telangana.

What are the implications of TRS's sweeping victory in the Greater Hyderabad Municipal Corporation elections?

Some parties were saying that Andhraites would not vote for TRS or that settlers were not happy with us. But we were never selective. If we gave 24 hours power, we never said only one area would get power or that Andhraites who are settled here would not be given pension. People who saw this in Hyderabad made us win. And when we say settlers, they are not just Andhra people but North Indians and many other sections too who have made Hyderabad their home.

After the GHMC poll result, you said that your brother K T Rama Rao is the political heir. Does this mean that he is a prospective Chief Minister?

I did not mean it in that sense. My father is hale and hearty. We want him to rule for another 10 years. No one knows Telangana like he does. In the GHMC elections, my brother campaigned well and he could explain the vision of KCR to the people and convince them. So that way, people have accepted him and I said what is wrong if KTR succeeds KCR but that is too far away. Therefore my brother and I have been repeatedly telling the media that "let's not discuss this”.

How do you assess your father as the chief minister?

He is a man of the masses. KCR knows Telangana like the back of his hand, where a river starts, which village it touches, where a rivulet flows. We have launched 190 schemes and every scheme is tailormade to suit the requirements of the people of Telangana, keeping in mind the number of SCs, STs, BCs and various other groups. We knew we had to show results quickly. KCR made sure that a power deficit State became a power surplus State in no time. He does not like half-boiled stuff. Even when I take something to him, I have to take a 100 documents to support my argument.

There isn't a single woman minister in the Telangana Cabinet. How do you feel about this?

I have been very vocal about this and have said there should have been at least one woman in the Cabinet. But then, come to think of it, mere tokenism is not going to help the women of Telangana. If you remember, Y S Rajasekhar Reddygaru's Cabinet had six women. But what did they do for women, did they stop the acid attacks on women? In fact, one of the women was a Home Minister. Having women in key positions is definitely required, yes. But the commitment of the government to do much more for women, to empower women is a different thing. Our government is doing that. Our marriage schemes for SC, ST or minority women will increase literacy, reduce female infanticide. We are giving Dalits three acres of land which will be registered in a woman's name; two-bedroom houses for the poor will be under the woman's name. We are giving them property rights.

You had promised to develop the lot of beedi workers and Gulf migrants in regard to your constituency Nizamabad.

I am working to improve housing conditions of beedi workers, there is also an additional stipend of Rs 1000 for beedi workers. I work closely with each section in the beedi industry. There was a proposal to have beedi packets with a warning. So I voiced my opposition to this saying this is a labour intensive industry. In case of cigarettes, everything is mechanised. So my campaign to stop the warning on beedi packs worked as I got support from other parties too. In case of Gulf workers, we are setting up a skill development centre in Dubai through Telangana Jagruthi with the help of the Central govt. Rudyji has also been very helpful in this matter.

"Histories Cannot End Up In Pentagon"