The plan, devices were too sophisticated for militants Updates 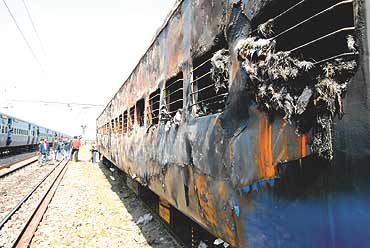 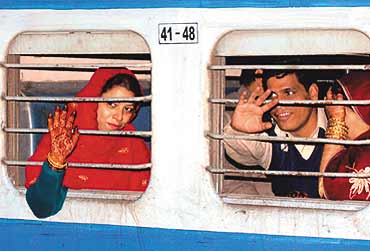 A baptism by fire for the joint Indo-Pak anti-terror mechanism, you could say. Four days after the Samjhauta Express blasts, a tetchy Pakistan virtually expressed its lack of confidence in India's investigations by airlifting all the injured recuperating at Delhi's Safdarjung Hospital, including key witnesses, on a special C-130 flight back to Pakistan late on Thursday—granting them, at least for now, immunity against interrogation. And, simultaneously, for intelligence agencies in India trying to get a fix on the identity of the mastermind, the needle of suspicion is veering towards rogue elements within Pakistan's ISI, and not a stray fidayeen unit as it seemed at first. Intelligence officials told Outlook recent reports forwarded to the National Security Advisor had warned of the "emerging threat" from a band of "fringe" ISI officers operating beyond their brief.

Intelligence officials say the February 18 attack near Panipat—which killed 68 people, mostly Pakistanis—was a carefully planned attempt to destabilise the ongoing Indo-Pak peace process and people-to-people contact. The two explosive-laden suitcases recovered from the train hold clues that justify such a line of reasoning. "The sophisticated circuitry in the bombs indicate the involvement of people who have access to resources, who work for a state-run organisation like the ISI. It was not a simple petrol bomb as is commonly perceived," an intelligence official says. The physical planting of the bombs on the train may have been carried out by locals, but the planning speaks of people who have a more than amateurish degree of training in assembling explosives and carrying out terrorist operations.

The bombs were designed to use a minimal—but optimal—amount of explosives to ignite seven litres of fuel in each of the five suitcases. There was also a minimal use of metal, so that the bombers could walk through security checks at the Old Delhi railway station. As it turned out, the metal detectors were not functional on February 18. 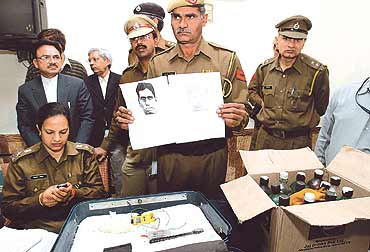 The investigators have also noted that instead of using RDX, the bombers used other plastic explosives with extra detonators that could be switched off if they wished to abort their mission. The timers of the two suitcase bombs that did not go off were connected to their central locking systems and were meant to trigger blasts in the early hours of Monday just before the train reached Ambala, where it has an operational halt. The bombers, for some reason, switched it off, aborting the original plan of setting fire to some more coaches.

Unlike in the 1993 Bombay blasts, where timers and detonators could be clearly traced back to the Pakistani military, this attack left no trail. But officials say the sophistication of the circuits and detonators is beyond the known capabilities of ordinary terror operatives. Intelligence officials also rule out fidayeen involvement. "We feel the bombers planted the bombs and then got off the train at Old Delhi," says a source.

The timing had purpose writ large over it. The blast came days before the Indo-Pak joint commission on terror met. Pakistan foreign minister Khurshid Mahmud Kasuri was to make a tone-setting visit to India. Kasuri had plans—to give impetus to the peace process, he had proposed to bring together Mirwaiz Umer Farooq, Yasin Malik and Syed Ali Shah Geelani with a plan on Kashmir acceptable to both India and Pakistan. This, say sources, further enraged hardline elements within the ISI. The attack was designed to anger Pakistani citizens and limit further concessions on Kashmir.

The suspected hand of 'rogue ISI' will figure prominently in the talks between RAW chief Ashok Chaturvedi and his British counterpart John Scarlett, now in India. Sources say Scarlett will share information about an ISI group unofficially helping the Taliban in Afghanistan. The British are said to have offered greater access to intelligence on the ISI to help the investigations into the Samjhauta Express blasts.

Buy Me A Carbon Ring