Rocking To A Pardon 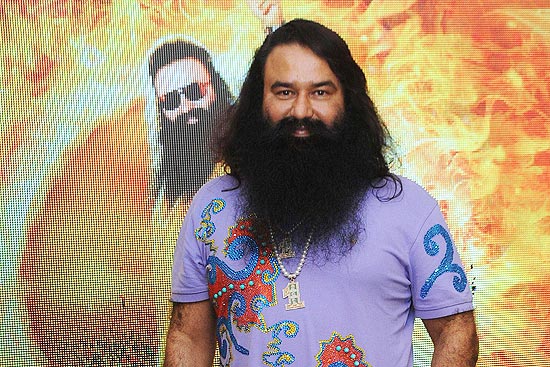 Last week, the Akal Takht, the supreme temporal seat of Sikhs at the Golden Temple in Amritsar, pardoned Gurmeet Ram Rahim, head of the Sirsa-based Dera Sacha Sauda, for ‘blasphemy’ committed in 2007. The pardon—which many say has been secretly and politically managed—not only ends nearly eight years of effective ostracism, it brings the controversial godman in alignment with the Shiromani Akali Dal (SAD). Gurmeet Ram Rahim has never ceased to amaze followers and detractors alike with such expedient political calisthenics.

To understand the ramifications of the pardon by the five head priests of Sikhism, it is important to go back to 2007, when Ram Rahim allegedly attired himself like Guru Gobind Singh, the tenth Sikh Guru. Sikhs were enraged, and the Akal Takht had issued a hukumnama to boycott the Dera. There were anti-Dera riots in Punjab, and Ram Rahim had refrained from visiting the state. It’s well known that the SAD had fanned the anti-Dera sentiment, part of the animus driven by the Dera’s support of the Congress in the 2007 elections. Although the SAD had won the elections, it had been wiped out in the Malwa region, where the Dera held considerable sway.

Cut to the 2014 assembly elections in Haryana, when the Dera announced support for the BJP. Ram Rahim faces several cases, including that of castration, rape and murder, and he stands chargesheeted by the CBI in two rape cases. With some hard talking, the political wing of the Dera was persuaded to back the BJP. Of the BJP’s 90 candidates, 44 went to seek the blessings of Ram Rahim and the party comfortably romped to victory.

With the Aam Admi Party (AAP) giving sleepless nights to the ruling SAD in Punjab, and an election due in 2017, Akali leaders have hit two birds with one stone: their party gets the support of the powerful Dera, with a rumoured following of 60 lakh in Punjab; what’s more, it is one up on alliance partner BJP. The long-standing alliance has been under strain for some months now, and BJP leaders have made it clear that they could well part ways with the SAD ahead of the 2017 elections.

A pardon from the Akal Takht makes the Dera functional in Punjab. And the SAD will be able to count on its support.

Note the endorsement of the pardon by chief minister Parkash Singh Badal, who called it “correct and acceptable”. The SAD-controlled Shiromani Gurudwara Prabandhak Committee (SGPC) too has concurred, though there is much anger in the SGPC and radical Sikh groups over the manner in which the jathedars have reversed a hukumnama without consulting the community in any way. While many are praising the chief minister’s sagacity in persuading the clergy to end a long-festering socio-religious conflict, there are many angry voices being heard—even in the SGPC. Senior SGPC member Kiranjot Kaur says, “The divide between Sikhs and Dera followers has been sharp and bitter,  and it is not something that can be smoothened in one go. Sikhs are feeling let down because of the secretive manner in which the decision was taken.” The Akalis, she says, have handed fringe radical groups an issue to revive themselves with.

But the Dera reaps rich dividends with the pardon. Besides the freedom to operate again in Punjab, the pardon allows screening of Ram Rahim’s second film MSG-2 (a sequel to MSG: The Messenger) in Punjab cinemas. So far, this did not happen for fear for attacks by radical or orthodox Sikh groups. The two films, starring the guru and co-directed by him, feature songs composed and peformed by Ram Rahim. Besides a message of universal brotherhood, they preach vegetarianism and abstinence from alcohol and drugs. The aesthetics may be dubious but the Dera claims the films and the songs are big hits.

In an act of conciliation, the Dera has publicly asked its followers to withdraw cases of attacks on them and “forgo all bitterness”. Smart moves—from the Congress, to the BJP, to now the Akalis­—showing that the rockstar baba can deal a mean political hand too.

Sprint As The Bell Rings