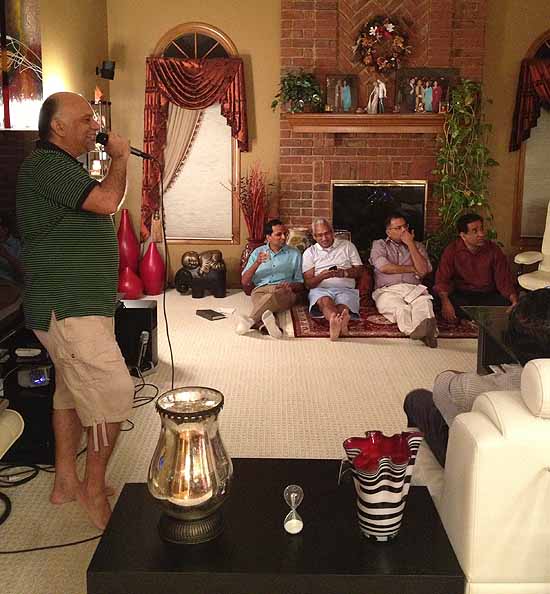 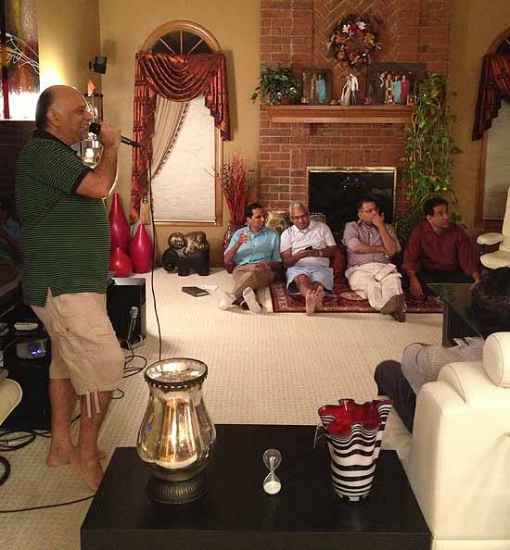 Avik Pal arrived in San Francisco in August of 1999, excited about the new horizons—literal as well as professional—that stretched out before him, though anxious about leaving India for the first time. The fab­led natural beauty of California’s San Francisco Bay Area and the Golden Gate Bridge that spans where the bay embraces the Pacific Ocean only served as poignant reminders that the 23-year-old was worlds away from his previous life in Kharagpur. “It was not easy in a new country,” recalls Pal. As homesickness threatened to get the better of him, Pal, a graduate of the Indian Institute of Technology at Kharagpur, instinctively reached out to a familiar source of comfort: fellow IITians.

Meanwhile, in another part of the Bay Area, Shan Bhattacharya, another IIT Kharagpur alumnus, and his wife were coming to terms with the absence of their young son who had left to study at Princeton University. Bhattacharya was pleasantly surprised to hear from Pal and recalls being moved to respond out of parental concern. “Our son was in a similar situation, so when we received the e-mail from Avik, my wife said, ‘Let’s go meet him,’” says Bhattacharya. The couple drove across town to meet Pal and invited him to spend the weekend at their home. By the end of that weekend, Pal had gained not just two friends, but the gift of a brand new TV set. Bhat­tacharya thought the TV was a good way to keep his young friend’s mind off being homesick. “My roommates were thril­led,” says Pal.

Such stories may not be uncommon among immigrant communities across America, but they are especially true for Indian Americans in California’s Silicon Valley where bonds forged at universities in India have not just endured, but strengthened miles away from home. These networks have produced friendships and, in some instances, opened doors to successful careers.

After receiving his masters in electrical engineering from the University of Cal­ifornia at Santa Barbara, Ashish Garg turned to his BITS Pilani alumni network when it was time to enter the job market. After going through the alumni mailing list, he discovered that there were other BITSians who worked at Cypress, a Sili­con Valley firm that had offered him a job. He sent out e-mails introducing himself as a fellow BITSian and immedia­tely doors began to open. Three BITSi­ans, all senior colleagues, ended up becoming Garg’s mentors. “I knew these guys on a personal level, so developed the confidence to be very open with them,” says Garg, who is now CEO of a San Jose, California, startup at which five of the six employees graduated from BITS and the sixth is the nephew of a BITSian. So was it a conscious decision to form a partnership with BITSians? ‘No!” Garg says with a chuckle. “These were the six people who were the closest to me.”

Stories of such kind of partnerships, whether professional or personal, are not unusual among people who are bound by a common alma mater. When IIT Madras alumnus Krishna ‘Kittu’ Kolluri first came to the US to study at the State University of New York at Buffalo in the 1980s, he sought out IITians who had come before him. Two of his three housemates were graduates of IIT Madras. Says Kolluri, who is now a general partner at the Menlo Park, California-based venture capital firm New Enterprise Associates, “Coming to America for the first time ends up being a bit of a culture shock.” He recalls feeling awkward operating an atm machine, ordering fast food and even shopping at a grocery store. “I hated this place when I first came here,” he says. “This is where the IIT support system kicked in and made it easier to become adjusted pretty rapidly.” Later in life, Kolluri tapped his seniors for advice as he contemplated a career change; and when he eventually started job hunting, he received offers from three Silicon Valley companies at which IITians were involved in the hiring process. 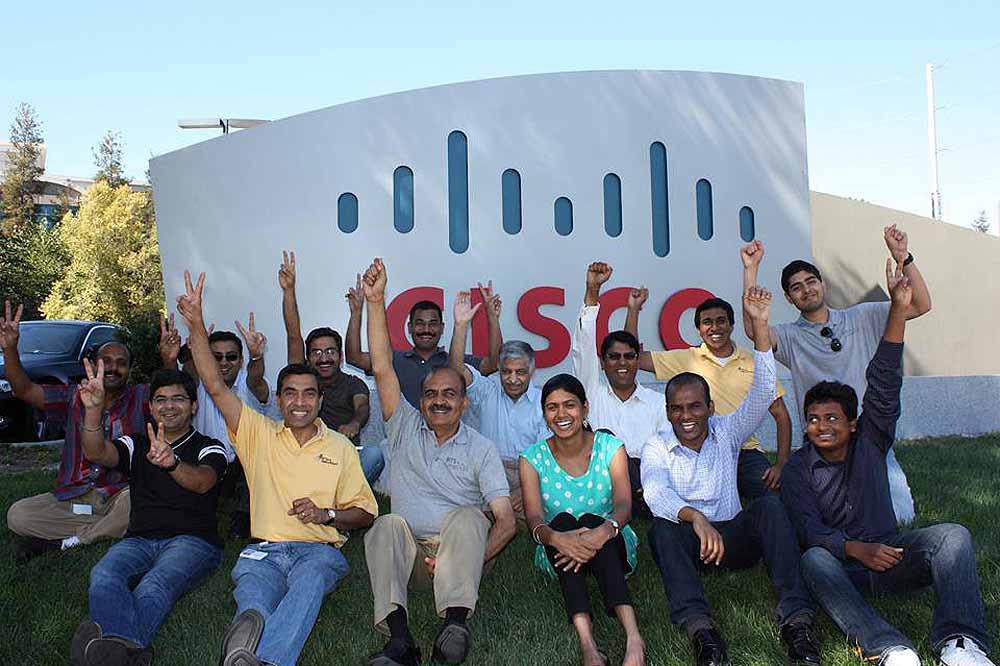 That was many years ago. Kolluri is now in a position to give back. “There aren’t that many Indian Americans in the venture capital industry, so if there is an IITian who is thinking of doing a startup, there is a very good chance that they will reach out to me because there is already a comfort level that they feel,” he says. Many of the companies he is involved with are led by Indian Americans, some of whom are IITians.

Similarly, San Mateo, California-based Umang Gupta, who recently sold his firm Keystone Systems, is at a point in his life where he enjoys mentoring others. Gupta arrived in Silicon Valley in 1978 and was Oracle’s 17th employee. “Anytime I get a request from somebody, if they tell me they are an IITian and they have a business plan and it happens to be in my wheelhouse, something I understand, I am always happy. There is always an automatic reduction of barriers that occurs when an IITian approaches me,” he says. Gupta was in fact part of the core group that in 2000 established PanIIT, which has representatives from among the alumni of all the IITs. He currently serves as PanIIT’s global chairman. “I may be a little biased here, but the clout of the IITians has never been higher in all my memory since I first came to America in 1971,” says Gupta.

Tragedy led to the birth of the BITS alumni group, when a scholarship was started in a 9/11 victim classmate’s name.

While alumni networks are often used as a stepping stone to professional success, they are just as useful in times of adversity. A tragedy led to the birth of the BITS alumni association. Vamsi Pendyala, a BITS graduate, was on the hijacked flight from Boston that crashed into the World Trade Center in New York on September 11, 2001. Three BITSians decided to create a scholarship in his memory. The plan drew instant support from his classmates. “That triggered the need for a formal structure to raise money in the service of alums,” says Fremont, California-based Raju Reddy. And so, BITS Alumni Association International Inc was born. Reddy is its chairman.

Around the same time, when the IT bubble burst, Seshan Ram­mohan, an  IIT Madras graduate, ran a “transitions group” for IIT alumni in the San Fran­cisco Bay Area. Every Thu­rsday, the group would meet at an Indian restaurant in Sun­nyvale to discuss life-changing decisions precipitated by the downturn in the market. Ram­mohan, who is now retired and serves on the executive committee of the IIT Madras Alu­mni Asso­ciation, has not only helped IITians but has also sought them out for their help. When he was contemplating a move to the San Francisco Bay Area, it was encouragement from his IITian friends that made his decision easier. Later, job offers poured in from those contacts. “This doesn’t happen just because you have an e-mail address or a Twitter or Facebook account. You have to invest in your networks,” Rammohan says. 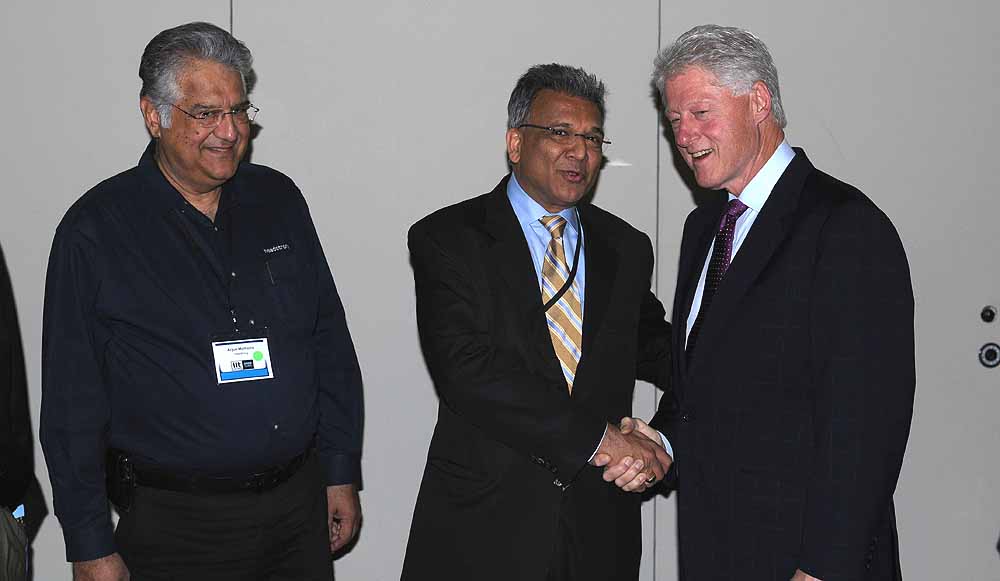 While Silicon Valley is synonymous with tech talent from the IIT and BITS pools, the Indian American community has its share of success stories in other professions, including medicine. For Indian American doctors, the alumni networks of their Indian alma maters may be smaller, but are just as important. Dr Jacob Eapen, who received his undergraduate degree from the Trivandrum Medical College (TMC) and post-graduate degree from Christian Medical College, Ludhiana, says the CMC alumni is doing a lot to give back to its alma mater, whether it is through fundraising, sending equipment to Ludhiana or even volunteering time. “We want our alma mater to do better,” says the paediatrician and medical director of the Alameda Health Systems.

BITS alumni are also giving back to their alma mater through several initi­atives, including the multi-million-dollar BITS Connect 2.0, which envisions bri­nging state-of-the-art telepresence and interconnectivity to all four BITS campuses in Pilani, Goa, Hyderabad and Dubai, says Reddy. Yet, what Indian Americans give back to their alma mater in India pales in comparison with what the alumni of US universities give back to theirs. “Whether it’s the IITs or BITS, we have a long way to go compared to US universities in terms of giving back,” admits Reddy.

Eapen complains that while some Indian Americans have done well in the US, there is no “proportional gratitude”. He believes he has a “moral obligation” to give back to his alma mater in India, especially now that his daughter, Sandhya, is attending medical school in the US for which she is paying $75,000 a year. When Eapen was a student, the fees at TMC was around Rs 500 every seven months. “There’s no such thing as a free lunch, so I’ve always felt like I need to give something back,” he says.

Alumni associations aren’t just about serious stuff. They’re also about fun and games. Sometimes quite literally. This year, BITS alumni designated the first Friday of August BITSians Day, a day on which alumni around the world cele­brate their common bond. In the San Francisco Bay Area, IITians have started a FunDA club for social gatherings and have formed golf, scotch- and wine-tasting and hiking groups. Such gatherings “are full of bonhomie”, says Kanwal Rekhi, MD, Inventus Capital Partners. “IITians are irreverent and don’t tolerate fools, so much so that they’ll break into premature applause to terminate a speech they find boring,” he says.

At the end of the day, alumni connections may help open doors, but success boils down to personal merit. “Just because there’s a guy from your alma mater out there, that doesn’t help you,” says Rohit Koul, CEO of BITSaa International Inc. “But it does help to know that if these guys can make it, so can you.”

By Ashish Kumar Sen in Washington