Can the Rafale deal be as potent a scandal for the Modi government as Bofors had been for Rajiv Gandhi in 1987? 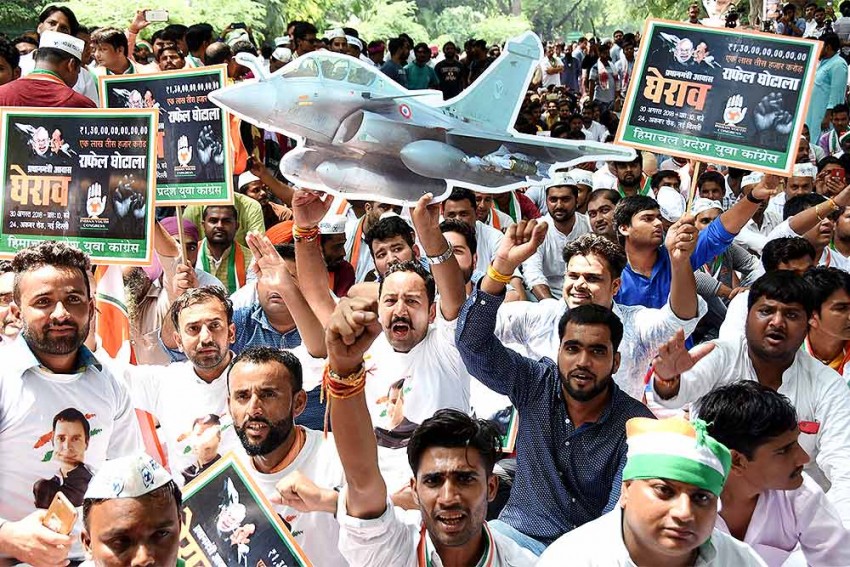 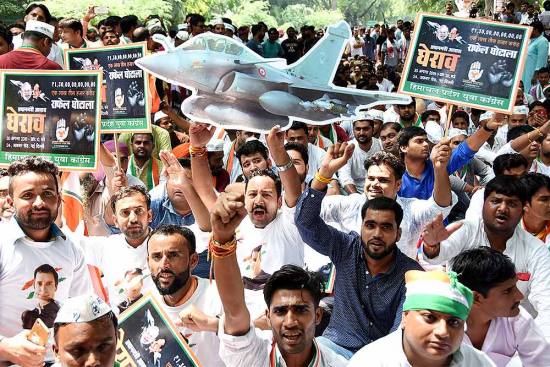 Public perception plays a key role in determining a leader’s lon­­gevity in politics. However, unf­­­­oreseen events can scu­ttle well-laid-out plans, cutting short political careers and consigning leaders to the margins. If the fickle pattern of the Indian political landscape is anything to go by, politicians and obs­ervers will do well to keep a weather-eye on the tussle betw­een the ruling party and the challenger to the prime minister’s chair over the multi-billion dollar Rafale deal.

The moot question: Can the Rafale deal be as potent a scandal for the Modi government as Bofors had been for Rajiv Gandhi in 1987? His son Rahul, who was barely 17 then and now the Congress president, is determined. “The fun has just begun,” he says, claiming to prove that Modi is not a “chowkidar” (security guard), but a “chor” (thief). Defence minister Nirmala Seetharaman is alive to the challenge. “We know there is a perception battle. We will fight it,” she says.

Since the Bofors scandal, all  major defence contracts have come under scrutiny by political opponents of the government and rival arms suppliers.

With key states—Madhya Pradesh, Raj­asthan and Chhattisgarh—going for ass­e­mbly polls later this year and parties gir­­ding their loins for the 2019 Lok Sabha elections, the Congress is determined to generate enough heat over the purchase of the 36 fighter aircraft from France to keep the BJP-led Narendra Modi government on the backfoot.

For its part, the BJP dismissed Rahul’s criticism by terming the whole thing as low tactics—a desperate Congress, having failed to form an opposition coalition, looking for partners and allies outside the country. The BJP’s reference was to a former Pakistani minister’s remarks that if Rahul played the Rafale controversy properly, he can be the next premier.

In December 1984, Rajiv Gandhi won a massive, record mandate—414 seats in the Lok Sabha—in the wake of Indira Gandhi’s assassination. Though initially touted as “Mr Clean” for his anti-corruption drive, Rajiv started losing his popularity from 1987 onwards after allegations of kickbacks in the purchase of the Bofors gun deal tainted him. Though his guilt was not proved “beyond reasonable doubt”, Rajiv lost the next Lok Sabha elections in 1989. Can such a thing repeat itself in the Indian political theatre?

The ongoing controversy is over the purchase of 36 Rafale fighters for the Indian Air Force that India signed with the French in 2016 at an estimated cost of over $9.2 billion. The Modi government’s opponents accuse it of tweaking the contract to get Reliance Defence Ltd of Anil Ambani to be the Indian ‘offset’ partner of the French makers Dassault Aviation. The government had denied the accusation, saying it had no role to play in the choice of Dassault’s Indian partner.

But last week, former French Pre­si­dent Francois Hollande dropped a bombshell that brought a new twist to the row when he asserted that Das­sault Aviation did not have a choice, since the Indian government chose Reliance Defence Ltd as its partner.

Predictably, his remarks to the French web portal Mediapart was picked up in India, imparting a new ferocity to the Congress’s charges, while startling the curr­ent French government, as well as the diplomatic community in Delhi. “What was the compuls­ion for Hollande to make a remark that embarra­sses his former partners in the Indian governm­ent and raises questions about France’s reliability as an interlocutor in fut­ure negotiations on key issues, besides jeopardising the Rafale deal?” asks a former Indian foreign secretary.

Rahul, predictably was unrelenting. “The PM personally negotiated & changed the #Rafale deal behind closed doors. Thanks to Francois Holl­ande, we now know he personally delivered a deal worth billions of dollars to a bankrupt Anil Ambani. The PM has bet­rayed India….,” he tweeted.

The process to acquire 126 Medium Multi-Role Combat Aircraft (MMCRA) began in 2007 in an attempt to replace the ageing MiGs of the IAF. Six firms, such as the US’s Lockheed Martin and Sweden’s SAAB, besides Das­sault, bid for the coveted contract. Dassault was chosen as the lowest bidder, after the Rafale was put to the required tests of India’s climatic conditions. Initially, 126 aircraft were to be bought, 18 off-the-shelf in a “flyaway” condition; the rest were to be made by Dassault in India with an Indian partner.

But even after finalising the deal in 2011-2012, it was marred by inordinate delays, mainly over “man-hour” req­uired and sharing of responsibility bet­ween Dassault and its Indian partner, Hindustan Aeronautic Limited (HAL). Meanwhile, the BJP-led NDA government came to power in 2014.

Pressure from the IAF over the urgent need to replace its fast-depleting fighter squadrons and the possibility of restarting the entire bidding process if the contract with Dassault were to be scrapped led the Modi government to buy only 36 Rafales. In this, Anil Ambani’s Reliance Defence became the “offset” partner of the French.

Though the NDA government stoutly denies any push in fav­our of Reliance Defence, rep­o­rts in the French media of Rel­iance Entertain­ment having invested in a French film of Holl­ande’s partner, Julie Gayet, days before the deal was signed, raised questions over the fairness of the deal.

Some say that since Hollande is not a serious player any longer, his remarks can be dismissed. Others state that it was under his presidency that the deal was signed, and thus his remarks have to be weighed in.

Commentators point out that controversies surfaced from the time India began to procure defence platforms from sources beyond the Soviets/Russians, during Morarji Desai’s Janata government that came to power in 1977. However, significantly, the Bofors scandal was highlighted by an insi­der—V.P.Singh, who held the defence portfolio in Rajiv’s cabinet. No insider has broken ranks with PM Modi thus far.

Journalist Rajdeep Sardesai observes, “When you head a party which has been in power for much of the past seven dec­ades, how do you reposition yourself as the angry young outsider and stay on the right side of the perception battle?” That is a point for Rahul to mull over.

As the controversy dredges the murky depths, there is no doubt that the induction of new aircraft for the IAF will be delayed. The lead actors in this political theatre need to address that too between scenes.

The Man Who ‘Messed Up’ The Idli