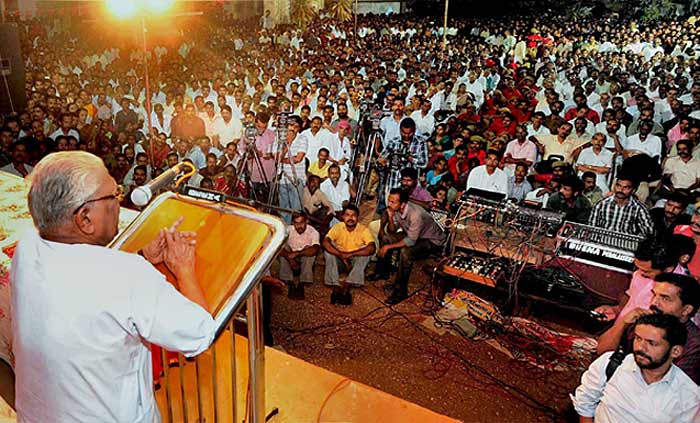 As Malayalis get set to welcome the traditional new year (on April 14), there’s growing expectation that a change of government is on the anvil, the Congress-led United Democratic Front (UDF) replacing the ruling Left Democratic Front (LDF). Elections in Kerala are slated for April 13 to elect new members to the 140-seat state assembly. Most pre-poll surveys indicate a lead for the UDF, with the coalition getting anywhere around 80 seats.

Reading the tea leaves in their cups, many LDF constituents switched camps in the last one year or so. This includes a strong faction of the Janata Dal (S) and Kerala Congress (J). Kerala University political science department head G. Gopakumar says, “Structurally, the UDF is much stronger now; the LDF is left with just the CPI(M) and the CPI to draw in votes. The UDF has over three vote-pulling parties and can exploit the anti-incumbency sentiment too.” (Since 1982, Kerala has been locked in an alternating cycle of LDF and UDF governments.)