Riddle Of The ‘Safe’ Plane 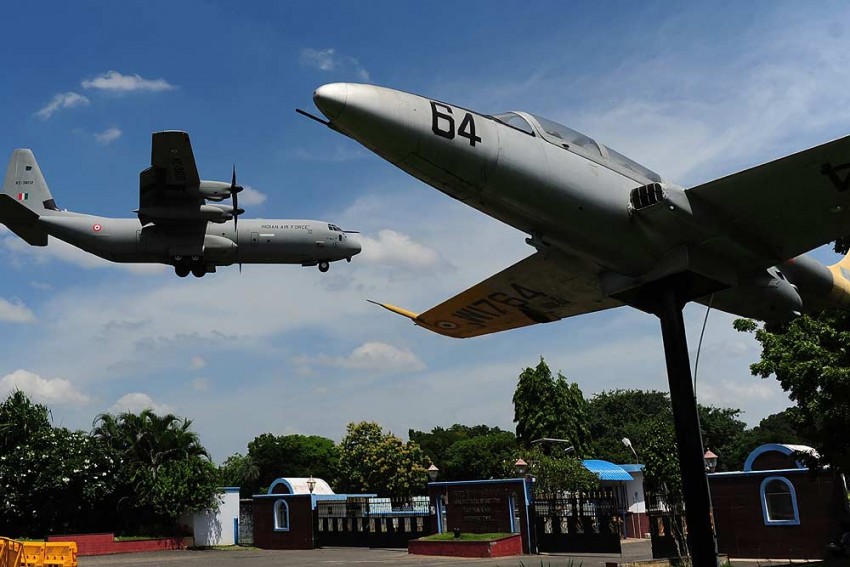 AWOL
A C-130 returns after a failed mission to trace the missing AN-32
Photograph by Getty Images
Mihir Srivastava July 29, 2016 00:00 IST Riddle Of The ‘Safe’ Plane 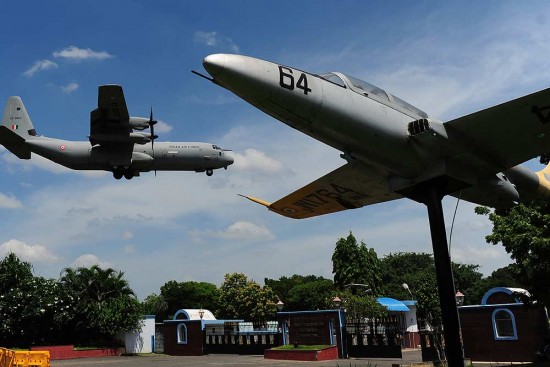 At the Air Headquarters in South Block this Wednesday, an officer called up the operational command and asked, “Any joy?” The reply: Nope. There was still no trace of the AN-32 that disappeared over the Bay of Bengal on July 22 while on a routine sortie to Port Blair. There were 29 people on board when it took off from Tambaram Air Force Station, located in a suburb of Tamil Nadu’s capital Chennai. Forty-three minutes into the flight, it went off the radar.

Air traffic control did not panic, though. It was, they explained later, normal for an aircraft to enter what is known as a ‘space void’ when all communication with the cockpit gets snapped. But when contact was not re-established even after the ‘normal’ gaps of 45 minutes to an hour, the aircraft was declared ‘overdue’. When it didn’t make it to the destination by the scheduled landing time of 1145 hrs, only then were the panic buttons pressed. Under thick cloud cover and in inclement weather, one of the biggest ever search-and-rescue ope­rations in the Indian seas was launched, involving 16 ships, 17 aircraft and a submarine. But the pleasure of listening to the ‘ping’ from the missing aircraft’s Emergency Locator Transmitter (ELT) was not to be theirs. At least twice earlier, when Dorniers had crashed, their ELTs had failed to respond, say old-timers. This time, the air force had also deployed two C-130 aircraft equipped with electro-optical and infra-red sensors and the Indian navy pressed a Poseidon-81 aircraft equipped with synthetic aperture radar.

Those in the rescue aircraft hovering over the Bay of Bengal could see the prospect of salvaging the aircraft going increasingly bleak. The ocean here, they said, is three-and-a-half-kilometre deep, generating enough pressure to flatten the aircraft on the seabed. But the rescuers are loath to give up. “We will leave no stone unturned,” says an IAF officer. “After all, they were one of us.”

A pilot in the Indian Coast Guard, who has been part of several search operations, confided it was puzzling how the aircraft apparently went down without even allowing the crew to send out ‘May-Day’ signals. The pilot had over 900 hours of flying experience, the co-pilot too was a veteran and AN-32 is deemed to be a “safe” aircraft.

The AN-32 (full name: Antonov-32) transport plane is known as a workhorse. Inducted into the air force in phases between 1984 and 1989, it remains the mainstay of the air force’s transport stable. Old-timers are hard put to recall when, if ever, any of these planes was lost. Around 100 of these aircraft are still in operation with the IAF.

Retired air vice-marshal Kapil Kak, who was in the team that requisitioned the first batch of AN-32s in 1984, explains that the aircraft was specifically prepared for India’s needs, primarily for high-altitude flying, with stronger avionics and better radar system. Some indigenously manufactured systems were also incorporated.

“It’s the nature of the beast,” Kak adds philosophically. “Military-aviation is a risky affair.” The aircraft, though, are routinely pushed to serve beyond the limits specified by the manufacturer. Kak mentions his experience flying Fairchild C-119 Flying Boxcar—a WW-II American military transport aircraft—in the 1960s. The altitude limit prescribed was 10,000 feet, but “in the post-China war scenario, we routinely landed the C-119 at the highest airfields, way above 10,000, as high as 16,000 feet,” he recalls.

After his maiden flight on a Poseidon-8i—the long-range surveillance aircraft manufactured by Boeing, one of the eight aircraft inducted into the Navy in the past three years—defence minister Manohar Parrikar cleared the proposal for acquisition of Poseidon-8i worth a billion US dollars. Four such aircraft will be delivered in the next three years.

But that is no consolation to the families of the 29 who went missing with the plane. Eleven of them were from the air force, two were from the army, one each from the navy and the Coast Guard, bes­ides eight civilians working with the def­ence ministry and six crew members.