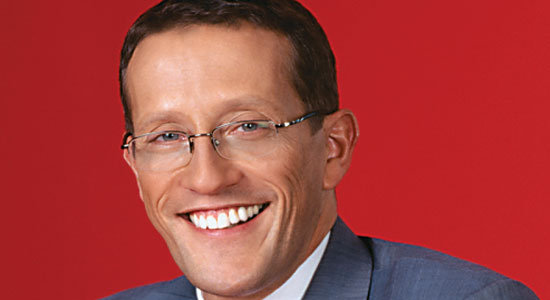 What brings you to India?

India is emerging as one of the strongest economies in the G20, so I wanted to test the temperature here for my show here.

Would you put your money on India or China?

China for its rising economic importance. India for its democratic economic relevance.

When will India recover from the downturn?

It should record a growth of 6-7 per cent this year, and if the recent industrial growth of 10.4 per cent is taken into consideration, the worst is already over.

Which Indian businessman has impressed you the most?

Naresh Goyal, chairman of Jet Airways, because he’s got vision. Pitting yourself against a state carrier and winning is never easy.

Which is the one business idea of this decade that has changed the world?

3G mobile phone technology. Much of the developing world has bypassed trunk dialling to jump straight to the mobile phone.

What do you think of our business channels?

They’re good and extremely aggressive. The race and energy is the most refreshing part.

Twitter strikes me as an utter waste of time, and I doubt the sustainability of 140-character communication. I feel Facebook allows for the building of a more multifarious community.

You’re a royal family expert. What is the future of monarchy?

In a recent speech, Prince William talked about how he wanted to be more than just an ornament. The institution is in good hands.

Your critics call your reporting style loud and brash.

If you’re annoyed by my reportage, don’t watch!

Last year, you were arrested for drug possession.

That was a deeply regrettable moment. The only reason I’ve been able to continue what I do is because of the support from family and friends.