Rewind To An Archaic Law

It's not a ban of the film in TN, but a British-style suspension of screening 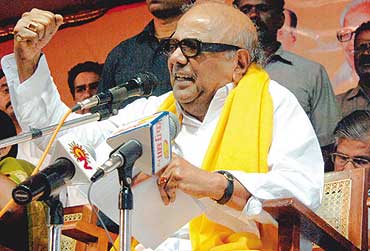 Ironically, the movie is being distributed in TN by A.V. Mohan, a Catholic, under the banner of Anu Roshni Films. He reportedly offered to screen it privately for the CM to convince him that there's "nothing objectionable" in it. The state has a Christian population of about two per cent. Sources say Ezra Sargunam of the Evangelical Church of India, a former state Minorities Commission member close to Karunanidhi, expressed concern over the film. This provided the trigger.

Strangely, the two-month suspension is not a ban, thus leaves only theoretical scope for a collector to screen the film if he perceives that peace won't be disturbed. Film writer Theodore Baskaran says this reminds one of what used to happen during the British period. "Films that had anything to do with the Gandhian plank used to attract the adverse attention of the British. In 1921, the Madurai collector banned Kohinoor Films' Bhakta Vidur because Vidur would spin the charkha when imprisoned," he notes.