A resurgent India bests the Aussies in a frenetic quarter-final 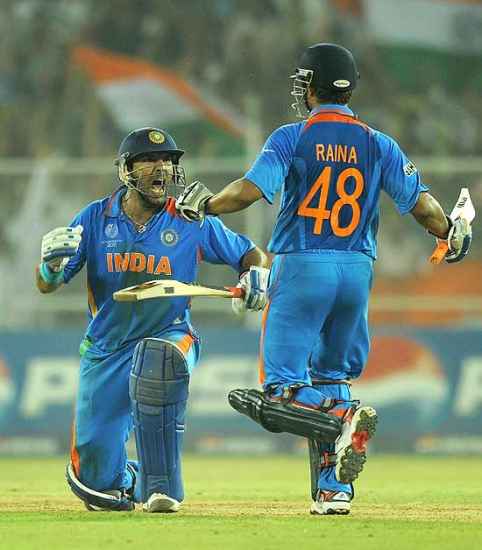 The stands practically draped, end to end, in the Indian flag. Dead silence at Aussie successes, tumult at India’s. Cries of Ganpati Bappa Moreya and the rather lesser devout ones of “Australians suck”. The scorer in the press box beginning the proceedings with a loud Jai Hind. Young men taking their shirts off and doing a Ganguly with them. Thus, in a city which has perhaps patented its own brand of extreme nationalism, India beat Australia to reach the semi-final for a confrontation with an opponent considered its principal historical and cricketing antagonist. India meets Pakistan in Mohali. But for now, savour this moment.

The heartstopper of a contest provided the 42,106-strong crowd their money’s worth—the thrill of seeing India take itself across the finish line. Despite signs of choking, India raised their game for what was their most difficult clash of this World Cup—the fielding and the bowling were their best in the tournament, though the running was in parts frighteningly amateurish.