Rev Up.... Another Mirage

A palpable price cut for cars? Only if they're made smaller. Ah, that won't happen. 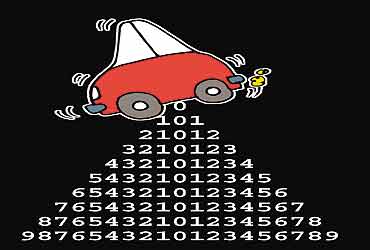 The alacrity with which both Maruti Udyog and Hyundai Motors India went about announcing a reduction in sticker prices on their smaller cars in line with the excise cuts within minutes of your excellent speech, and the slightly delayed but similar response from Tata Motors prompted many, including myself, into believing these were real cuts. Aided, no doubt, by the gushing responses from my friends in the motoring media who have probably not the faintest clue on automobile pricing and excise laws.

Better they prattle happily about the high-priced, top-end cars imported on the pretence of running them as taxis under the duty-free import scheme by sundry entities—whom other arms of your ministry are now nabbing. Meanwhile, the rest of us can try to figure out how the purveyors of the Great Indian Small-Car Trick 2006 manage to ostensibly reduce prices but still keep monthly emis at almost the same levels, if not slightly higher thanks to costlier credit and spiralling service taxes for smaller cars.

Sir, this is the truth. The car dealers in front of my house are tying themselves in knots trying to explain where the so-called and much-touted reductions have vanished and what the truth in numbers really is—and these are people who have been able to convince honest, vigilant and hardworking departments like MCD and DDA for decades now about such things.

If nothing else, full marks to M/s Khattar, Subbu and Ravi Kant for playing their perception management cards to the hilt, and getting almost everyone to believe them, too. Khattar San was especially good when he woefully said on TV that his company would take a Rs 30-40 crore hit in reducing prices on stocks with dealers. Subbu Garu from the chaebol, in turn, was predictably terse with a one-word "No" when I asked him if he could reduce the length of the Hyundai Accent to below four metres. Add to that some gobble-de-gook by the badly fitting suits from General Motors and Honda about their price reductions even when they were not beneficiaries of the excise cuts, and you get the picture.

Sir, I wish to add, who needs expensive endorsements costing crores (plus service tax at 12 per cent) from sundry cricketers and film stars when the entire automobile industry has managed to pull a fast one on all of us? Likewise, those of us who will choose to remember the heavy discounts varying from Rs 20,000 to Rs 50,000 and sometimes even more on sticker prices for new cars in the weeks and months leading up to Budget 2006 will understand. These post-budget reductions were in effect not much more than rejigging the ex-factory excise prices downward to do away with the discounts already on offer. A true price reduction by these three manufacturers would have brought the ex-factory prices down and retained the discounts. The said discounts, needless to state, have vanished.

But more than that, sir, since you do talk about these price cuts helping India become a world leader in small-car production, how about this: a 100cc motorcycle used to cost about Rs 20,000 when a Maruti 800 cost about Rs 50,000 15-20 years ago, and M/s Munjal and Bajaj were smiling even then. Now a much improved world-class 100-125cc motorcycle costs around Rs 30,000 and many more Munjals and Bajajs are still smiling, but the same old doddering Maruti-800 costs Rs 2 lakh, a Zen, Santro or Indica costs Rs 3 lakh and more. Do the math, sir, and work out what a small car in India really ought to cost for it to be globally competitive.

Further, reducing the excise duty on the basis of engine cubic capacity (1,200 for petrol and 1,500 for diesel) and overall length (4 metres) is fine, in line with common sense unless the manufacturers start reducing length of car as well as piston stroke at point of excise and increasing it subsequently. But could we also see some technological improvements, minimum safety standards and fuel efficiency, please? Many of us who hope to benefit from improvements and cheaper fares for inter-city public transport would like to look at small cars using alternate or new-generation fuels as personal transportation for short runs. So could you please look at reducing the excise duties on batteries used for electric cars also?

Sir, I also request you to consider increasing excise duty, tolls, parking charges and other running costs for larger and costlier automobiles. Many such cars may be seen outside your office if your people want to check out the makes and models. Paying extortionate parking charges for pavements and highway tolls on unfinished motorways to local hoodlums is bad enough, but paying the same amount in running costs as that paid for a car that is thrice as long and pollutes 10 times as much is really beginning to choke us in our teaspoon of petrol and diesel, and you don’t have to be reminded how prices for those may go up soon too.