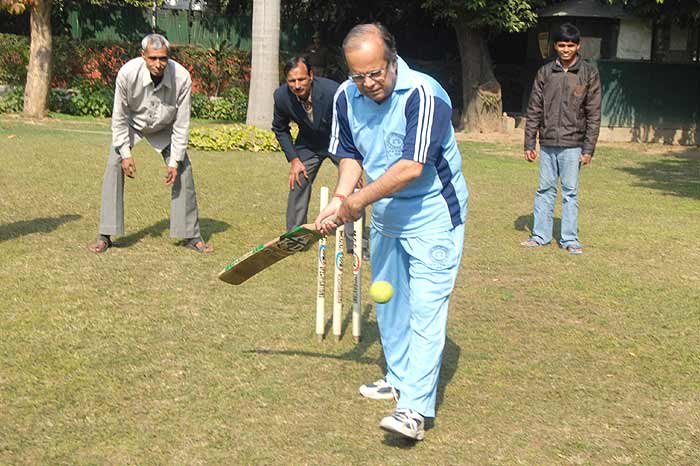 Supreme Court judge Justice Asok Kumar Ganguly delivered the landmark judgement scrapping the 122 2G telecom licences on February 2 and retired the day after. He talks at length to Chandrani Banerjee, detailing his last day in office and other lesser-known aspects of his life. (For example, the other side of the judge who spends his free time playing cricket with his support staff.)

Your views on corruption in the judiciary?

What about the conduct of retired judges as far as airing their opinions is concerned?

I strongly feel that retired judges should not express their opinions on matters pending before the court. They can write and express their opinion otherwise and they have every right to do so. However, in case of pending matters, it turns out as an effort to influence. The aim in many cases may not be so, but it will appear so and should be avoided.

"The executive is functioning well, but there are occasions when the courts need to intervene...."

In 2008 when you were chief justice of the Madras HC, you suggested that judges get some training in psychology to deal with ‘relationship cases’.

We get different types of cases in court. Some of them are related to different aspects of human relations that need us to widen our understanding of these aspects. Human relations are not always governed by the law books and judges need to look beyond its boundaries to deal with such cases. If required, they should not hesitate to take up training that will help them understand a case better, get the right perspective which in turn will help deliver the right verdict.

What are your views on the debate about the charges of judicial overreach, that it is intervening in the functioning of the executive?

The court is supposed to intervene if there is dissatisfaction with the functioning of the government. I believe the executive is functioning well but there are occasions when the courts need to intervene...it helps bring out the best.

You are a great fan of cricketer Sourav Ganguly. But in a 2009 case against the then CPI(M)-led Bengal government’s allotment of land to him in Calcutta’s Salt Lake area, you ruled against him. Do you think judges need to maintain a code, that their conduct should be above likes and dislikes?

Well, judges have to keep everything aside while discharging their duties. The moment a judge enters the court, he/she has to think differently. The West Bengal government action of alloting land to Sourav was wrong, which was why it was later cancelled by the apex court. In my judgement, I expressly mentioned this fact. I have watched him on the TV many times and I have been delighted by his glorious cover drives and effortlessly lofted drives over the fence. But as a judge I must be objective and eschew my likes and dislikes and render justice to the cause which has come before the court. I cancelled the land allotted to one of my favourite cricketers, who incidentally has a similar surname to mine.