After Paris, the Muslim majority cannot stay silent any longer 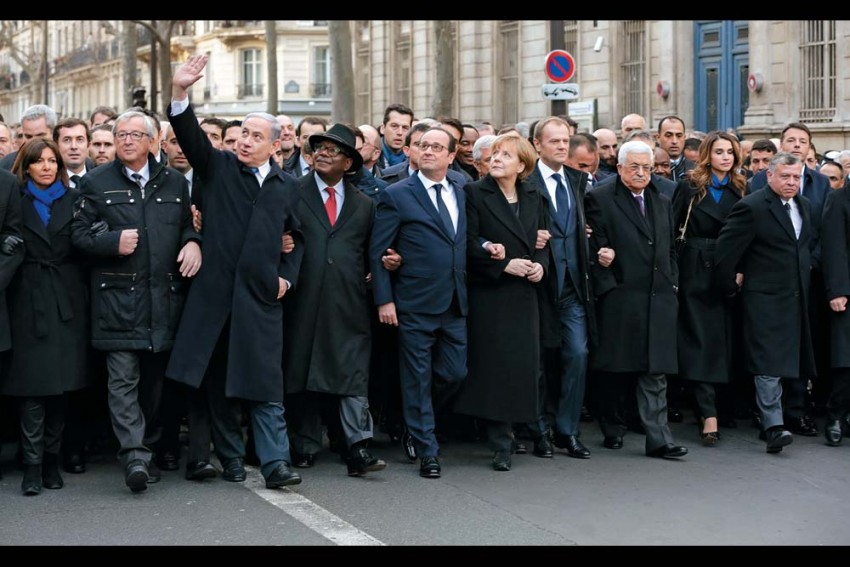 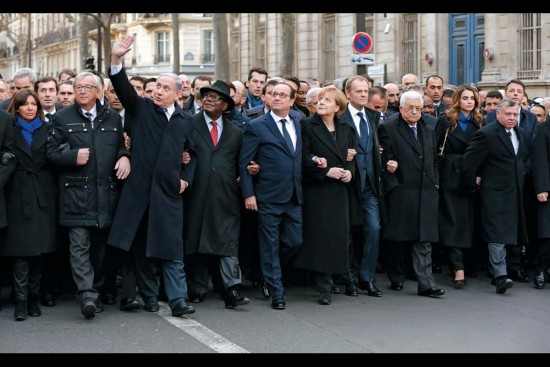 As a Frenchman, I couldn’t help being moved seeing 40 heads of state walking together in Paris on January 11 along with two million other people marching for a better world, the children singing the Marseillaise, and the ‘Je suis Charlie Hebdos’ painted on a thousand faces. Something happened in France after the Charlie Hebdo massacre: the French spirit of Liberte-Egalite-Fraternite rose up, probably as never before in the last 100 years.

There were, however, many Muslims in France who begged to differ. It has been reported that hundreds of French government websites were compromised by Fre­nch Islamic hackers and messages such as ‘I am Muslim and not Charlie’ posted. It’s also come out that thousands of Fre­nch Muslim boys refused to par­ticipate in the minute of sil­ence in French schools on Jan­uary 9 for the dead journalists.

Many Muslims, and non-Muslims, have also been saying that maybe the Charlie Hebdo cartoonists had it coming as they kept insulting Islam. How do the two acts compare? OK, the cartoonists have done something that offends Muslims, that is depict the Prophet, but did they kill anybody? Did they violently snuff out human lives as the Kouachi brothers did? From a dharmic point of view, or even a Christian one, which act would carry the blackest karma: offensive cartoons or the taking of human lives?

In that context, it’s interesting to read the e-mail exchanges between western and Arab journalists at Al Jazeera TV cha­nnel, which is owned by the Qatar state and has some of the best former CNN and BBC anchors in its ranks. Executive producer Salah-Aldeen Khadr’s instructions on  how to cover the Charlie Hebdo events (he urges them to say that these att­acks were only against the ‘racist’ cartoonists and not aga­inst ‘free speech’) provokes an angry retort from some wes­tern employees like US correspondent Tom Ackerman, who said “these murders cannot be condoned in any way”, while Doha-based Mohammed Salim writes that “if you insult 1.5 billion people, there is bound to be some killing...”.

Is there a clash of civilisations then, as witnessed between the western and Arab journalists? French president Francois Hollande stated again and again that the Charlie Hebdo attacks had nothing to do with Islam. French National TV and France2, which covered live the drama for three days, never used the word ‘Muslim’ once. Neither did CNN, which reflected the American uneasiness with the cartoons (no US representatives were present at the Paris march).

What will it take for the world to opens its eyes and ack­nowledge that a real war is going on? In the last year we have seen the ruthless killing of westerners in the Algerian gasfields, the bombing of the Westgate mall in Kenya; the Boko Haram abduction of 500 Nigerian girls and the massacre of an entire village; the medieval beheadings of western journalists in Syria and the killings of the Peshawar schoolboys, to men­tion a few. Now the horror of Charlie Hebdo. How can one put on the same footing some irreverent cartoons and these crimes against humanity?

We keep hearing that this terror is only the work of a few ‘fanatics’ and that the majority of Muslims are peaceful. But what we saw during the rise of Nazism is reproduced today: nobody can see the threat, everybody wants peace at any cost, people are scared of war and violence and those who speak about a real threat, about an asuric force that wants to take over the world, are lambasted and crucified. Do you think all Germans were bad then? Not at all: maybe 10 per cent were hardcore Nazis and only 1-2 per cent actually performed crimes against humanity. There were many good Germans, as there are today so many good Mus­lims. But the silence of the German population is what allo­wed Hitler to kill 40 million people. We saw Muslims joining multi-religious marches, such as the one in Paris, or earlier in Mumbai, but we have not seen anywhere in the world, inc­l­uding in India, Muslims descending together in the streets to protest these acts perpetrated in the name of their Prophet.

But there is a way forward for Islam. In a piece titled Yes, Islam needs Reform, Mohammed Asim, a senior news editor at NDTV, argued that “the problem with Islam is that it’s  stuck in a time-warp. While other religions had their reform mov­­ements and change-bearers.” He advocates “the need is to rescue Islam, and rescue the text and the religious philosophy from the orthodoxy and propagate ideas and interpretations that are in sync with modernity and scientific inquiry”.

(Gautier is editor-in-chief of the Paris-based La Revue de l’Inde. )

‘France Tries To Mask Its Islamophobia Behind Secular Values’