Repo And Its Masters

A RBI governor remembers his doughty fights, but cuts down on the math 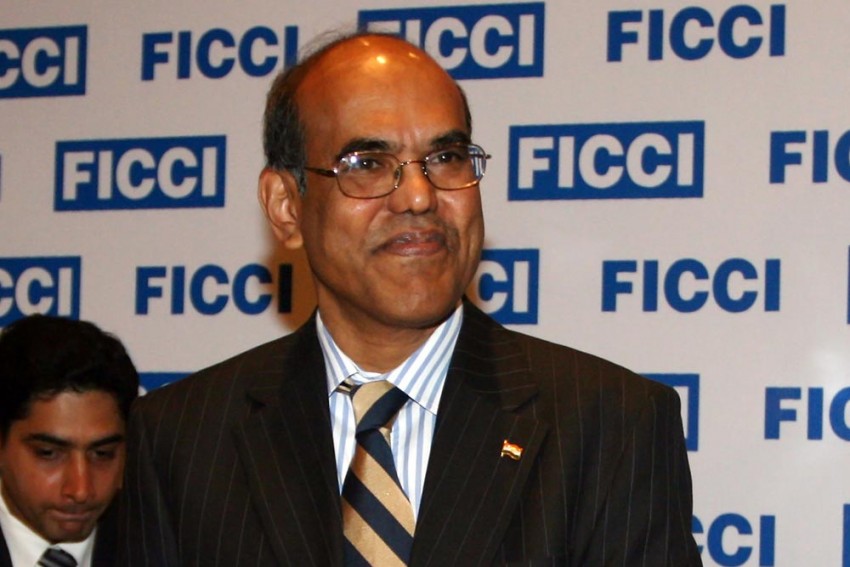 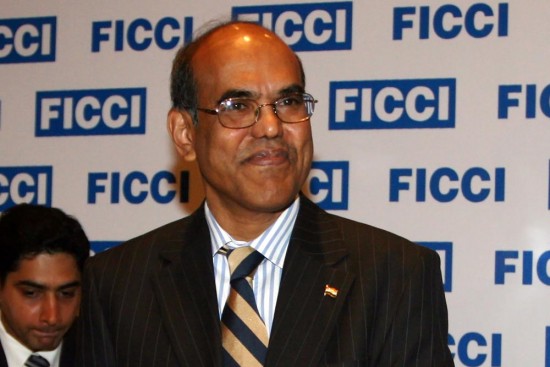 Central banks have been labelled exotic beasts: rarely seen in public, much less understood. Realisation of what central bankers do has been seeping in slowly. Over the past few decades, as bond and currency trading acquired gargantuan propor­ti­­ons, the arcane world of dealers kept a close watch on every statement coming out of central banks, parsing each phrase and analysing each nuance. Any action, or the faintest hint of a future one, had the potential to affect currency prices, bond rates and indi­vidual fortunes. This need for analysis and interpretation also produced a large tribe of writers called ‘central bank watchers’.

Over time, as societies overwhelmingly bec­a­me dependent on debt— for housing, education or buying their next television—larger sections of the population got interested in the central bank’s actions. Any increase or dec­­rease in interest rates, or liquidity conditions, had a direct impact on household incomes and lifestyles. And yet, despite this growing interface, cen­­tral banking remains shrouded in a mysterious and inscrutable cloak.

Former Reserve Bank of India governor Duv­vuri Subbarao makes a valiant attempt to lift this veil and demystify a central bank’s workings. This is a first and we hope this will enthuse others to share their views. But there are two ways of viewing the book’s purpose. One, in trying to explain a central bank’s operations, Subbarao creates an opportunity to justify his actions dur­ing 2008-13, a period of stubbornly high inf­l­ation, extraordinary exchange rate volat­ility and an unprecedented (and unbroken) spree of interest rate increases. A converse view is also possible: its primary function is to rationalise his actions and he uses it to dec­ode the RBI’s actions and working styles. Which set of lenses have been used? The narrative str­u­cture and the tenor seems to suggest it’s the latter.

This becomes clear as one ploughs thr­ough an otherwise eminently readable account. The book’s pre-launch publicity focused on the governor’s well-publicised conflicts with former Union finance ministers P. Chidambaram and Pranab Mukherjee. Central bankers have traditionally shared antagonistic relationships with fiscal authorities. The book dwells at length on Subbarao’s differences of opinion with Chida­m­baram and Pranab, and how rising prices and a slowing economy widened the rift between Mumbai’s Mint Street and Delhi’s Raisina Hill.

The book would have been more honest if it had Subbarao’s role as finance secretary and his dealings with his predecessor.

But, with due apologies to Shakespeare, met­hinks the governor doth complain a bit. This is not to imply he was wrong in his stand on interest rates. Subbarao stood up against the collective might of the government, Parliament, a misinfor­med finance sector and uninformed commentariat by defending his right to raise interest 13 times in quick succession. He explains quite expansively why the situation warranted such drastic action. The fiscal and monetary expansion post the 2008 trans-Atlantic financial crisis, without adequate investment in production and supply capacities, embedded inflationary tendencies in the economy. Given political leaders’ reluctance to tighten fiscal reins, it was left to the monetary authority to attempt demand compression through interest rate increases.

Faceoffs between monetary and fiscal auth­orities are built into the design; Subbarao mentions as much in the book. In times of crisis, both work in lockstep, as was evident after the 2008 meltdown. But, the impact of an expansionary fiscal policy on inflation and economic growth was ignored by the political class and India’s cossetted business interests. Much of the book describes this clash of ideals. 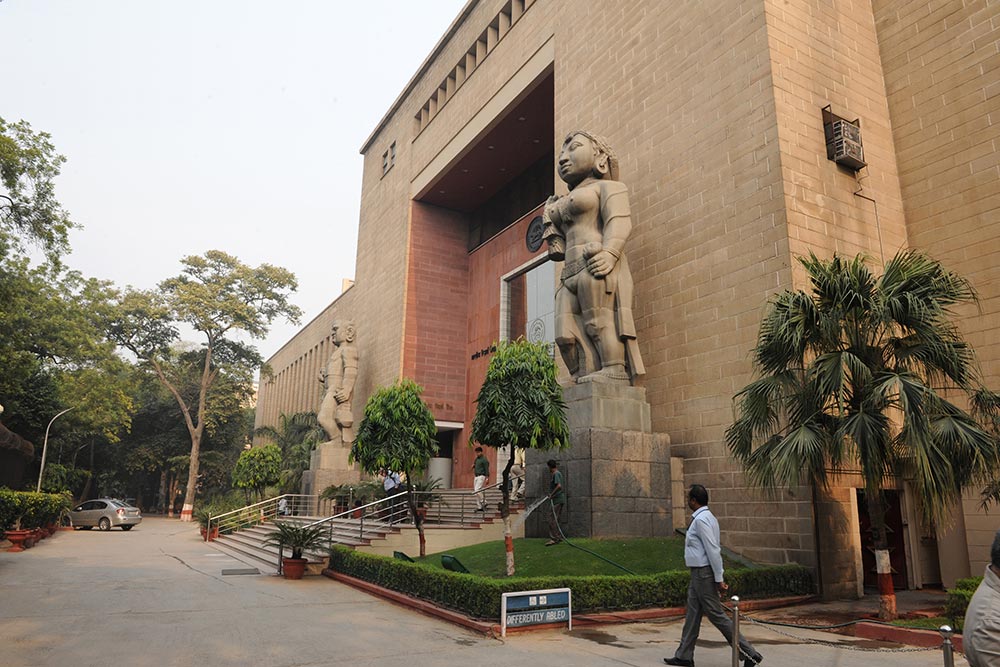 But there are gaps in Subbarao’s acc­ounts—both when describing clashes with North Block or when recounting challenges faced during vitalpost-crisis moments. Here are two examples.

First, there’s no mention of his immediate predecessor’s track record. Subba­rao mentions Y.V. Reddy only in passing while mentioning how crisis forced him to rev­erse his predecessor’s string of interest rate increases. We are not asking for public display of dirty laundry. Reddy too had to contend with a frequently (and publicly) remonstrating finance ministry. Reddy’s interest rate increases, to burst speculative asset market bubbles, earned him unstinted praise from economists and observers worldwide.

But, here’s the thing. Subbarao was fin­ance secretary when Reddy was busy inc­reasing interest rates to stave off risks. Interestingly, even Chidambaram was fin­ance minister during that period and he made public his displeasures with Reddy’s insistence on rate hikes. It would have been interesting, and more honest, if the book also disclosed Subbarao’s role as Chidambaram’s finance secretary in his engagements with Reddy, and the lessons learnt from those interactions before moving to RBI. Subbarao limits his interface with Reddy to discussions on RBI’s balancesheet; I am sure there must be more. If the governor is going to reveal all about his skirmishes with political authorities, his interaction with RBI as finance secretary should also be fair game.

In trying to explain the RBI’s operations, Subbarao also justifies his actions during 2008-13, a period of stubborn inflation.

Two, there’s not enough explanation about how the RBI managed its balancesheet in the aftermath of the crisis. Or, enough inside dope about the crisis days following the closure of Lehman Brothers. Subbarao describes how the monetary tap was kept open at full tilt to give the financial sector confidence that funds were always available. This was largely a signalling and confidence-building measure to avoid payment imbroglios or defaults which get amplified into panic during crisis times. As part of the strategy, RBI kept repo rates (the interest rate at which RBI lends to banks against government securities) low; but the reverse repo rate (interest rate at which RBI accepts money from banks against securities) was always kept 1.5 per cent higher. This was particularly true of December 2008.

Interestingly, this rate difference converted RBI—usually known as a lender of last resort—into a borrower of last resort. Banks would occasionally use the repo window to smoothen temporary mismatches, but would dump far excess cash with RBI’s reverse repo window. Clearly, credit aversion in the immediate aftermath of the crisis forced banks to seek safe havens for their surplus cash. Given money’s fungible character, we also do not know if banks borrowed from the repo window, turned around and tipped over the same money at the reverse repo window, thereby earning a neat 1.5 per cent without breaking into a sweat. The central bank’s annual report for 2008-09 (June 30 year-ending) highlights this anomaly: outstanding repos shrunk to Rs 895 crore (previous year Rs 22,805 crore) and rev­erse repos swelled to Rs 88,335 crore (previous year Rs 300 crore). This surely had some consequences and it would have been interesting to know Subbarao’s views.

But, beyond this, Subbarao has done a superb task of shedding some light on a central bank’s specialised role, especially by making it accessible to a wider spectrum of readers. He uses simple language and infuses some humour when necessary. It stops short of being a complete masterclass because encounters with the political class keep intruding. But somebody needed to talk about these incidents because the public rarely gets to know how both institutions interact. Yet, it also doesn’t do full justice to the political economy of Indian central banking. So, what is it, a book on central banking or an expose? I see it as setting the record straight.

In his book, Subbarao hints how Pranab Mukherjee wasn’t too keen  on his completing a full five-year term. But then PM Manmohan Singh ensured he did.

In Praise Of Narendra Modi