Arabs find affirmation of their sentiments on local channels 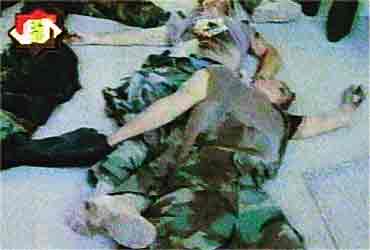 outlookindia.com
-0001-11-30T00:00:00+0553
Architect Anthony Ra'ad and his family spend several hours every day tuning in to various radio stations in offices and cars to follow the war in Iraq. At night, the Ra'ads sit together to watch TV channels bringing the Iraq war live to drawing rooms. This was true of the Ra'ads in 1991 as well, at the time of the first Gulf War.

But there's one major difference between 1991 and 2003—the Ra'ads, like others in the Arab world, no longer depend on the cnn to satisfy their hunger for news from the battlefront. Instead, they now have a bouquet of TV channels to choose from, in their language and, more importantly, reflecting their sentiments. Al Jazeera and Abu Dhabi Television top their list.

Anthony takes his eyes off the riveting pictures on Al Jazeera to remark, "It's actually very neutral." His statement indicates what he thinks of TV channels based in the US and UK. The others in the living room readily nod their heads in agreement.

The popularity of the Arabic channels can't be simply ascribed to the language—Arabic—of the telecast. It's also about quality, nationalist fervour and religious sentiments. Says Hani Hourani, director, Al-Urdun al-Jadid Research Center, a think-tank based here: "The performance of the Arab channels has been distinguished, particularly in this war. For the first time in our history, the Arab citizen has plenty of media choices." And a voice.

Hourani says people switch from one channel to another also because they are on the lookout "for news they want to see materialise". Besides, Arabic channels are more sensitive to the feelings of Arabs, roiled as they are by the war. For instance, Al Jazeera describes the US and British troops as "invading" forces and the Iraqis killed in battle as "martyrs".

"They focus on the morale of the Iraqis," says Jordanian journalist Zeinab B'ad, explaining the popularity of Arabic channels. She bolsters her argument by pointing to the footage of an old Iraqi woman who fired several shots at American soldiers and the peasant who brought down a US military helicopter, certainly not the staple of western channels.

In other words, it boils down to the perspective channels bring to their coverage. Western channels are predominantly geared to covering the war from the despatches of journalists "embedded" in the US military divisions. True, several western channels have stationed journalists in Baghdad, but their reports constitute only a fraction of what they beam 24 hours.

In contrast, local roots provide Arabic channels the courage to venture where others fear to tread. For instance, no western channel has a reporter in Basra; Al Jazeera has—and it has its advantages. When western TV channels began to murmur about a rebellion in Basra, most Arabs promptly switched to Al Jazeera to discover that the streets there were quiet.

The perspective of Arabic TV channels also fuses with the rising anti-western sentiments here. And it's mostly because many think Washington is blatantly pro-Israel, ignores the injustices perpetrated on Palestine, and that Iraq has been reeling under sanctions for more than a decade. Arabic TV channels have their fingers on the popular pulse and know what their audiences want to hear and see. But most feel this doesn't necessarily make them biased. Adds a Jordanian aid worker, "The language of these channels is based in sound nationalism. I'm, anyway, with the weak side. You've an Arab people who have been under UN sanctions for 12 years. You can't but be biased with the Iraqis."

But it's not as if only Al Jazeera or Abu Dhabi TV are watched. Most Jordanians prefer to surf as many channels as they can to formulate their opinion. Reem Abed Raouf, a Jordanian woman in her 30s, prefers Al Hayat-Lebanese Broadcasting Corporation. "Their guests include Iraqis from Baghdad and abroad and they talk things that bring relief to me," she says, arguing that other channels have their "agendas".

Inadvertently or otherwise, the TV channels have been caught in the psychological war between the Iraqis and the US. As the US attacked Iraq, western channels began to voice expectations of the army commanders that their troops would be welcomed in south Iraq and Saddam's army would surrender. But the truth was soon out, as Hourani says, when Arab channels began beaming images of Iraq's fierce resistance.

Hourani is enthused: "Instead of having a media dependent on the West, we now have a media industry that brings to us news from the Arab side." As the hunger for news is satiated here, many feel the Arab TV channels must now beam to other parts of the world and articulate West Asia's angst. For, it's in the minds of people all wars are fought and won.