There is a new surge in the blood-soaked period we call Partition. A new novel plays to stereotypes, but captures the confused terror and panic well. 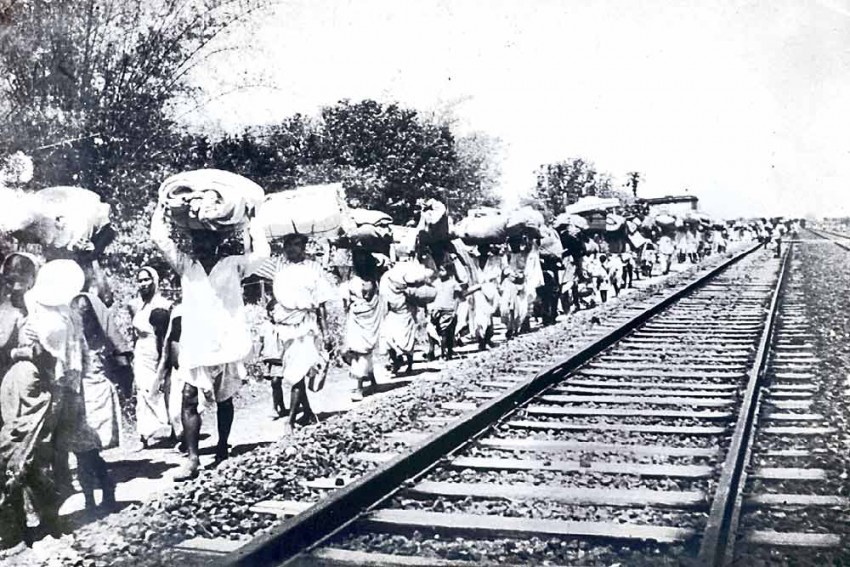 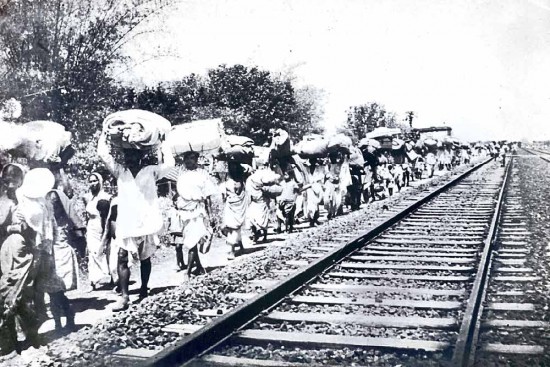 With the 70th anniversary of Partition close by, people are beginning to remember once again the bloody birth pangs of India and Pakistan as they struggled to spring apart to two different destinies. Seventy years on, the umbilical cord which once bound them together continues to prise them apart. The tra­uma that accompanied it is a forgotten history, buried with the phantom mother about whom only mild nostalgia remains. Because, 50 per cent of today’s population is barely three decades old—and fed on a singular diet of the heroism of the freedom struggle. There has been a peculiar and enforced silence about the events leading to the Partition, and the imp­act it had on ordinary lives. Was it guilt? Was it forgetfulness? Was it del­iberate erasing of a violent past? Perhaps all three questions can be answ­ered by a resounding ‘yes’.

Fortunately, a wave of new interest and curiosity in the Partition is for­cing us to look back at the events of 1947—and we can only wonder whe­ther more had been at stake. Along with the cartography of the country, did the ‘idea of India’ also get seriously altered? Indeed, didn’t the deepest schisms in our society arise out of ‘Partition’—the last blow of the Bri­tish policy of ‘divide and rule’? And so, even if a nation was stitched tog­e­ther and a Constitution was written to bind it—did the Partition enable us to be either fully divided or fully tog­ether? What can be done to heal wou­nds which still fester silently?

Line of Blood is written in a conversational style, with the narrative seen through the eyes of Puranapur residents unable to protect their families from the massacres unleashed.

Finally, we are revisiting the carnage that arose from deals behind close doors, which people knew little about. New poetry, cinema, literature are emerging—and thankfully, the stories are no longer fantasies of the midnight’s child. These narratives are closer to reality, covering the pre- and post-1947 period—about the colossal collapse of law and order and, more especially, of goodwill between well-knit communities which braved enormous deprivations. As I work with like-minded people to set up the first Partition museum in Amritsar, we see the slow trickle of literature, poe­try, theatre, film and music emerging. It is as though memory has returned to an amnesiac nation—forgetful of the debt it owed to those whose homes were burnt down, while bright lights glittered during the Independence celebrations in New Delhi and Karachi.

Among the new wave of writing on Partition comes Line of Blood by Balraj Khanna—a UK-based artist and author. The book opens just before Partition and ends just after it—capturing the mood of people in Punjab—in a mythical town aptly called Puranapur, (the title literally evokes ‘olden times’). These are moments fraught with uncertainty, in spite of which neighbours from different communities live amicably with each other. Hindus, Muslims and Sikhs share deep friendships—even if the leaders of the Congress and the Muslim League, far away, are already walking on different paths. The ‘high political’ events taking place in Delhi, Simla and London begin to rupture the peace in Puranapur, as people are wary of the ramifications of the ‘Line of Blood’ that Sir Cyril Radcliffe is about to draw, a borderline case of an incredibly incendiary act.

The countdown to the actual Partition creates rifts—akin to the actual narratives we are recording in the Partition Museum. Even if the book is fiction, it does capture the confusion and sense of betrayal so many felt at the time. It is written in an easy conversational style, the entire narrative is seen through the eyes of the residents of Puranapur, who are unable to protect their families from the massacre soon to be unleashed. The plot and the characters are not very complex—Khanna has drawn upon his own experiences as a refugee in Qadian (now in Pakistan), and has drawn most of the characters from life.

Yet, the novel appears to play into the Western view of ‘orientalism’ and stereotypes—such as a ‘snake charmer’ who is called in to suck out the poison from a boy’s foot. Symbolically, of course, he is a Hindu saving the life of a Muslim child. Even if the symbolism is touching, stereotypes like this make the ‘realism’ of Khanna’s novel slightly suspect. But it starkly captures the helplessness of the times. Towards the end, when communities are forced to flee to safety—after a particularly violent attack—it is des­pairing that there is no other way out. It is this inevitability which is particularly disturbing, as there seems no recourse to escape the escalating violence—exc­ept the refuge offered by Partition in a newly carved out nation.

Renaissance From The Bottom