'Religion Is The Most Important Element In Defining A Civilisation'

Famous worldwide for his clash of civilisation thesis, Professor Samuel P. Huntington's work has frequently set a controversial agenda for public debate. He talks to Rahul Sagar about his book, The Clash of Civilizations, in ter-civilisational relati 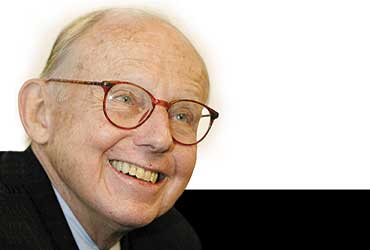 In The Clash of Civilizations, you approvingly quote a character from the novel Dead Lagoon who states: "There can be no true friends without true enemies. Unless we hate what we are not, we cannot love what we are." Why must identity, friendship etc be based on negation rather than affirmation?
I think both elements are important. However, identity requires differentiation. You have an identity as an individual or a group and you say, "We are this"— which is also to say, "We are not this". That’s the only way you have an identity, distinguishing yourself from other individuals, groups.

Philosophers since Aristotle have reasoned that friends should be chosen for their character. By contrast, the US has chosen its friends for their tactical utility. Hasn’t this blindness to virtue been a significant source of America’s difficulties of which the Taliban are but one example?
I think you have to make a distinction here. For practical reasons, governments have to deal with groups whom they do not necessarily deem virtuous. There is the famous...