The artist on co-curating An Artist’s Quest, a retrospective of her father K.K. Hebbar’s works, on display at the National Gallery of Modern Art (NGMA), Delhi 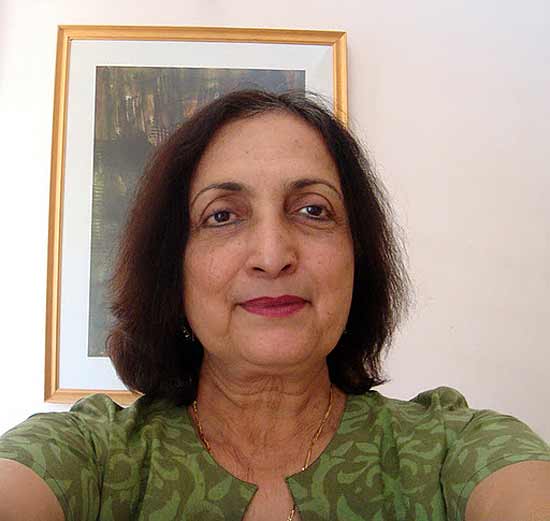 Tell us about the retrospective.

On my father’s birth centenary, the government wanted to hold a retrospective and appointed my sister Rajani Prasanna and me as curators. The show travels to Mumbai next.

Is this the first since his death?

How did you source the works?

From the K.K. Hebbar Art Foundation, the JJ School of Art, the NGMA, the Venkatappa Gallery and private collectors.

How many works do you own?

One! An oil on canvas called Sharad Purnima.

We used to see his paintings all around us, and didn’t realise that we had to collect them. By the time he passed away, he had sold most of them. And for a song at that.

Any work you could not include?

A portrait of my grandmother being taken to hospital. That, and a few others, could not be carted because the paint would crack.

The 51 ‘Silappadikaram’ drawings have never been exhibited.

Yes. During the Mumbai deluge, we cleared out his studio and found these drawings in a packet.

How did he influence your art?

As a child, painting was an obsession and he encouraged me. When I was in Elphinstone College, he would always want to know if I had visited Jehangir Art Gallery (which was right opposite) and which paintings I had liked.

Did you experiment with line drawings?

I did not dare to! Whenever I do a line drawing, it ends up looking like his! Only a trained eye can tell the difference.

Was he a strict father?

He was a disciplinarian, but we had him wrapped around our little fingers! He did not care for formal education and did not send me to school till I was six.