In a democracy, judges being disciplined by the executive is not an option because it defies the basic principle­ of separation of powers 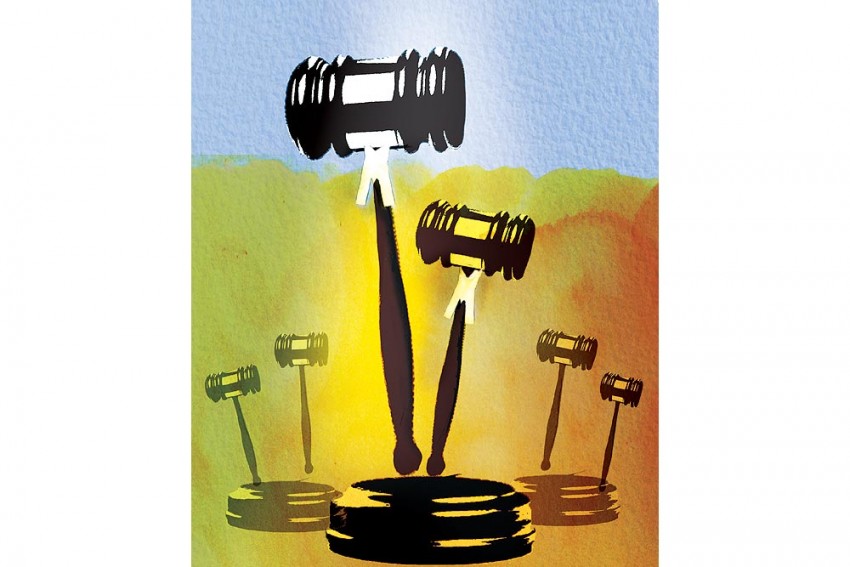 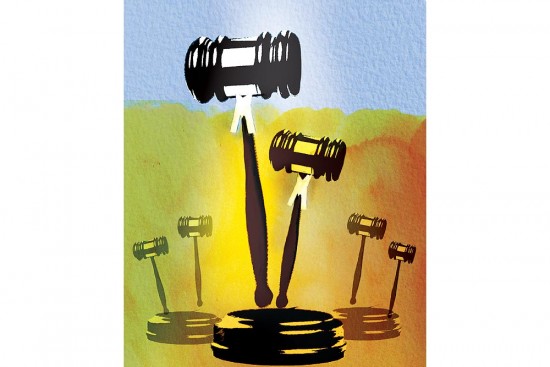 Judges of the Supreme Court and high courts call each other “brother” or “sister”. But relations bet­ween them are not always happy, be it during court proceedings or behind the scenes. We get to know of these through that well-known media—the Rumour Express. The latest revelation came from Justice Jasti Chelameswar. On September 3, we heard of Chelameswar refusing to participate in the powerful collegium of the top five judges, which approves appointments to the higher judiciary. In 2015, the Supreme Court had struck down the constitutionally instituted National Judicial Appointment Commission (NJAC), essentially because it was deemed suspect and clumsy. Chelameswar dissented. Since December 3, 2015, he has been one of the five judges in the collegium, and will be there until June 22, 2018. During this period, the collegium will be presided by Chief Justice T.S. Thakur, then J.S. Khehar and, finally, Dipak Misra. If Chelameswar sees problems with Thakur, one cannot foresee Justice Khehar not being imperious.

As a high court chief justice, Chelameswar has already experienced the wrath of one Chief Justice of India (CJI). In the SC collegium, he was in for a shock, faced with a fait accompli with inadequate discussion, insufficient inputs and no minutes to record what was exchanged. He felt that attending these meetings was unconscionable. The collegium was not an informal tea party, but a formal body charged with making appointments to the most powerful judiciary in the world.

If doctors’ children strive to ­become ­doctors, why would ­lawyers’ children be any different? What should they do when their ­relatives become judges?

Since 1982, the SC has been progressively taking over the power of judicial appointments. During the era of Nehru and the early Mrs Gandhi era of the 1960s, judges were appointed by political-judicial consensus. From the early 1970s, however, Mrs Gandhi wanted “committed” judges who would support her and her policies. Curiously, the judges she had appointed were distinguished ones. Those who didn’t support her in the basic structure case (1973) or the preventive detention case (1976) were superseded, disentitling them to be CJI by seniority. High court judges who refused to fall in line were transferred from one high court to another, especially during the Emergency. Even after the second tenure of Mrs Gandhi, powerful law ministers put pressure on the SC to appoint their chosen names.

The Supreme Court and high courts have the power to examine and strike down executive actions, rules, regulations and even statutes enacted by state legislatures and Parliament, if the laws are beyond the competence of the legislatures or infringe upon fundamental rights. They can also strike down amendments to the Constitution that violate its basic structure. These 1,000-odd judges are among the most powerful in the world.

Given the importance of the collegium, if Chelameswar had conscientious objections about its working, he sho­uld have explained why he did not want to attend the collegium’s meetings. As one of its five members, he was discharging a constitutional obligation. He demanded that the opaque procedure be made transparent and the details of mee­tings rec­orded so that the record of past collegiums was available for decision-making.

The criticism that he should not have gone public is not well-founded. Can a judge keep quiet about his abdication? I do not think so. His discomfort was not a threat. It was conditional to the process of the collegiums being transparent. But for his intervention, we would never quite know the malady or the cure. I do not agree with Fali Nariman’s ‘resign-first-press-release-later’ view. If Indian governance accepted this remedy, there would be many resignations from many offices—a rather expensive way to get to the truth.Chelameswar’s revelation was not the act of a whistle-blower. He had a constitutional obligation to reveal the truth. He is an outspoken judge with a long experience in judicial collegiums of high courts and knows how pressures and preferences work.

“Collegia should decide on neutral criteria to select the best among equals or appoint the most outstanding.” This was what the Supreme Court told itself in the Reference of 1998. If these criteria are lost, the very reason for judges appropriating the power to make app­ointments to the higher judiciary is lost.

A politically selected judiciary defies not just the principle of separation of powers but the very idea of an independent judiciary. It is well-known that SC judges want to appoint selectees as judges in the apex court and the high courts.

In 2010, Justices Markandey Katju and Gyan Sudha Mishra expressed dismay at the appointment of an Allahabad HC judge who had allowed a writ petition granting a circus permission to perform on waqf land. In the judgement, Katju fulminated against inc­ompetent judges and judges “shamelessly” catering to private relationships. In this case, the outrage was not called for. But pontiffs must pontificate. The SC demanded “house cleaning” and “strong measures” by all high courts to whom Katju’s judgement was sent. Inappropriate to the case, the comments went viral, enhanced by Katju’s flair for publicity and pronouncing the right message at the right time from the wrong pulpit.

Favouritism affects decision-making as well—it’s the “uncle” judge phenomenon, where the term includes “aunty” judges too and stems from judges calling each other “brothers” and “sisters”. Former CJI R.M. Lodha dismissed a petition in 2014 against judges’ sons practising in the same courts, stating this was for the Bar to sort out. The Chandigarh Bar said 16 out of 47 judges (34 per cent) had relatives practising in that court. In 2010, the then chief justice of the Punjab and Haryana HC, Justice Mukul Mudgal, reportedly sent the names of 16 “uncle” judges to the law ministry. In 2006, the then Karnataka Bar Council chairman had said there were “uncle” judges even in the Supreme Court. I know of at least one instance where the son of a sitting SC judge was inundated with briefs from various state governments—which dramatically disappeared after the judge retired. I remonstrated to the brother of a current sitting judge to stop appearing in the Supreme Court after his brother’s elevation. There are “uncle” and “aunty” judges everywhere.

But then, if the children of scientists and doctors strive to become scientists and doctors respectively, why would lawyers’ children be any different? What should they do when their relatives are elevated? In one case, the sons of a Supreme Court judge did not appear for years in the court, suspending a lucrative practice. The problem arises when lawyers seek captive “uncle” judges and the latter respond.

Transferring judges, even as chief justices, is not the answer. We need a national judicial commission for appointing judges as well as hearing complaints against judges with a view to disciplining them. The answer was not the NJAC, struck down by the apex court. But the BJP-led government wants to obstruct the collegium, and soon there will be five vacancies in the Supreme Court and 458 in the high court.

(The writer is a well-known jurist and an advocate at the Supreme Court.)

The Indian judiciary is perhaps one of the most powerful in the world in terms of its balance of power with the executive and the legislature. In 1973, the Supreme Court held in the Kesavananda Bharati case that the ­legislature cannot amend the Constitution in a way that violates its basic structure as interpreted by the courts. Earlier, in the Golak Nath case (1967), the court had said amendments cannot touch fundamental rights.

This Land Is Your Land