A calligraphed memory from exactly sixty years ago, when Nehru went on his last trip to Pakistan—to sign the Indus Water Treaty. And why ‘Turkish soap’ can mean different things. 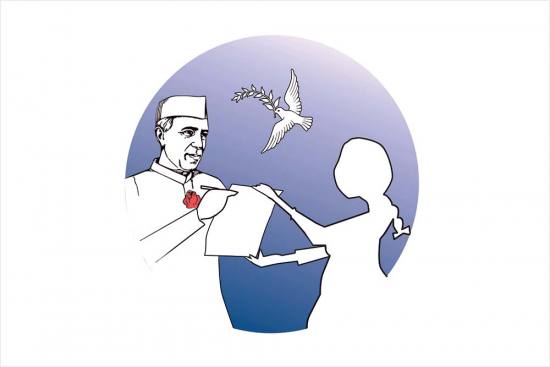 It’s exactly sixty years since Pandit Nehru went to Pakistan to sign what is known as the Indus Waters Treaty. The historical trip in September, 1960 was to be his last visit to Pakistan. His counterpart in Pakistan was the self-installed new president Mohammad Ayub Khan. Having declared martial law he was eager to establish himself on the world stage. Getting Pandit Nehru to sign the Indus Waters Treaty, that had bedevilled relations between the two countries, was high on his list. The president of the World Bank, Eugene Black, who had brokered the deal, had sent the bank’s vice president W. A.B. Iliff, vice president to ink the pact.

As a teenager studying in Karachi, where my father K.V. Padmanabhan, was the acting high commissioner, I remember doing that teenage thing—getting the autograph of the three signatories on my invitation card at the reception of the post-treaty celebrations.

I went up to Panditji with the invitation card. He signed it in his neat loping signature, already lost in thought. Ayub Khan was tall and apple-cheeked and positively agleam with his military accoutrements. He leaned over my invitation card signed it at the top with a flourish and demanded: “And what are you doing here, young lady?” “I am a student,” I stammered, totally flustered.

Over the years, I have always regretted not having a snappy answer to Ayub Khan. Instead, I quickly turned to Mr Illif, who signed it without any comment.

Pandit Nehru’s speech was electrifying. He started in a low tone, using the word “memorable” again and again. Looking over the crowd he intoned, “But in particular, this is...