Amidst colonial ruination and the Inquisition, Spain was once a beacon for the West. It’s glory is served well here. 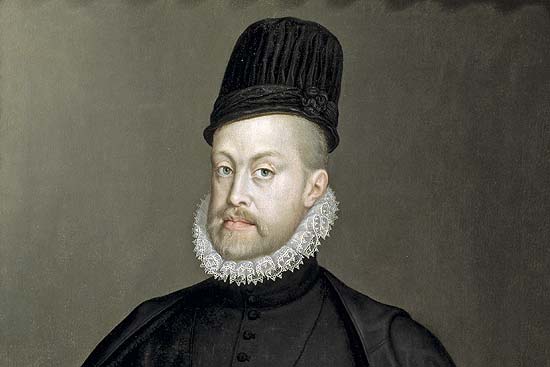 Ever since I was a teenager, I was fascinated by the books about Spain written by the biggest names in British Academia, like J. H. Elliot, Parker or Henry Kamen. My favourite was Elliot’s Imperial Spain. As an avid reader of history books and history essays ever since my youth, I have always been looking for a book of equivalent quality and I must admit that probably the best that I found after that was the monumental book on Spanish hist­ory by the brilliant French historian, Joseph Perez. I have not found anything worthy of being included in this league until I read Robert Goodwin’s Spain: The Centre of the World 1519-1682. Not even Henry Kamen’s excellent book on the same period can compare with it.

I truly believe that Goodwin’s book is the best written on this period in the last fifty years. The controversy that it has provoked, especially in the UK, with an extremely unfair and unbalanced review by The Economist, only proves my point. When I read the review, I hadn’t read the book, and now I wonder whether they actually read the same one as I. This book is a balanced and at the same time passionate account of one of the most crucial parts of the recent history of our world. It is at times blunt and poignant, combining fact with the description of society, its culture and the main characters that shaped it. Anyone who has read a book or two on renaissance history will be familiar with most of the facts and protagonists. Yet, the atmosphere and ambience of the time, the feelings of the people and the lights and shadows of those societies have rarely been described; and if they have, it has never been done in such a sensitive, knowledgeable and enjoyable manner.

Furthermore, it depicts the personalities of emperors, kings, generals, viceroys or governors with the depth of a psychologist and the precision of a good novelist. The best example of this is the precise description of the crude and insane atrocities perpetrated by Prince Charles—heir apparent of King Philip the II—and of his father’s painful relief when the twisted prince passed away.

Goodwin’s opus is solidly doumented and deeply researched. He underlines the lights and shadows of the time.

Goodwin’s opus is solidly documented, deeply researched and yes, opinionated. He underlines the lights and shadows of the time, much unlike more shallow and trivial historians, who only focus on the flaws of the empire, ignoring its contemporaries out of sheer nationalistic pettiness. Goodwin showcases a society hau­nted by undeniable horror, but also presents to experts and laymen the imp­­or­tance of brilliant cultural figures, such as the architects Juan Bautista de Toledo and Juan de Herrera; historians Diaz del Castillo, Juan Gines de Sepulveda, Gonzalo Fernandez de Oviedo and Bartolome de las Casas; the painter Velazquez; gen­iuses of literature such as Cervantes, Quev­edo, Lope de Vega and Calderon de la Barca, the warrior poet Garcilaso de la Vega and his distant relative, the sublime Spanish-American poet Inca Garcilaso de la Vega; and the fascinating personalit­ies of Teresa de Avila or Fray Luis de Leon.

Spain and its American colonies were bustling with activity and some of these gigantic figures were trying to overcome the overwhelming burden of religious intolerance of 16th and 17th century Spain. We can only consider those who are not ready to acknowledge the paramount role that these phenomenal figures had in human culture as short-sigh­ted and narrow-min­ded.

Spain and its American empire in those days were, in fact, the centre of the western world, much to the regret of Henry viii, Elizabeth I of England or Francis I of France, who was repeate­dly defeated by his arch nemesis, the emperor Charles.

A word on the style of the author. I have seldom come across a book nearly six hundred pages long, loaded with facts, names and dates, that is as enjoyable as this one. For a non-fiction book, it reads like a thrilling page-turner; you just can’t put it down. Perhaps this explains why even those who dislike its contents have been have been constrained to call it highly readable. I heartily recommend Spain: The Centre of the World.  Actually, I consider it a must-read for anyone who really wants to have access to a thorough, solid and balanced approach to one of the most important epochs of the western hemisphere.

(Gustavo de Aristegui is the Spanish Ambassador to India)