The first Indian woman to ski to the South Pole 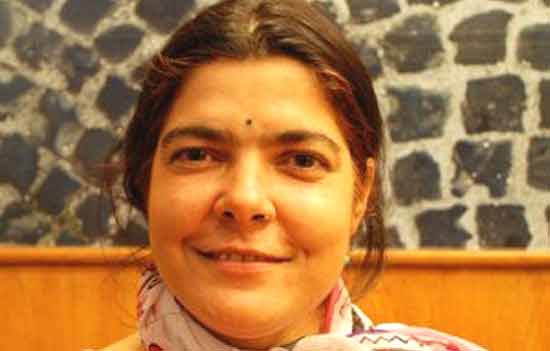 Yes, absolutely! But I didn’t expect such extensive coverage for adventure sports. Cricket and tennis are the media favourites.

How tough was the selection procedure?

The expedition leader Felicity Aston wrote about how she wanted Indian women to be a part of it. I applied and was one of the ten shortlisted. Finally, two of us were selected to go to Norway for training and I was chosen.

You belong to a very adventurous family.

Yes, my husband has climbed Mt Everest thrice, the Kanchenjunga, and other peaks.

What was it like to be with women from six other very different nations?

It didn’t feel like different nations, languages or religions. This kind of an adventure makes you shed all these barriers.

Was sponsorship an issue?

It was the most challenging part of the expedition. The Bajaj Group helped. And the Indian Mountaineering Foundation helped with my training. But without the Kaspersky Lab, the mission would not have happened.

Why the indifference from the government?

Our government doesn’t recognise nor fund adventure sports. Hopefully, this will set the ball rolling and we’ll see changes.

There’s a huge gap between you and the first Indian man to reach South Pole. Why?

People don’t have much faith that women can do well in adventure sports.

You used Twitter, podcasts and other new ways to communicate with the world.

All we had were sat phones. We would send voice mails which got converted to messages. Simple! Women are very smart!

How did you combine a global warming awareness campaign with your expedition?

We did not leave anything behind in Antarctica and even carried solid human waste with us.

Your message to those aspiring for a career in adventure sports?