Benazir dreamed of an elusive democracy. It took bullets to stop her. 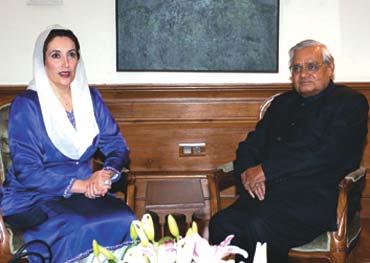 The father was known for his quick temper and mercurial brilliance. Benazir Bhutto, by her own admission, was the "daughter of the East"—the title of her autobiography. But she was more than just the chosen successor of a martyred father. "She was a personality in her own right," says Union minister Mani Shankar Aiyar, who had a unique vantage view into the Bhutto home. Between 1978 and 1982, Aiyar, then a career foreign service man, was posted to Karachi as consul-general. His home, India House, was next door to the Bhuttos' Bilawal House in Karachi's plush Clifton area.

In 1979 Zulfiqar Bhutto was hanged, and Aiyar says he saw in the young Benazir "a fierce determination to carry out her father's legacy". In death certainly, she followed the path of her father. Both died young, with so much left to achieve. Both murders left an open wound on the soul of Pakistan, and dashed the hopes of millions.