Red Shadows Of Hope And Despair

Reason, argument and a story—mapping the evocative and agitated contours of Naxalite imagination in Indian Cinema 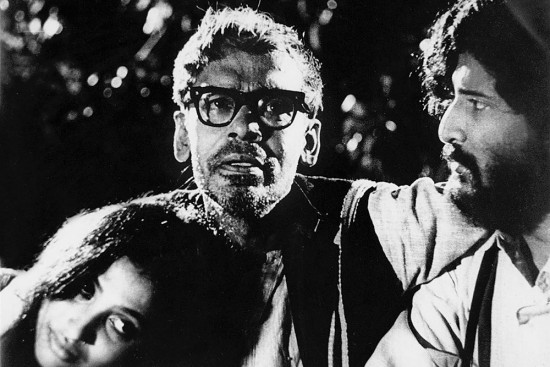 In his last, most enigmatic and personal film, Jukti Takko Aar Gappo (Reason, Argument and a Story /1974) Ritwik Ghatak, who himself plays the protagonist-intellectual Nilakantha Bagchi, has an inebriated but intense conversation with the young Naxalite revolutionaries in whose hideout he spends a night. He is at once caring and fiercely critical in his disposition towards them. “Our generation is like a rudderless ship”, he confesses, and is curious to know “what lively force is driving them on”. He says, “You are the cream of Bengal…I have no doubt about your sincerity, courage and commitment, but you are thoroughly misguided...” A long tirade on the Communist movement follows, and he concludes thus, “I am confused, all of us are extremely confused. We are groping in darkness…” The outburst soon turns into an agonising, Buddha-like desperation: “Everything is burning…the universe is burning, I am burning, I have to do something.”

Though it caught the imagination of the youth all over, the Naxalbari uprising did not bloom into a movement powerful enough to shape the national destiny. The State eventually crushed it. But the impact it had on the aesthetic as well as popular imagination about politics, resistance and liberation was long-lasting. Its trace still haunts film narratives, assuming several overt forms, undercurrents and heroic avatars.