There’s everything epic about this western... 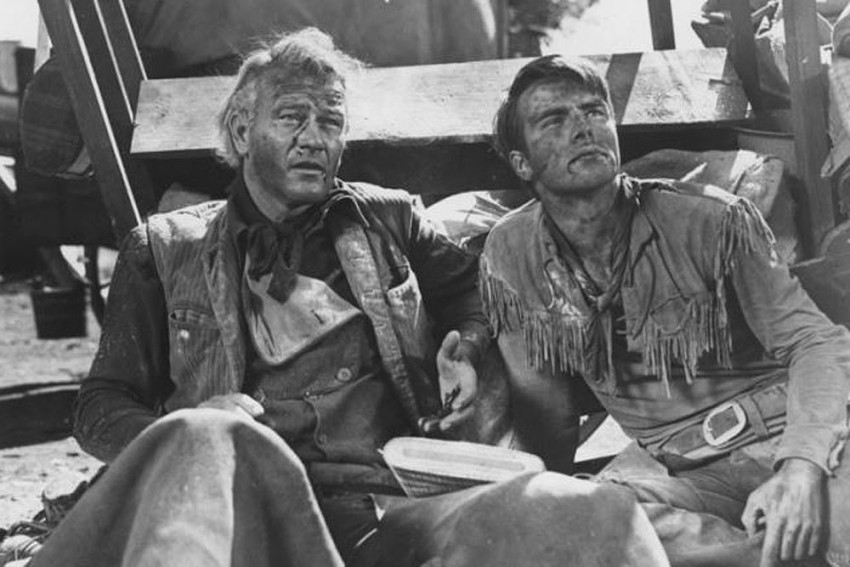 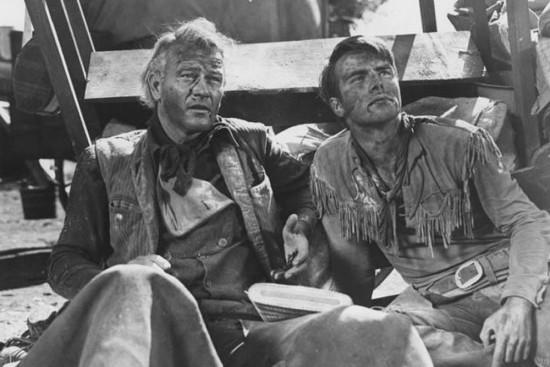 There’s everything epic about this western—the first cattle drive on what was not yet the Chisholm Trail, a hard boss played by John Wayne, attacks by Indians, conflict between father figure and son surrogate! Little things and events—a bracelet, crossing a river, abandoning a wounded, unjust boss and, finally, showdown and reconciliation—become  stormclouds of symbolism. The suppressed love-fury bet­ween Dunson (John Wayne) and adoptive son Matt Garth (Montgomery Clift) is wound up tight towards the end with a wee red-herring—Tess (Joanna Dru), who has fallen in love with Matt, offers to bear Dunson a child if he’ll stop pursuing Matt. In the showdown, beating Matt up and daring him, Dunson screams, “Won’t anything make a man of you?” At last, the slight Matt throws back a punch that sends the giant ranch boss reeling and then tackles him into a wagonful of household goods. Fight stopped by Tess’s wild shooting, Dunson says he’ll tell Matt exactly what to do, just one more time: Change the cattle brand to D//M.

The Triplets Of Belleville French (Animation)