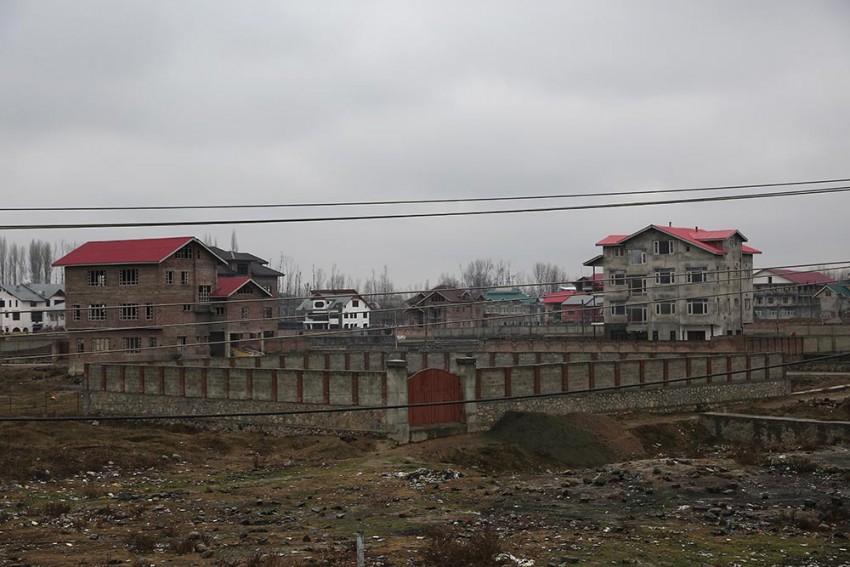 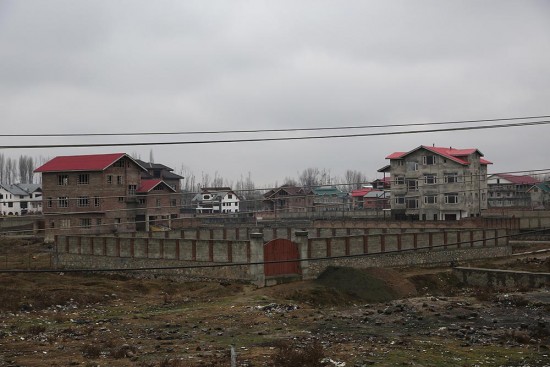 Even as demonetisation has led to a steep fall in real estate prices across the country, insurgency-hit Jammu and Kashmir is showing a reverse trend with land prices going up. According to the office of the Srinagar City Judge, where sale deed registration takes place after any land transaction in the summer capital, there have been 10 to 15 transactions every day since the Centre demonetised Rs 500 and Rs 1,000 bank notes. Officials say demonetisation affected the sales only for few days and now it is business as usual.

“I don’t think demonetisation had any impact in Jammu and Kashmir,” says J&K finance minister Haseeb Drabu. Unlike most people elsewhere, decades of insurgency and crackdowns have ensured that Kashmiris stock up on groceries for months to come and prefer to keep their money in the bank. Moreover, for several weeks after demonetisation, shopkeepers, grocers, petrol pump owners and vegetable vendors accepted the old notes that had been declared illegal tender, so there were no queues outside the ATMs and no chaos in the banks.

According to Sajjad Bazaz, head of corporate communications with the Jammu and Kashmir Bank, around Rs 14,000 crore has been deposited since the old notes were banned. That demonetisation caused little distress in J&K’s economy has given the lie to the allegation by several BJP leaders that Kashmir has been flush with black money, which helps sustain the prolonged pro-freedom agitations, point out Valley-based business leaders. “This proves the Kashmir issue is purely political,” Shakeel Qalander, former president of the Kashmir Chamber of Commerce and Industries tells Outlook.

Many people, including ­Kashmiri ­diaspora, buy land, build houses and then leave them vacant.

Qalander insists Kashmir’s economy has been stagnant for too long to let something like demonetisation make any difference. Land prices, in particular, remain high. “The prices won’t come down as land has become an investment asset and its transaction is restricted to people of the state only,” says Drabu. Because of Article 370 of the Constitution of India, which guarantees special status to Jammu and Kashmir, and various state laws, only state subjects can buy and sell land.

Explaining why people prefer investing in real estate, leading to high land prices, Drabu recounts the story of a businessman, who got a loan of Rs 20 crore from a bank for business enterprise, but used it to buy land instead. “A few years later, he sold the land for Rs 48 crore and ret­urned the loan. Such is the situation.”

Khurram Parvez of the Jammu Kashmir Coalition of Civil Society says the army and security agencies have hugely contributed to the escalation of land prices, mainly in Srinagar. Prime land in high-altitude areas has been allotted to the army, pushing the loc­als to live in flood-absorption basins such as Mahjoor Nagar. The army has been all­otted 5,70,133 kanals (one kanal=0.8 acres) of land in the state, of which 56,221.2 kanals come under the Defence Estate Office, Srinagar, which looks after the seven districts in the Valley.

Fayaz Khan, chief town planner of Kashmir, says land transactions largely take place on the basis of trust. “It is a closed market, where the buyers and sellers know each other, trust each other and wait for money to change hands even after the transaction,” he says. “That has helped in keeping land prices high.”

In 2015, the state finance ministry had come up with the idea of land bonds to ease pressure on real estate, but it found no takers and eventually the government gave up. According to ministry offi­cials, the land bonds were intended to enable land holdings to be traded across various markets. This was supposed to encourage investors to invest in money market instruments rather than real estate, helping correct a situation where land as the only investment opportunity has created an artificial demand and contributed to its rising prices.

Governance, however, is in such disarray and the whole setup so archaic and out of gear that such innovative financial solutions usually take a backseat, say officials, pointing out the absence of general provident fund for employees, the use of maintenance funds to pay wages to ad-hoc employees, 20 different categories of casual employees, liabilities to contractors not backed by tenders, defunct public sector corporations and so on. So, when the government fixed land prices in 2015, it was primarily aimed at ensuring a rise in revenue from stamp duty and not to rein in the prices.

“Before the government order, one kanal was sold for crores in places like Rajbagh, but on paper it was registered as sold for a few thousand rupees,” says Nazir Ahmad Dar, chairman of the Jammu and Kashmir Housing Cooperative, Srinagar. The land rates announced by the government for Jammu city and Srinagar did little to change the saituation. For example, Rs 36 lakh per kanal was the rate fixed for residential use and Rs 53 crore for commercial use at uptown Hyderpora. Similarly, at Eidgah in Old City, Srinagar, the rate for one kanal is fixed at Rs 30 lakh for residential use and Rs 38 lakh for commercial use. Land brokers and commission agents, though, describe such rates as a charade. “In Rajbagh, one kanal costs Rs 2.50 crore, if at all anyone is willing to sell, while the government rate is around Rs 40 lakh,” says Dar. “Everyone is investing in land—mostly police officers, shopkeepers, lawyers, doctors and, above all, bureaucrats—and prices are going up as a result even in the mountains around Srinagar.”

According to brokers, police officials have become the state’s nouveau riche and have bought large tracts of land adj­acent to Srinagar Airport, in Budgam district and in Shopian district, which is the gateway to the road connecting the Valley with Jammu’s Rajouri and Poonch districts. With land prices going up, brokers such as Mushtaq Ahmad Wani say builders are now targeting buyers from low-income groups, who “buy the land and start construction imm­ediately instead of waiting to sell it after prices rise further”.

A large number of people, including Kashmiri diaspora, buy land, construct houses and then leave them vacant for years. In 2011, of 36,03,632 houses in the state, 3,04,413 houses were lying unoccupied and the total investment in such “ghost houses” was Rs 90,000 crore. Over the preceding decade, 64,410 uninhabited houses were added, of which 47,000 were in Srinagar and Jammu city alone. For example, a leading businessman based in Lal Chowk bought a house built over five kan­als of land at Hyderpora Bypass eight years ago and it remains uninhabited. Investment in “ghost houses” indicates the appetite for land among the rich sections of Kashmiris.

Officials admit that government ­bodies such as the Srinagar Development Authority (SDA), the Housing Board and the Srinagar Municipal Corporation (SMC) have done little to promote ­affordable housing, which could have stabilised the land prices. “The Housing Board has not added any significant housing stock to the market during the past one decade,” says an official. “The SDA may be completing some ­apa­rtme­nts, which hardly makes a ­significant number in the housing supply. The SMC was supposed to provide housing for the poor, but its contri­bution is insignificant.”

Clearly, with land prices going up and everyone who can afford it investing in land, ownership of land continues to be a major factor determining economic status in the conflict-hit region.