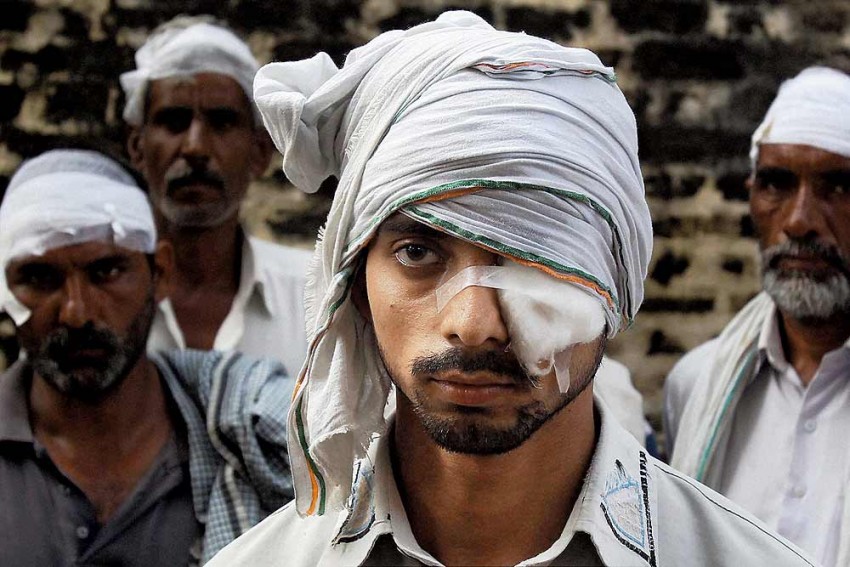 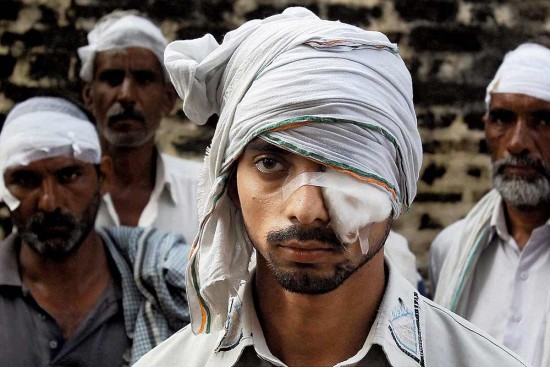 It’s a general rule that only so much can be expected from an official post-mortem into a messy atrocity. The report of the one-man judicial commission to look into the Muz­affarnagar riots of 2013 stops short of saying it was engineered for political gains. But it does name two BJP MLAs, Samajwadi Party and BSP leaders and even a Congress leader for instigating violence, delivering inflammatory spe­eches or behaving irresponsibly by cir­­c­ulating old images from foreign cou­­­­­ntries on WhatsApp and claiming they were related to an incident in the district.

Neither Uttar Pradesh Governor Ram Naik nor the state SP government seem keen to release the report, submitted last week, but Outlook had exclusive access to the supposedly ‘top secret’ 775-page report. Retired high court judge Vishnu Sahai claims to have recorded depositions by 377 citizens and 101 government officials before finalising the report into the rioting that displaced 55,000 people from their homes for months and in which 62 people lost their lives and hundreds were injured. Above all, the riots, which spilled over to the adjoining districts of Shamli, Baghpat, Meerut and Saharanpur, triggered a polarisation on communal lines that clearly helped the BJP win 73 of the 80 Lok Sabha seats in the 2014 Lok Sabha polls—a suspicion the report obliquely confirms. Curiously, while Sahai points an accusing finger at a former BSP MP as well as a veteran Congress leader and his son, an inspector of the local intelligence wing and even the media, he has failed to indict a single government official of any consequence or a single ‘senior’ Samajwadi Party leader barring Rashid Siddiqui.

The report, identifying 14 causes for the riots, confirms that there was communal unrest in both Muzaffarnagar and Sha­mli, with tension on a simmer for several months before August 27, when three boys, namely Shahnawaz, Sachin and Gaurav, were killed over a case of all­eged eve-teasing. But Sahai’s report is unable to clear the confusion whether the boys got killed over eve-teasing or, as some versions had then claimed, over a minor quarrel following a collision of their motorcycles. A video clip on Wha­tsApp and YouTube—showing a brutal 2012 Taliban killing, passed off as the lynching of two Hindu boys in Kawal village—was widely circulated after the incident. It’s seen as the reason for the communal hatred spiralling out of control. 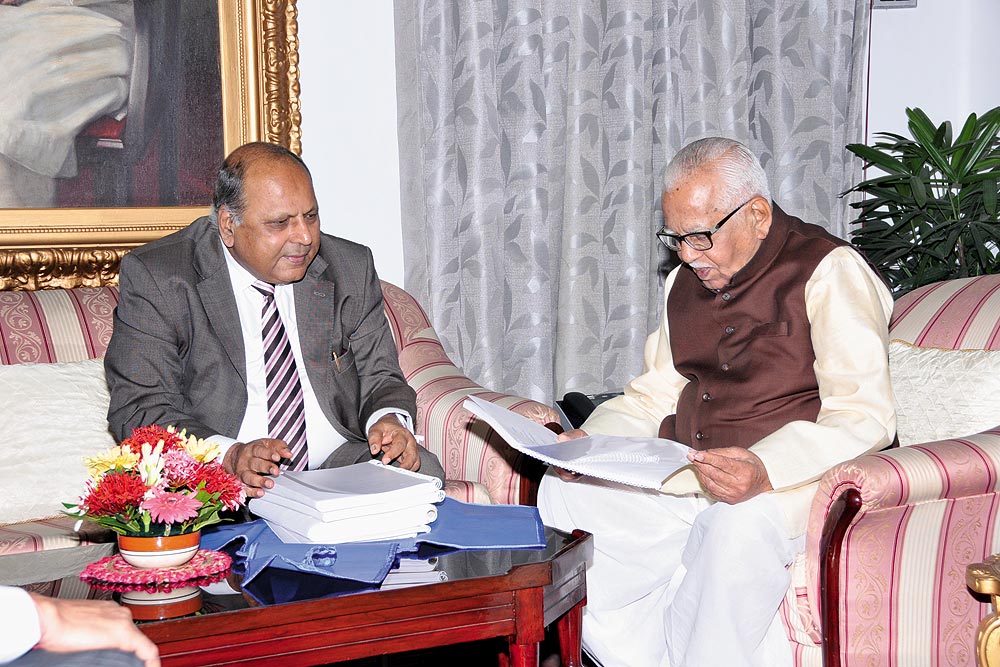 Sahai submitting report to UP governor

Holding BJP MLA Sangeet Som and 229 others who widely shared the video clip responsible for inciting communal hatred, the report mentions that the video clip, with the inflammatory tagline ‘Dekho Sachin wa Gaurav ki hatya kis nirmam tarike se ki gayi hai’ (See how brutally Sachin and Gaurav were done to death) was put up on YouTube on September 27 itself with the title, ‘It’s not the end of love’.

The report records that inquiries made by IG Meerut Zone, Brij Bhushan, rev­ealed that “the clip in fact was connected to an incident in Pakistan and dated back to August 2012”. It was upl­oaded on YouTube by one Shivam along with Som on August 27 itself, the day the boys were killed at Kawal. The inference is that Som was aware that the clip was not rel­ated to the killing. He had been arr­ested and the National Security Act inv­oked to book him. “It is regrettable that neither Hindu nor Muslim leaders showed any restraint. They gave no thought to the fact that communal harmony was the need of the hour and since provocative speeches would endanger it, (they should have) ref­rained from giving such speeches”, says the report which singles out, besides Som, BJP MLA Suresh Rana and former BSP MP Qadir Rana.

Sahai also finds fault with ‘intelligence inputs’ and points out that the agencies had erred in anticipating the attendance at the panchayat convened by BJP leaders in Nangla Mandaur on September 7. “The intelligence input was that 15,000 to 20,000 people would be attending the panchayat, but 40,000 to 50,000 people attended it,” notes the report. It feels that the failure to anticipate the size of the gathering undermined all preventive measures put in place.

However, unlike most inquiry commission reports, Justice (retired) Sahai def­ends the DM, SSP as well as other senior officers at the state headquarters. “The authorities in my view cannot be faulted when people double the strength (of what had been reported by the intelligence agencies) attended the panchayat,” asserts Sahai. He also says: “Since provocative speeches delivered by Hindu leaders (especially Jats) during the panchayat provoked the Hindu crowd, it was only natural that...grievous riots took place on the date of the panchayat, ie 07.09.2013. Failure of intelligence was certainly, in my opinion, a major reason for the riots.” It could not have been an impromptu gathering, reasons the commission, and infers that it would have taken preparation. The report seems to be asking why intelligence had played down these organisational efforts.

The print and social media come in for scathing criticism. “The social and print media indulged in exaggerated reports...leading to riots and in also spreading false rumours...,” the report points out, while quoting DGP Devraj Nagar, the principal secretary (home) R.M. Srivastava and the then Muza­ffarnagar SSP Praveen Kumar.

The commission does question the state government’s decision to transfer the then DM and SSP of Muzaffarnagar when riots broke out on August 27. The  abrupt transfer of Surendra Singh and Manjul Saini, the then DM and SSP res­pectively, made it difficult for the administration to control the situation, the report concedes, while noting that the prevailing practice as per a government order was to take immediate and stern action against officials on the outbreak of communal violence. 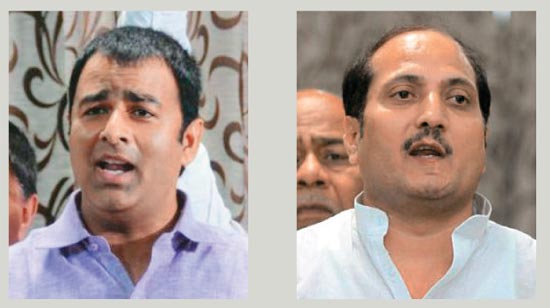 The report also suggests that the transfers somehow antagonised the “Hindu community (especially Jats)”. Local Hin­dus attributed the transfers to the detention of eight Muslims by the police in connection with the Kawal incident. Soon after the two were shunted out of Muzaffarnagar, these eight persons were let off on the ground that their names did not figure in the FIR registered by the victim’s father. The report notes, “Actually not eight but 14 persons were released and the reason was that they were neither named in the FIR nor was there any suspicion against them. How­ever, the message that spread among Hindus was that the administration and the government were pro-Muslim.” The action of the local police in including the names of the family members of the two Hindu boys killed in Kawal in the FIR, the commission notes, also strengthened this feeling.

From depositions made and the conclusions drawn by Sahai, it is clear that at least some of the police and administrative actions around the riots were unprofessional and not without bias. Professional police action at the very outset on August 27 could perhaps have saved the situation and stopped the subsequent loss of life and property.

The postscript to the report is yet to be written. Justice Sahai is said to be in the running for the state’s next Lokayukta. Believed to be close to the Samajwadi Party, the retired judge was the chairman of the UP State Law Commission between 2002 and 2007 and was also appointed a member of the state human rights commission. When his report is finally made public, it is unlikely to set the Gomti on fire.

A Refuge In Memory