World No. 5 rifle ace Ravi Kumar won the 10m air rifle mixed bronze along with Apurvi Chandela on August 19 to open India’s medal account at the Asian Games in Indonesia. 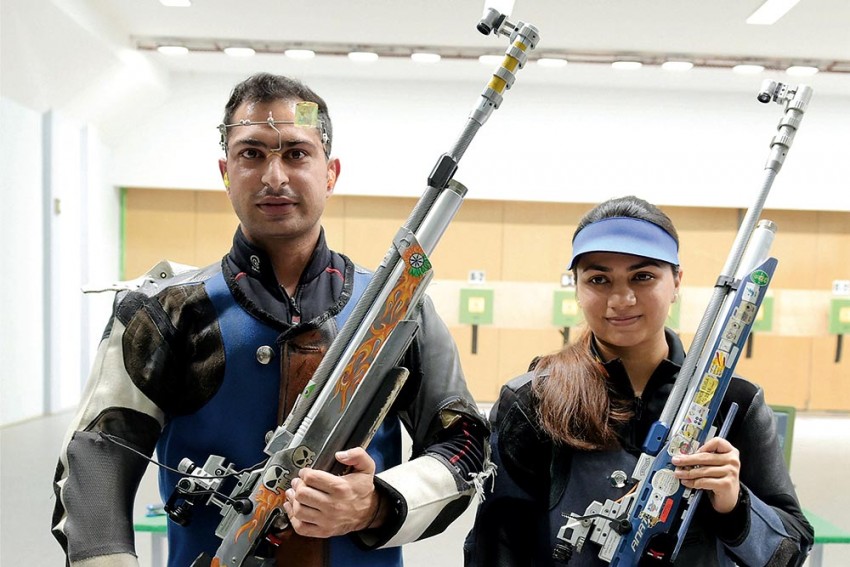 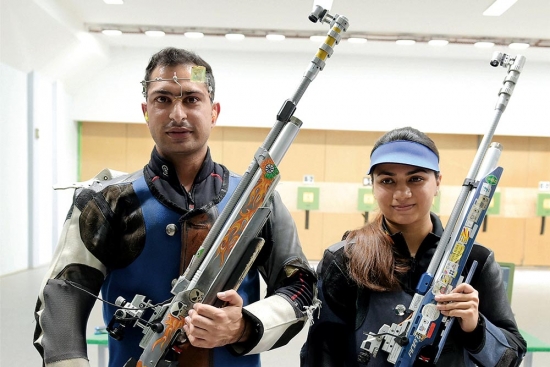 World No. 5 rifle ace Ravi Kumar, who won the 10m air rifle mixed bronze along with Apurvi Chandela (above, in photo) on August 19 to open India’s medal account in Indonesia, was bitten by the shooting bug when he would casually accompany his grandfather to Rajpal Singh’s pioneering shooting range in Johri village in Baghpat district of Uttar Pradesh. Ravi’s father was a supervisor at a sugar factory, and his family was not exactly in the pinkest of health. So, for Ravi, who finished fourth in the 10m air rifle event on August 20 at the Asiad, taking up the expensive sport was nowhere on the horizon.

But when he was hopelessly lured by the attractive rifles at Rajpal’s range both his father and grandfather decided to make a big sacrifice for him. They first bought Ravi an air gun, and when he won medals at the school games and at the district level, they made a bigger sacrifice to buy him a Walther rifle, though it was only a basic model. “They ‘arranged’ for about Rs 1.40 lakh to buy a rifle and the kit around 2004-05. My family didn’t tell me how the money was arranged. They finally disclosed it when I joined college [Delhi’s Hansraj College], saying ‘it was not easy’ to buy the gun,” recalls Ravi, now 27.

Ravi’s family made sacrifices to buy a Walther rifle and kit that would set him off on his way.

Ravi, a student of the long-distance postgraduation course in history from New Delhi’s Jamia Millia Islamia, later won a rifle, another Wal­t­her, as a prize in 2013. Since that year, Ravi has either been India No. 1 or No. 2, never slipping. Interestingly, he had Olympic gold medallist Abhinav Bindra as competitor for some time, before the latter retired. “Some people would say discouraging words when I wouldn’t win. At the 2016 World Cup in Delhi, a lady said something. I was so hurt that the same evening I left for Dehradun and joined Vipassana for 10 days. The next year, I won a World Cup bronze,” he says.

Ravi, a junior warrant officer with Indian Air Force and supported by Olympic Gold Quest, has trained his eyes at the 2020 Olympics. “I want to give my best. When you enter the field, all shooters are equal. I’m not thinking about a medal. My goal is to take the 2020 Olympic quota place as soon as possible,” he said before the Asiad began. He can con­cen­trate on his sport, now that his family is financially comfortable, having persuaded his father to quit his job the moment he got a position with the IAF. The mixed bronze will surely boost his morale.