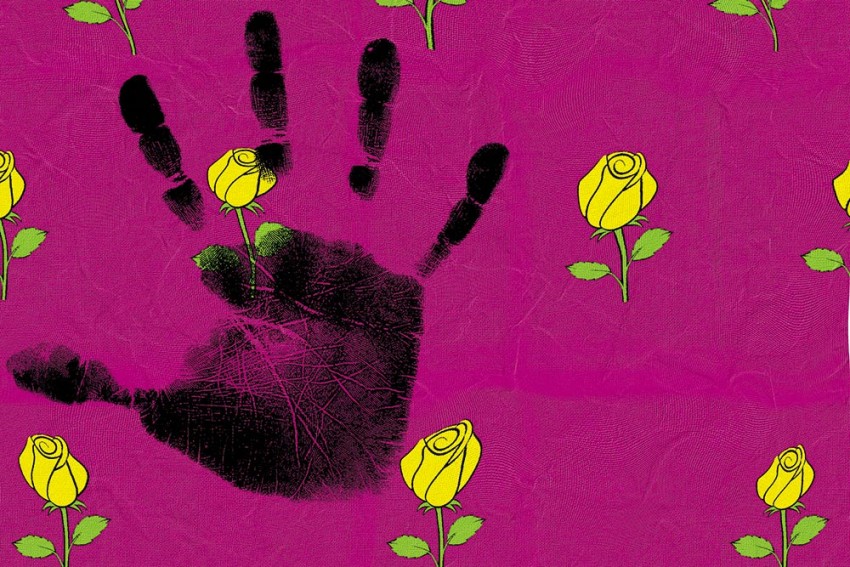 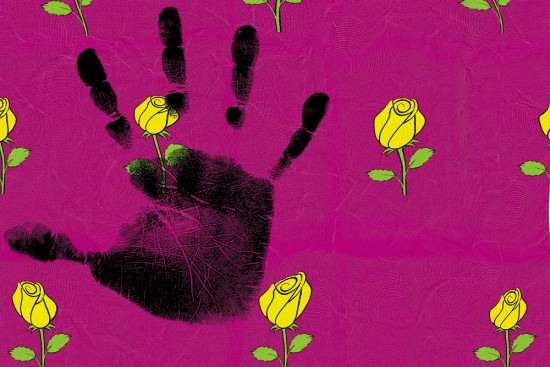 Deepika Singh Rajawat, a 38-year-old Jammu-based lawyer, says she has been threatened with sexual assault for taking up the case of the brutal rape and murder of the eight-year-old girl from the nomadic Bakarwal community in Jammu and Kashmir’s Kathua district. “I am being hated. I have been isolated. I don’t know whether I will survive this,” says Rajawat, who had filed a writ petition in the J&K High Court in February, seeking a court-monitored investigation on behalf of the victim’s father. She says it was only after the court began monitoring the case that investigation showed results.

“This hatred has to do with the politico-religious nexus—the use of rel­igion to mobilise partisan support, which has been a feature of politics in South Asia for almost a hundred years now,” says Siddiq Wahid, former vice-chancellor of Islamic University of Science and Technology in Pulwama district. “And this also has to do with the blurring of lines between democratic empowerment and partisan emboldening in politics. Democratic emp­owerment makes good argumentation the central feature of the process. Partisan emboldening allows for partisans to claim preferential treatment as a right for reasons of identity. The BJP-RSS family has concentrated on emboldening India’s majority to become majoritarian aggressively and without apology. That’s Hindutva. Hate is just a step away.”

The Kathua case brought the BJP-PDP ruling alliance to the brink, and it took the forced resignation of forest minister Choudhary Lal Singh and industries minister Chander Prakash Ganga, both from the BJP, to save the day for the coalition government. This did not, however, quell the increasingly shrill demand among sections of the Hindu population in Jammu for the probe in the Kathua case to be handed over to the CBI, highlighting their lack of trust in institutions functioning under the state government.

The two ministers who resigned had attended the Hindu Ekta Manch rally on March 1 to protest against the arrests in the Kathua case. On April 14, soon after the BJP’s general secretary in charge of J&K, Ram Madhav, announced the ministers had stepped down, CM Mehbooba Mufti sent out a message through the party’s spokesman Naeem Akhtar, affirming the alliance is safe and that, if the BJP continues to support victims even in cases other than Kathua, the alliance is here to stay. Akhtar also said the “pro-rapist bandh” of the Jammu High Court Bar Association (JHCBA) on April 11 had a Congress imprint—the Bar president B.S. Salathia was the chief electoral agent of Congress leader Ghulam Nabi Azad in the 2014 general elections.

A senior PDP leader says his party had conveyed to the BJP top brass that it would be difficult to save the coalition if Lal Singh and Ganga remained ministers. Another PDP leader says state intelligence agencies had also conveyed to the Centre that if no action was taken against the accused in Kathua case and those who rallied in their defence, “the insecure Gujjars, facing eviction from the forests, would get closer to Kashmiri separatists”. (Gujjar tribals in J&K are a large, varied set, differentiated by whether they are fully or semi-settled or pastoral nomadic, like the Bakarwals; the terms are often used interchangeably or together.) In fact, former army chief and MoS (External Affairs) V.K. Singh became the first prominent BJP leader to come out against the rapists when he tweeted, “We have failed (victim) as humans. ” As the army sees the Bakarwals as a second line of defence from militancy, the Centre grasped the larger fallout of defending the BJP ministers, and also its potential impact in the rest of the country after the chargesheet was presented in court despite obstruction by the Kathua lawyers. After resigning, however, both Lal Singh and Ganga laid the blame at the BJP’s door, saying it was their state party president, Sat Sharma, who had sent them to attend the March 1 rally. Both raised questions over the inquiry by the J&K Police’s Crime Branch and called for a CBI probe instead.

According to the Crime Branch chargesheet, the Bakarwal girl’s rape was plotted for months to send out a message to her community to flee the area. Community leaders apprehend that right-wing elements could next use the tribal policy of the government to evict the Bakarwals as “encroachers” on forest land. In February, the CM had chaired a meeting of the state tribal affairs ministry and said no member of the Bakarwal community should be evicted until a formal tribal policy is in place—and that if eviction is “absolutely necessary”, then it must be done only with the ministry’s prior approval. The Jammu Bar opposed this directive of the CM, triggering apprehension among the Bakarwals.

As the Crime Branch probe reveals, the victim girl was held captive, drugged, beaten up and repeatedly raped from January 10 to 15, inside a Hindu place of worship. The sheer brutality triggered rage against Lal Singh and Ganga for add­ressing the March 1 rally. Ganga had told the gathering that the Crime Branch had created a “jungle raj” in the area, while Lal Singh had said, “One girl has been killed here now, but they don’t realise many women have gone missing,” indirectly referring to the 1947 riots.

Earlier, on May 18, 2016, Lal Singh had threatened the Bakarwal delegation when they petitioned him to allow grazing rights on the forest land. “Have you forgotten 1947?” the then minister is alleged to have said, alluding to the massacre of Muslims in Jammu during Partition. After his resignation, Lal Singh says he supports three demands of the JHCBA: transfer the rape and murder case to the CBI, rescind the minutes of the February meeting of the tribal affairs ministry, and remove the Rohingya refugees from Jammu. 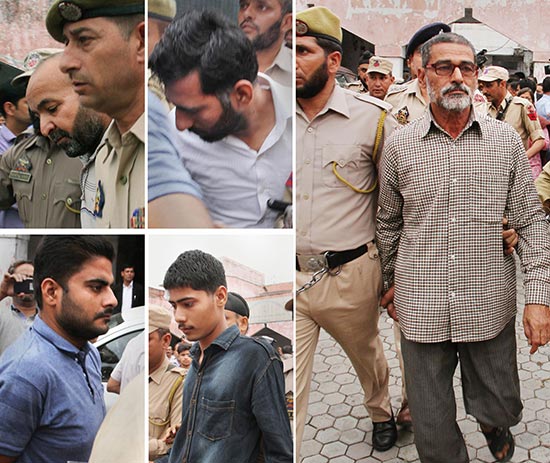 The JHCBA has been seen as a force to reckon with in Jammu since the 1980s. In 1984, when the then CM Dr Farooq Abdullah wanted to do away with the practice of the ‘darbar move’ (shifting the secretariat to Jammu for six months from November to April every year), the Bar opposed it. “The Bar called off the strike only after the then Union home minister Buta Singh negotiated with them and Farooq was compelled to give up on his plan.” Again, in 2008, the Bar was part of the Amarnath Yatra Sangharsh Samiti agitation during which an economic blockade was imposed on the Valley. Bar leaders take pride in recalling that they didn’t allow Farooq and Mehbooba Mufti to step out of Jammu airport for three hours.

The Bar has been supporting the demands of the Hindu Ekta Manch since its formation this February, with RSS activist and BJP worker Vijay Sharma at the helm, immediately after the arrest of one of the main accused in the Kathua case, Special Police Officer Deepak Khajuria. On February 14, the Manch took out a rally with protesters waving the tricolour. 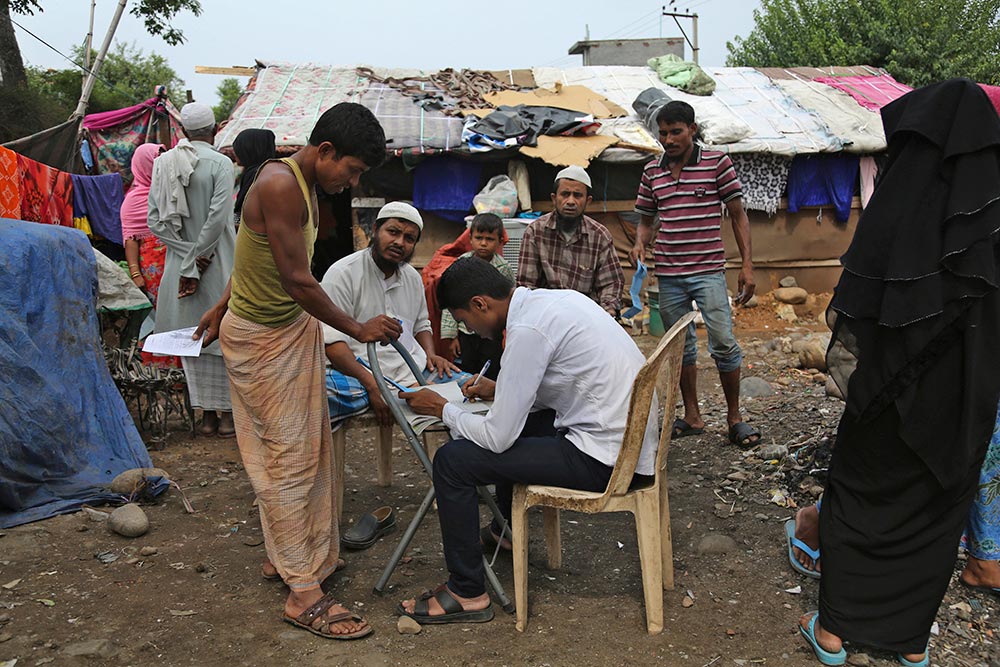 Rohingya refugees at a camp on the outskirts of Jammu

The CM has been in the Bar’s crosshairs since the beginning. On March 8, the Bar accused her of “facilitating a biased probe” to “humiliate, torture and demoralise” the Hindus of Jammu. Now the attention is being shifted to the Rohingya refugees. As early as February, the Manch had alleged that the entire Jammu region, including Kathua and Hiranagar, is witnessing a “demographic invasion that would help the cause of jehad”. However, Jammu-based political analyst Zafar Choudhary says almost half of the 5,000 Rohingyas in Jammu have been moved out.

Bakarwal leader Talib Hussain, who was arrested in January for protesting Kathua rape and then released under public pressure, says a sense of demographic insecurity has been created in the majority community by right-wing elements. According to the chargesheet, main accused Sanji Ram planned to dislodge the Bakarwals from Rasana village and hatched a conspiracy resulting in the “gruesome rape and murder of an inn­ocent, budding flower”. He had been mobilising members of his community to refuse grazing land or any other assistance to the Bakarwals.

Talib tells Outlook that Lal Singh and Ganga were at the root of the problem. Ganga allegedly pasted posters in his constituency during the 2014 polls, calling for the removal of Bakarwals from Samba district. “A Gujjar basti at Vijaypur was attacked during his victory rally,” says Talib. During a cabinet meeting in 2015, Ganga opposed the posting of a Muslim superintendent of police in Samba, saying, “I don’t need a Muslim SP.” 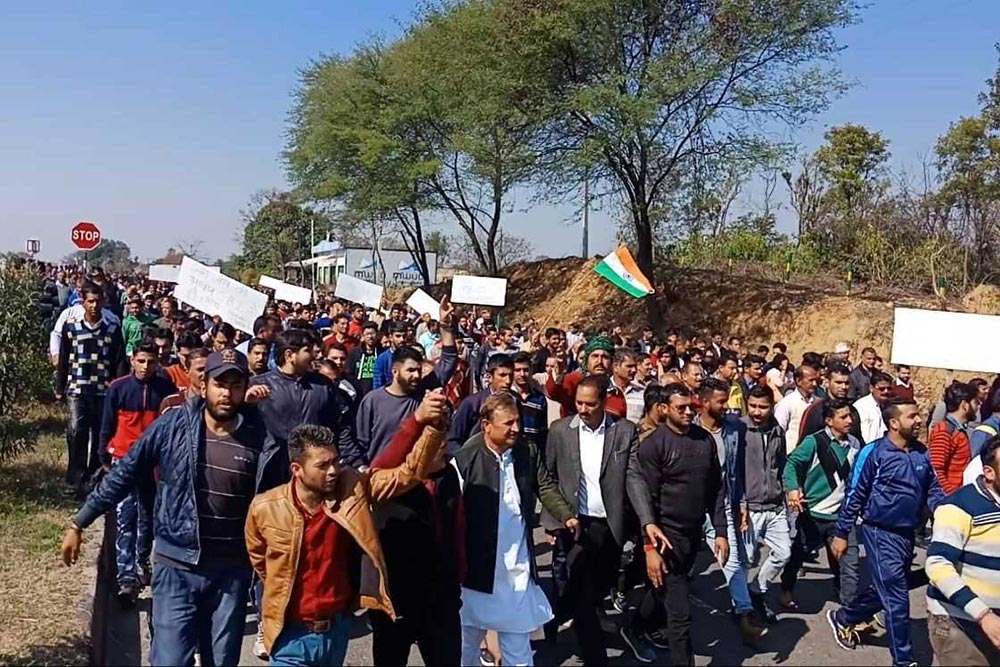 As the lands used by the Bakarwals for centuries are now between a highway and a railway track, they have become more valuable and hence the community is being projected as one of encroachers, say Bakarwal leaders. On February 22, 2016, another Gujjar basti was razed to the ground allegedly by RSS men and the police. “The SHO involved in the crime, I have heard, has got a medal,” claims Talib, who believes the sustained attempts to force them to leave the region began with the formation of the BJP-PDP alliance.

State agencies had told the Centre that Bakarwals are likely to get closer to Kashmiri separatists if no action is taken in the Asifa case, says a PDP leader.

More than two lakh lakh tribals use the foothills from Kathua to Jammu as winter pastures. The government has started a mega project of fencing all pastures in the name of forest protection, but the tribal leaders think the objective is to drive out their communities. With PM Narendra Modi condemning the rape of Kathua and the PDP and BJP agreeing on the need to ensure justice in this case, there is fear of more conflict in Jammu over tribal rights now.  “A panel of ministers under deputy CM Nirmal Singh is looking into tribal policy,” says tribal affairs minister Choudhary Zulfikar. “It will decide whether the government will approve the welfare policy in vogue across the country for the whole state or not. It is not a matter of some Jammu districts alone.”

Srinagar-based columnist and writer Riyaz Wani says, “The rise of communalism in Jammu goes back to the Partition riots of 1947. Moreover, from being the ruling class, the Jammu Dogras had to come to terms with their minority status in the state. Jammu has also been host to a number of refugees since 1947—those from Muzaffarabad (in PoK), the West Pakistan refugees and the Kashmiri Pandit migrants in the 1990s. All these have consequences.”

According to Wani, the Congress has always played the communal card in Jammu opportunistically, but since 2014 the BJP is doing it openly, leading to the situation where the Hindu Ekta Manch could be formed to protest against the arr­est of the rape accused. The insurgency in Kashmir has also had an impact on the Muslim regions of Jammu—the Chenab Valley and Pir Panjal—and the migration of Muslims and Hindus from these regions to Jammu and Kathua districts brought along different narratives in its wake.

Jammu-based political analyst Tarun Upadhyay says there is a feeling in Jammu that the demand for a CBI probe was unfortunately being seen as being pro-rapist and communal. “Jammu is the meeting point of several cultures and religions. We have been host to all faiths and cultures since 1947. You cannot acc­use us of being communal,” he says.

A senior government official, however, says “this is the lull before a storm...I fear anything can happen in Jammu”. CM Mehbooba Mufti realises it. Perhaps, that is why she went out of the way to praise Jammu for “showing unwavering support for a little girl”. “It has strengt­hened my belief that Jammu serves as a model of inclusiveness, and that the people of Jammu and the people of Kashmir ­together inspire secular unity and righteousness,” she says.