‘Rape Is About Violence, Not Sex, Of Proving Male Superiority’

On the changing face of feminism, women’s assertion of their rights and men’s reaction to it. 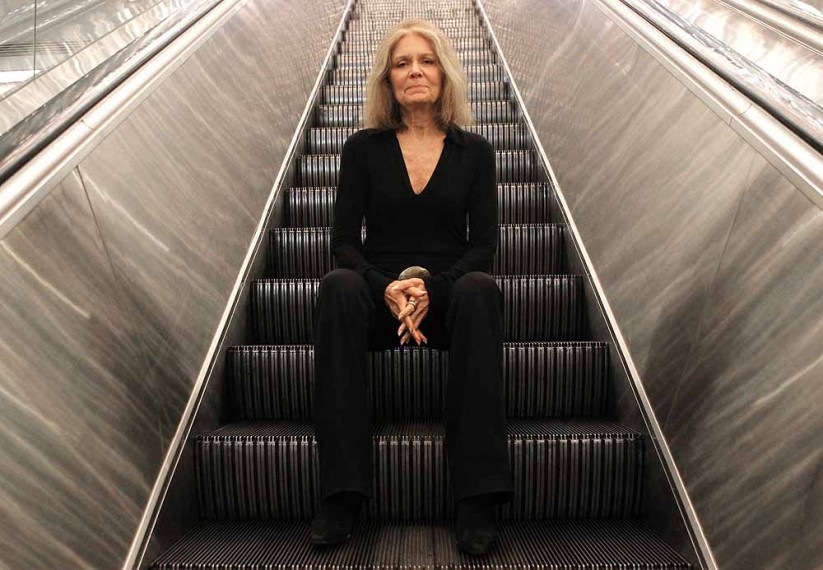 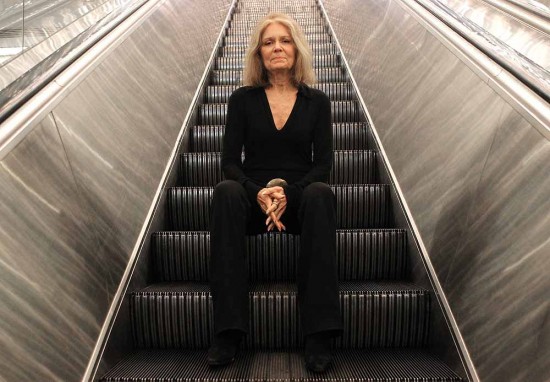 Less than a month back, feminist writer and social activist Gloria Steinem recei­ved America’s highest honour—the Pre­si­dential Medal of Freedom—from President Barack Obama for this year. In India, she has been involved with Apne Aap Women Worldwide, a grassroots organisation fighting sex trafficking. In an interview with Outlook’s Saba Naqvi, Steinem discusses the changing face of feminism, women’s assertion of their rights and men’s reaction to it. Excerpts:

Following the Dec 16 gangrape in Delhi last year, there has been a raging debate in India, stringent laws have been passed, and rape, sexual harassment etc are now issues discussed widely. Would you call it a feminist discourse? How is it different from the western feminist movement?

Yes, part of what is shared by my first and second countries—the United States and India—is the energy and tradition of great populist debates. I can’t imagine this happening in, say, Switzerland or China. And it’s a feminist debate as long as some voices are free to speak up for women’s right to be free, safe and equal as human beings. We may have more in common than would feminist moveme­nts in some other countries in the West because we, too, are very big, very diverse, with many languages and cultures. This is both a blessing because it allows us to see different examples, and a barrier bec­ause sexism is always inc­reased by bias based on race or caste. Obviously, reproduction—and therefore women’s bodies—have to be more controlled to maintain such unjust divisions in the long run, and conflict among hierarchies of men is played out on women’s bodies.

There is a fear that when we talk so much about rape (recent cases inv­olve a high-profile magazine editor and a retired judge of the Supreme Court) we may be falling into the trap of mass titillation rather than rights assertion. Is that a valid fear?

First of all, nearly half that “mass” is fem­ale and unlikely to be titillated by its own suffering. Second, if males are titillated by the pain and endangerment of females, it’s a judgement on them. One reason so many rapes and other sexuali­sed acts of violence involve groups of men is because they are proving their “masculine” superiority to each other. Also a reason why so many involve obj­ects that tear apart a female body internally—unlike a penis or other vulnerable part of the human body that might experience pleasure—is because rape is about violence, not sex. It’s about proving “masculine” superiority to fem­ales, or superiority to the male group that the female “belongs” to. They may even rape a boy or man to reduce him to a female status. That’s why most rapes of males are committed by heterosexual men, not gay men. For instance, the letters I get from men who understand rape the best are men in prison who’ve been used as women in the absence of women.

"If men are titillated by the pain and endangerment of females, it’s a judgement on them, not on feminism."

This is also reversible: the more equality between males and females, the less rape. As far as is known, rape was rare or non-existent in the matrilineal cultures of my country before the racist and patriarchal Europeans showed up. They wrote home with shock that “these savages” didn’t rape—even their women prisoners. Rape, sex trafficking, the sort of dominance that is bought via prostitution, the sexualisation of the helplessness of chi­ldren—they all are about proving half the human race is superior to the other half. Since that’s a lie that’s about taking away women’s natural right to control their own bodies, it requires violence or the threat of violence. But a lot of men don’t fall for it. They recognise shared humanity, and are insulted by the idea that they would have to use force, physical or economic.

Many men (and some women) argue that new laws mean the end of seduction, as a woman can now accuse a man of rape even if causes are personal vendetta or the desire to entrap someone in a position of power. One politician even suggested that people will stop hiring women.

Ah, yes, he’s one of the men who thinks it’s all about him! Believe me, there is still punishment for bringing a charge of sexual assault—the women who do it often have a fierce sense of fairness plus a desire to keep him from attacking other women. In any case, the charge is subject to all the rules of evidence. Failing to hire women—besides being illegal—is like failing to hire the poor because they might steal—though, of course, the poor are more likely to steal if they don’t have jobs. I don’t know who that politician is, but I wouldn’t be surprised if the gender gap in voting patterns sends him home. I hope he might think to himself: suppose I were exactly the same person, but born a woman? Then how would I feel? Emp­athy is a very revolutionary emotion.

Is there a disconnect between women’s struggles in rural India, and the shrill rape debate in urban spaces?

I don’t feel I can answer that, only village women can. To the extent that I’ve been able to listen—for instance, talking to women like Mukhtar Mai who survived a gangrape in her rural Pakistani village, but fought back and created her own debate, urban and global—rural women seem grateful for support. She and others have gone on to become feminist activists, and work for women’s human rights. Also, “shrill” may be a judgement in itself. I don’t think a deb­ate about sectarian violence of men against men would be called “shrill”, do you? If we call it “brave”—or just “a debate”—the response is greater.

Although it is hard to generalise about different sections of society, from the feminist viewpoint how far have Indian women travelled?

I don’t think I can generalise, even about American women. We just need to tell our stories, find what we share, and work together to make life more fair, kinder, less of a hierarchy determined by birth or anything that is unwanted or unearned. In polls, most Americans now believe that women can do what men can do—but not yet that men can do what women do—so there is a huge and unfair difference between women who have children and women who don’t. It’s also crucial that men raise children equally because that’s how men find all their human qualities, and free themselves from everything that proving “masculinity” requires. But remember, movements have to last about a century to be absor­bed—look at the abolitionist and suffragist movement that took about 100 years to gain for men of colour and all women a legal identity as human beings. Before, we were all chattel. Now we’re striving for legal and social equality, that will probably take a century, too—and we’re only 40 or so years into it.

What should be the big concerns for women (and men) in India?

I don’t believe in “shoulds”. Each person or group finds their authentic answer.

What are women in the West grappling with today?

Patriarchy is the same lie about male supremacy, it just takes different forms. For instance, in the US, if you added up all the women murdered by their husbands or boyfriends since 9/11—and then added up all the Americans killed in 9/11, Iraq and Afghanistan—more women have been murdered by their husbands and boyfriends. Yet we pay a thousand times more attention to foreign terrorism than to domestic terrorism. Yes, women are sometimes in powerful positions in the West, but the average woman is still not paid equally to a man for the work she does, and if it’s work in the home, it has no economic value at all. Especially in the US—which will soon no longer be a majority white or European American country—there is a huge backlash against reproductive freedom, immigration and everything else that’s bringing this change.

So we who share values across parts of the globe need each other all the more now. I have hope because I’ve seen huge changes. And besides, hope is a form of planning.