With those famous tosses of head, shoulders, cigarettes, he rules the silver screen. Off-screen, his humility and philanthropy have made him Thalaivar of people’s hearts. 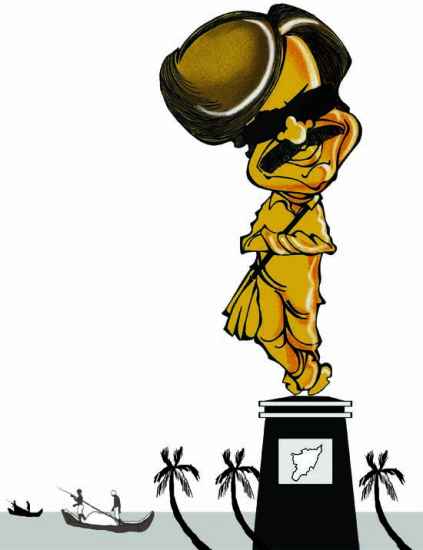 The Pongal, Vishu, Id, Independence Day release frames are gone but there are no signs of Kochadaiyaan­—the latest release from Thalaivar, as superstar Rajnikanth is known. The remaining slots are Deepavali, the superstar’s birthday (December 12) and Christmas. The vigil, led breathlessly by a Facebook group called ‘Rajnikanth Biggest Superstar of India’, continues. Meanwhile, those awaiting India’s first motion-capture film can take heart in the knowledge that it is a long and complicated process—Spielberg’s The Adventures of Tintin, also a motion-capture epic, took four years. Until such time as Kochadaiyaan arrives, devotees can seek solace from looking at his cutouts in the Chennai Express ‘lungi dance’. One can only hope that Chennai Express does not share the fate that befell RA.One in Chennai, where fans waited for the few seconds that Chitti the Robot appeared on screen and then left. Those thirsting for a glimpse can also take a look at his portrait as the legendary Purandaradasa, gifted recently in Bangalore to his best friend, the man who was driver to Rajni’s conductor, Raja Badhar. Badhar is going to suggest that Rajni plays Purandara Dasa, a pioneer of Carnatic music, in one of his forthcoming films. During the Bangalore event, Badhar confidently stated that his bestie wouldn’t enter politics and that people would remember him as an actor. No matter what Badhar says, 2014 is election year in a nation wracked by corruption scandals, a failing economy and a terrible record of violence against women—all issues that the superstar has set right in his films! Perhaps it is time to turn on-screen rhetoric into off-screen practice? A nation in general and Tamil Nadu in particular wait.