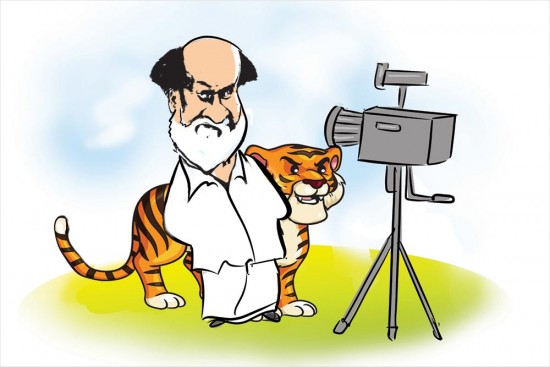 There’s nothing Rajini-can’t do! At the ripe young age of 69, the man who can slam shut a revolving door is shooting in Karnataka’s Bandipur forest for Bear Grylls’s Man vs Wild, the popular TV show. Rajinikanth, by his fans’ account, is actually taking a break from the monotonous daredevilry of killing two stones with a bird to teach the firangi wanderer a thing or two about wandering in the woods among the tigers. Bear had an outing with PM Modi for his show last year, but Rajini… A fan’s advice to Bear: Don’t compete with Rajini. Mind it, Superman did once. The wager—the loser must wear his knicks over his pants forever!