Rajasthan Elections Will Be A Test Of BJP’s Electoral Genius

Historical precedence throws its weight behind the Congress as the people of Rajasthan have elected Congress and BJP governments in alternation for the past 25 years. 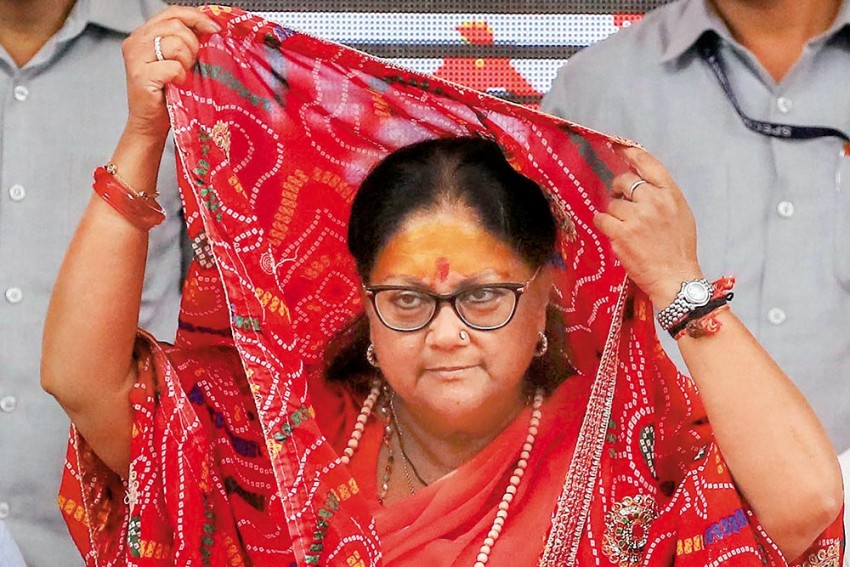 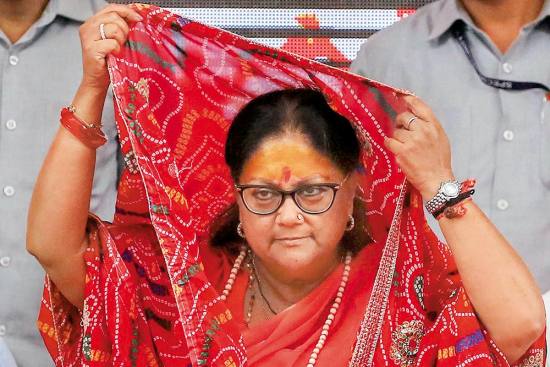 At the Pradesh Congress Committee office in Jaipur’s Sindhi Camp area, a police inspector is greeting the party workers with smiles and folded hands. “In the past four-and-a-half years, not even a constable came here for a courtesy visit,” remarks a senior Congress leader. The shifting allegiances of few policemen might not be a good barometer of the electorate’s mood, but there are other scents in the air too, suggesting the mood might just be changing.

Historical precedence throws its weight behind the Congress as the people of Rajasthan have elected Congress and BJP governments in alternation for the past 25 years. A year ago, the BJP could have hoped to upset this trend with Modi’s popularity and the Congress’s diminishing profile. But that seems to have changed. Rahul Gandhi’s rally in Bikaner earlier this month drew a huge crowd. Besides speaking out over the Rafale deal, Rahul has also ­accused the BJP of shielding its Unnao MLA, Kuldip Singh Sengar, in a rape case. Sachin Pilot, who was ­appointed the Pradesh Election Committee chairman two weeks ago, delivered a series of wins in the recent bypolls. 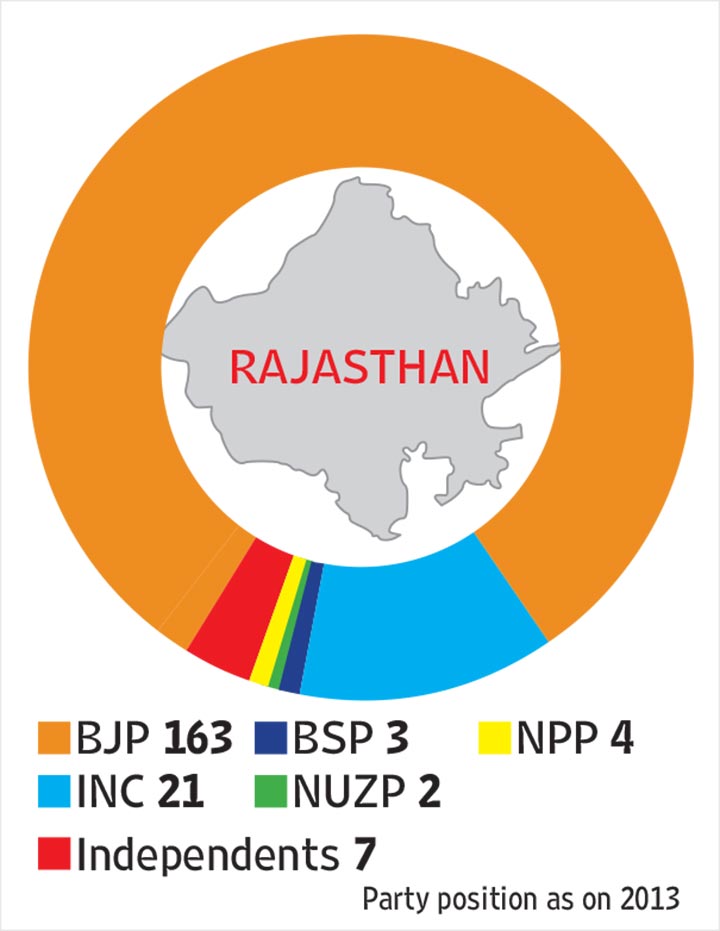 Two recent surveys, ABP-CVoter and Cfore, have predicted a Congress win with a comfortable majority in Rajasthan. The BJP too seeems to have realisesd that the ground is slipping from under its feet. There are a multitude of factors, ranging from anti-­incumbency to populace’s dislike for Vasundhara Raje’s smugness, working against the party. Party chief and master campaigner Amit Shah has visited the state five times since the beginning of September, invoking surgical strike and the issue of Bangladeshi immigrants to canvas support. Raje has concluded her Rajasthan Gaurav Yatra covering more than 150 constituencies out of 200 in the state. In addition, she announced free smartphones for roughly one crore people in the state a month before the model code of conduct for elections came into force.

In a state that is evidently caste conscious, the caste equations also seem to be tilted against the BJP. The Rajputs, a loyal votebase of the party, are apparently miffed with the party over a range of issues and feel slighted by a party ‘that was nurtured by their blood’. Manvendra Singh, son of veteran BJP leader Jaswant Singh, has quit the party and expressed his intentions to join the Congress and fight the 2019 Lok Sabha elections. Senior Singh was denied the BJP ticket from Barmer-Jaisalmer ­constituency in 2014 Lok Sabha polls. Not appointing Gajendra Singh Shekhawat as state BJP chief, the government’s handling of Padmavat controversy, and the encounter issue of Rajput gangster Anandpal are some of the other issues that has the martial community frothing at the mouth. The Brahmins, ­another strong vote bank, are also upset with the party because of the six-time MLA Ghanshyam Tiwari’s alleged ­affront by and exit from the party. A Brahmin social figure remarked that Muslim appeasement killed the Congress and Dalit appeasement might just do the same to BJP.

The elections in the state, coupled with those in Madhya Pradesh and Chhattisgarh, will not just be a real test of BJP’s electoral genius but also set the stage for the Lok Sabha elections next year.

By Salik Ahmed in Jaipur