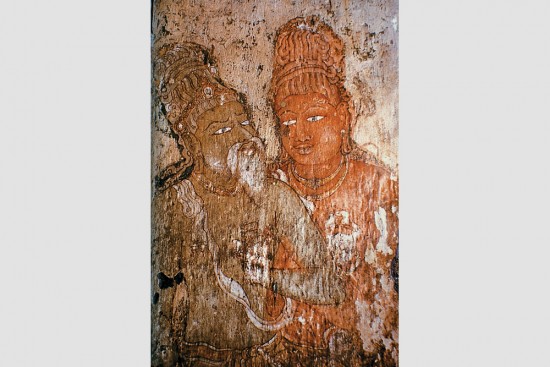 Most south Indian cities have a temple at their heart. The one in Tamil Nadu’s Thanjavur, or Tanjore, is a thousand years old. Locals call this stone building Periya Koyil, ‘the big temple’; the scholar David Shulman has termed it a ‘rhapsody to size’. A decade in the making, it was crowned by a gilded finial that stretched its superstructure to 66 metres high—making it for centuries the tallest temple in India. It was the signal architectural achievement of the Chola dynasty, which from the late ninth century to the late thirteenth sustained one of India’s most sophisticated cultures. The ruler who ordered its construction was born with the name Arulmolivarman; but ascending the Chola throne in 985 AD, he became simply Rajaraja—the king of kings. His temple, which stood at the centre of a loosely assembled ­empire whose influence extended from the Maldives to Indonesia and the South China Sea, was a symbol of his power, his munificence and his proximity to the divine.

“He builds a temple which he modestly names after himself, the Rajarajeshwara temple, and it is really the most magnificent temple of the early eleventh century anywhere in India,” says George Michell, an expert on Indian architectural history. “It stands to this day as a testimony to the financial res­ources, the architectural magnificence and the artistic skills that Rajaraja could command.” There were important south Indian temples before this, Michell adds, “but suddenly, with Rajaraja, everything gets three or four times larger”.