Sanjay Sinha lives in Singapore and works in an investment bank. He spends his vacations in Macau, where he unwinds by playing poker. For the Christmas break, though, he headed to Goa where casinos are legal and very cheap. “The rupee is now so weak that it makes sense to head to Goa. Before I set off, I decide the maximum I can lose. In rupees that sum allows me to play 40% more than I could in Macau or Singapore,” he says.

In its Global Gaming Outlook Report for 2011, PriceWaterhouseCoopers (PwC) says that Asia will overtake the US as the world’s largest casino market. This is due to growing incomes and logistical and regulatory support. Recent examples of this include a railway that connects Macau with Guangzhou, which has boosted traffic from the mainland.

In India, gambling is relegated to Goa, Sikkim and Daman. In 2011, casino owners in Goa reported the highest booking ever owing to the sharp depreciation of the rupee. Delta Corp, the only listed casino entity, which runs four casinos in India, recorded a revenue of Rs 27.8 crore in Q1 of FY12, a quarter-on-quarter growth of 40%. 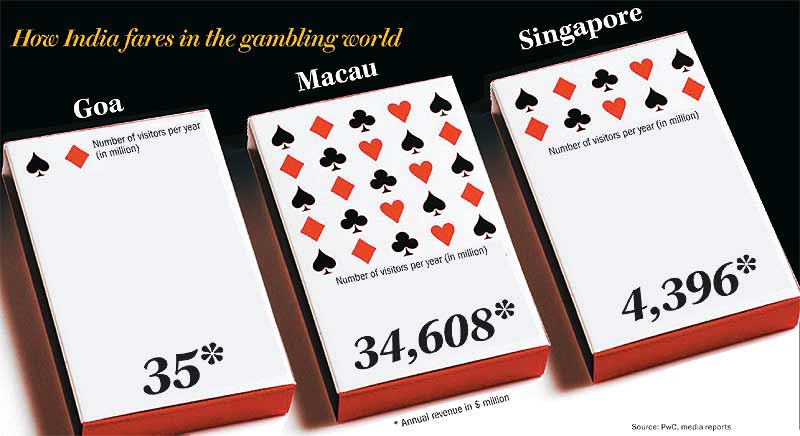 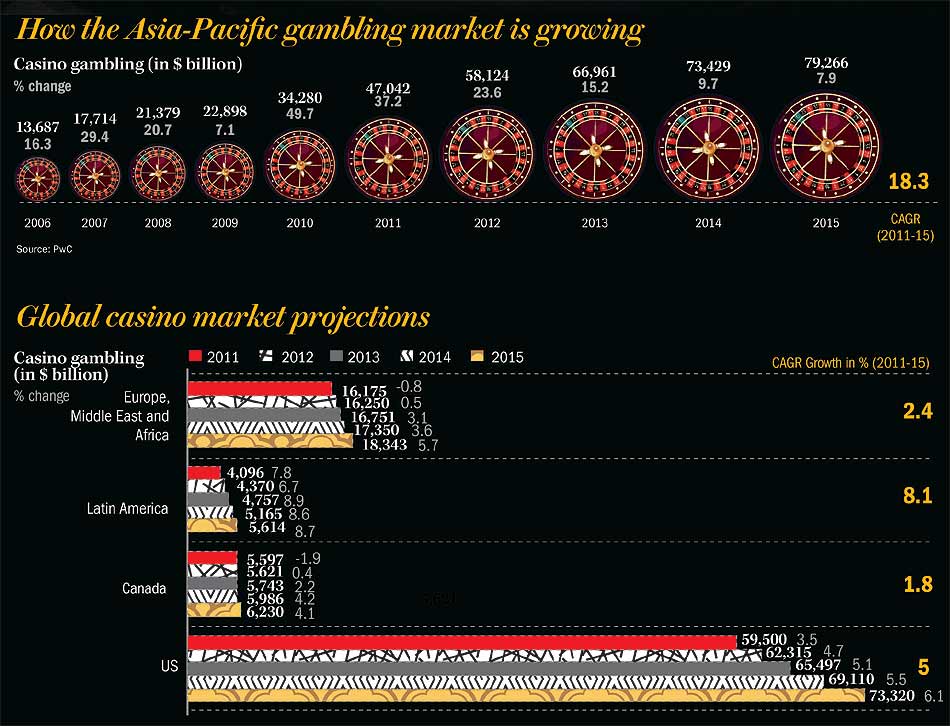