The Congress president’s harangues can only invite ridicule and derision 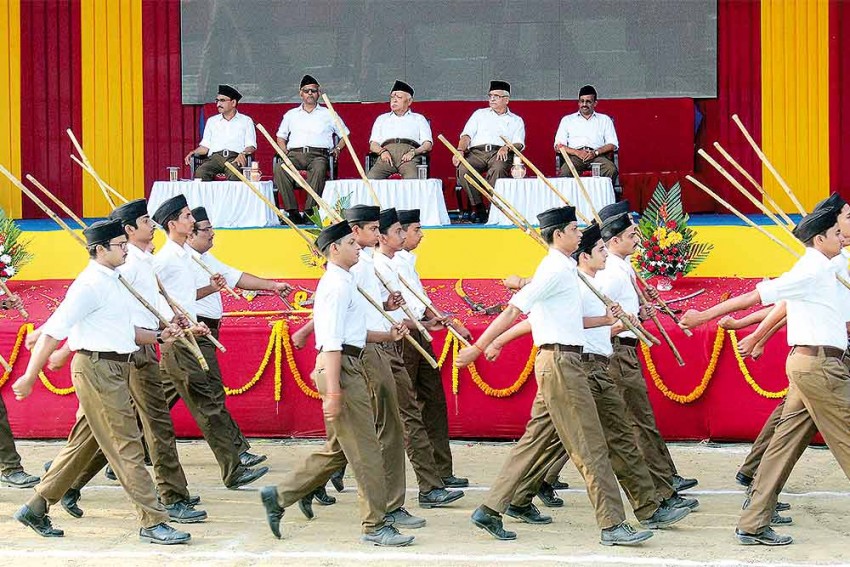 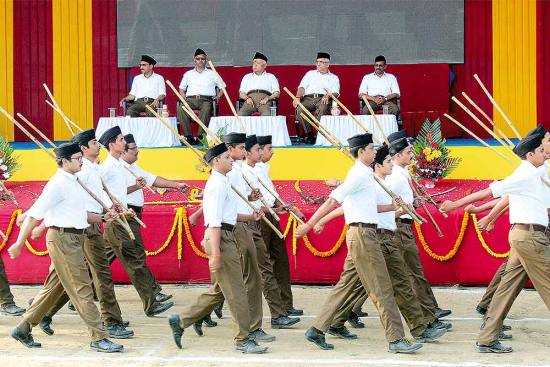 “The RSS idea is similar to that of the Muslim Brotherhood in the Arab world,” Rahul Gandhi is reported to have said during his speech at the International Institute of Strategic Studies, a London-based think-tank. This is not the first time the Congress president has targeted the Rashtriya Swayamsevak Sangh (RSS) on foreign soil. He had attacked the RSS while speaking earlier at a small gathering of the Indian diaspora in Germany.

The Jama’at al-Ikhwan al-Muslimin (Society of the Muslim Brothers), or the Muslim Brotherhood, started in 1928 in Egypt as an Islamic ref­ormist outfit with a clearly stated political agenda. It is at loggerheads with many Arab countries. Not even remotely does it have any parallel with the RSS, ideologically, functionally or otherwise. The RSS is a socio-cultural org­anisation with no political agenda; it belie­ves politics is not the be-all-and-end-all of society. Rahul has been ill advised to speak on subjects that are far beyond his comprehension. His effort to draw a comparison between the Muslim Brotherhood and the RSS is a classic case of false equivalence. It’s the height of absurdity, denigrating his party and exhibiting his own limited intellectual capacity.

Sometime back, during a foreign tour, he had feigned ign­orance about the actual status in Doklam, the valley in Bhutan where the Chinese military was planning to construct a road connecting two points in Chinese-occupied Tibet, which would pose serious security issues for India. During the same tour, he again said that the Chinese army continues to stay put in Doklam, while the government of India had officially maintained that there is status quo in the area. In fact, as a Member of Parliament, Rahul is in the Parliamentary Committee on Foreign Affairs and was present when that committee was briefed on Doklam. It is not clear why he should peddle unt­ruth about a sensitive issue between two countries.

Ironically, at the height of the Doklam standoff, Rahul had a meeting with the Chinese ambassador in New Delhi, without following the traditional practice of informing the foreign off­ice. He probably did not brief the foreign ministry officials after the meeting either. Rahul’s behaviour has been very strange, to say the least, betraying not only his ign­orance, but also disdain for established protocols.

Rahul Gandhi would be best ­advised not to enter debates on Hindutva, vilify the RSS and use ­intemperate language.

Congress strategists had tried to project Rahul as a temple-­going ‘janeu dhari’ (sacred thread wearing) Hindu solely with a view to garner non-BJP Hindu votes. He would be best advised not to enter into Hindutva-related deb­ates, vilify the RSS and use intem­pe­rate language that only brings disrepute to his over one-and-a-half-century-old party, bes­ides seriously questioning his capability to lead the (non-existent) opposition coalition. Not all the parties in the Opp­osition would like to engage in a con­frontation with the RSS.

Read Also: Attacking It Will Push The RSS To Support The BJP’s Poll Campaign More Zealously’

Besides, the Congress suffered a serious political setback when Communists and Marxist elements infiltrated its organi­satio­nal wings (under the Trojan Horse strategy) and “captured institutions” in order to change the Indian narrative. It appears that these Leftist ele­­ments, known for their pathological hat­red for the RSS, have infiltrated his inner coterie and hijacked the party’s political agenda.

The strength of the Congress leadership has always been its ability to pick up economic issues that concern the majority and convert them into votes to their pol­itical advantage. It is difficult to und­erstand the logic behind Rahul’s tirade against the RSS about which he appears to know next to nothing, besides annoying millions of RSS followers, all of whom may not necessarily be BJP voters. He should also know that the sacrifice, credibility and outreach of the RSS far surpass those of the party he is heading.

(The author, a former editor of Organiser, writes on foreign affairs and strategic issues)