Deviations from universal practices in bilateral deals, even regarding defence procurement, cannot be beyond the scrutiny of Parliament and the public 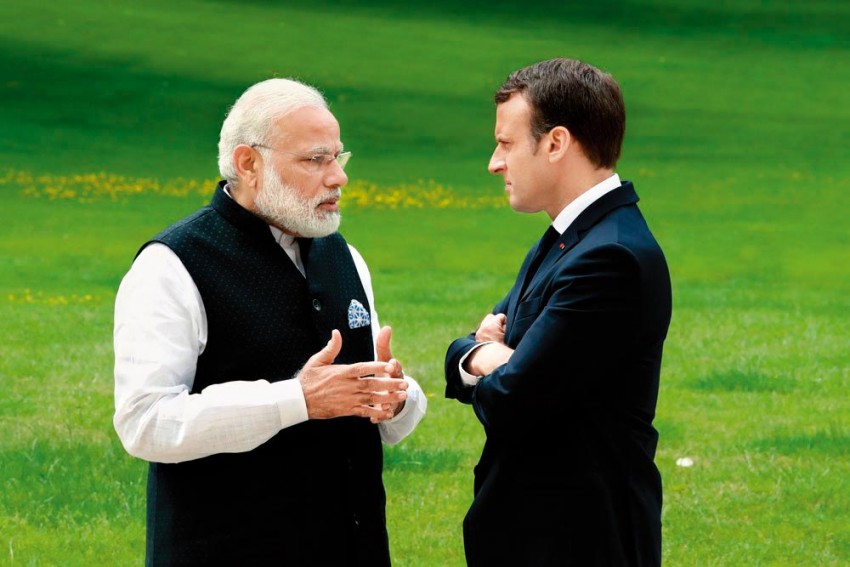 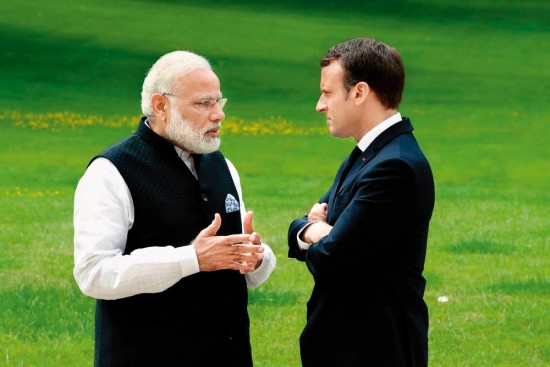 The government’s repeated stonewalling against letting out the details of the Rafale deal is intriguing. I wonder if the use of Article 10 of “the Inter-Governmental Agreement (IGA) between Govern­ment of India and Government of France on the purchase of Rafale aircraft” is being done sanguinely or as mere fig leaf to obfuscate the issue.

In a democracy, Parliament is supreme, with the executive answerable to the legislature; so keeping information from Parliament is tantamount to negating the paradigm that anc­hors democracy’s triad: separation of power, checks and balances and rule of law. The Raksha Mantri (RM)’s stand manifestly can be construed as the government’s artful way to dodge accountability and democratic debate behind this smokescreen of secrecy. Secrecy clauses cannily crafted can make details off-bound for citizens, even Parliament, but it’s ethically wrong and morally repugnant. Letter and spirit are material; they aren’t handmaidens to serve ulterior designs or political motives. Look at the UK politicians’ moral standards when just a few months ago the international development minister Lord Michael Bates offered to quit for “failing to be in his place to respond to a question from a peer” in Parliament.

In statecraft, practices are as vital as precepts. Nowhere is it warranted that secrecy clause(s) of non-disclosure need to be enshrined in an IGA. The agreement is between two sovereign democratic nations, each answerable to its respective citizens apropos its respective Constitution and governance architecture—and each is free to incorporate terms and conditions in sync with its respective constitutional obligations, untrammelled by any external force(s) or dictates of the other party. In a bilateral agreement as this, any deviation from universal, time-worn practices can only be strategic and diplomatic for the nation. Surely these aren’t issues beyond the ken and scrutiny of Parliament and citizens.

Defence contracts don’t really need to be treated with kid gloves ­unless the intent is to shroud something.

There was indeed much confusion about the IGA when the then French president Francois Hollande visited India as the guest of honour on Republic Day 2016. It was clarified that it was the MoU that was signed, not the IGA (pending some financial issues).

Para 104 of the Defence Procurement Pro­cedure (DPP) 2016 that deals with IGA too merely makes some exceptions, inasmuch as certain procurements may not follow the classical “Standard Procurement Procedure and the Standard Contract Document, but would be based on mutually agreed provisions between the Governments of both the countries”. These are when “procurement is done from friendly foreign countries…due to geo-strategic advantages that are likely to accrue to our country” and “based on an Inter Governmental Agreement after clearance from CFA” (Competent Financial Authority).

Three categories of cases fall under this: (i) when equipment of proven technology and capabilities of a friendly country can be procured ex their stocks or by using Standard Contracting Procedure as existing in that country; (ii) cases where very large value weapon system/platform in service in a friendly country, is available for transfer or sale, which would normally be at a much lesser cost than the cost of the original platform/weapon system; (iii) to procure specific state-of-the art equipment/platform where the government of the Original Equipment Manufacturer’s country has imposed restriction on its sale, nec­essitating signing of an IGA.

There is no overwhelming reason to treat ­defence contracts with kid gloves unless the ­intent is to shroud something. Strategic aspects of weapons in technical microscopic details must be guarded, but other contractual aspects, especially the break-up of costs, could be shared. MPs are entitled to be briefed and are fully within their rights to debate the contract. The members of the standing and consultative committees too can seek for information, and these are ­invariably provided with exceptions made only with regard to few security concerns. The cost details are never held back. You can’t put the documents out of bounds for the constitutional auditor—you simply can’t! You don’t stop the Comptroller and Auditor General (CAG) from going public with its report—you can’t, because the Constitution entitles him to access all relevant files/documents to perform its mandate. Moreover, the audit report needs to be diss­eminated since it involves public money. Wasn’t this done in all past cases—Bofors and AgustaWestland not excluded? So, why this brouhaha now?

Sadly, the RM’s non-disclosure to the specific question on the cost per aircraft has got the government tied in woolly knots, demanding unspooling from time to time. Subhash Bhamre, the junior defence minister, had on November 18, 2016 informed the Lok Sabha that “IGA with the Government of France has been signed on September 23, 2016, for ­purchase of 36 Rafale aircraft along with requisite ­equipment, services and weapons. The cost of each Rafale aircraft is ­approximately Rs 670 crore and all the aircraft will be ­delivered by April 2022.”

Even in areas that impinge on strategic ­security, the Opposition can be and should be taken into confidence.

It’ll be good if the RM recalls her loud declamation of transparency in a November 2017 presser: “There is nothing that is going to stick on this government because everything is being done transparently and as per procedure…. There is just no comparison between the ways in which UPA took decisions and the way in which NDA takes decisions, because we have made both simpler, smoother, faster and above all transparent.” Whither transparency now? Why hark and cling to the 2008 UPA-secrecy pact when it could have been helped? Stranger still since pertinent information are shared with members of parliamentary committees without demur.

What then prompted the government to change tack and become cagey? Is it that it’s hard put to explain that while cost of the aircraft per se is approximately Rs 670 crore, the unit cost billows to Rs 1,640 crore when the weapon system, spares, 75 per cent fleet availability time and performance-based logistics support (PBLS) for five years are added? Or is it the issue of sovereign bank guarantee that haunts? Did the RM shoot her mouth off without getting into the nitty gritty and its ramifications? Does harking back to the security agreement signed between Indian and France in 2008 not suggest that it’s set in stone and unalterable, and hence binding on all future defence IGAs?

In the absence of any such provisions as also absence of any express allusion to past IGAs in the DPP that obligates honouring, it’s natural to assume there was nothing that forced the government to toe past secrecy clause(s). Contrarily, if there indeed were such compulsions, it would enhance credibility to put the secrecy provision in the right context and perspective. It would seem the Rafale deal had a lot going for India, coming as it did against the backdrop of a near decade-old stalemate. The negotiations were long and hard, with customisation, the India-specific aspect and performance-based logistics being a few highlights to boot.

Beyond the secrecy clause, there are indeed provisions in the DPP on non-disclosure of contract details to any third party. It’s but a contractual ubiquity, a business practice followed the world over, and a universally-­accepted obligation. The reference, though, is to third parties in a competitive business scenario, while here it is to one of the contractual parties—not the contract signing executive per se, but the most important legislative body the former is answerable to in India’s democratic polity, and thereby an intrinsic part of the first party.

To use such excuses to dissimulate and refuse to part with cost details is hardly tenable. It will smack of ulterior motive with such excuses appearing flimsy. What further doesn’t easily meet the eye is the likely fallout: of the armed forces in general and the air force in particular taking the brunt of the speed of modernisation programme. It pays to go transparent. Even in areas that impinge on strategic security, where information-sharing may not be in national interest, nothing stops the government from taking the Opposition into confidence for a closed-door presentation and discussion with senior leaders, who despite their political differences will appreciate the nation’s concerns and desist from making any unwanted demands. That would be gracious, even statesman-like. But will the government do it?

Going by government’s logic of non-disclosure, one is tempted to surmise if such secrecy clause(s) couldn’t be built into all contracts—to obfuscate core issues from Parliament and the public—and thereby shroud defence deals as political fig leaf to avoid scrutiny, debate and criticism! If such was the intent of this shebang, that’s low-brow sophistry—and far from edifying. One hopes it isn’t.