Watching it as just a movie divorced from the reality around us, Raees offers as many moments of entertainment as tedium in the second half... 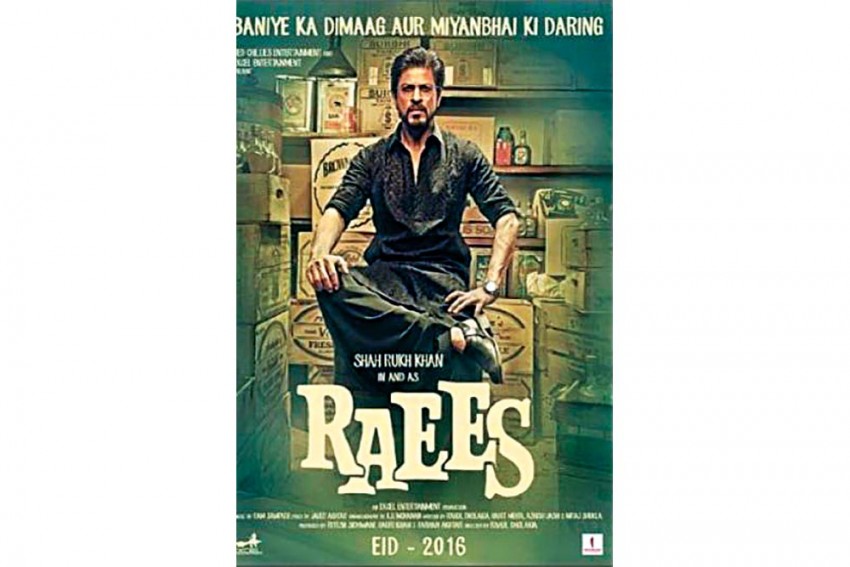 What does a star do when he has already proclaimed himself the ‘king’ and paid tribute to himself in a movie called Fan. He plays a gangster in an Eighties throwback of a film, a larger than life character with a messiah complex, ‘in and as’ Raees.

Because it is Shah Rukh Khan playing a ruthless Gujarat bootlegger, who, a voiceover intones, was responsible for making the supply of illicit liquor in the dry state a multi-crore business, it is supposed to be an awe-inspiring achievement.

The dialogue being used for the film’s promotion states: “Koi dhanda chhota nahin hota aur koi dharm dhande se bada nahin hota.” Raees uses his mother’s words as his life’s philosophy, quite ignoring the cautionary, “provided it doesn’t harm anybody.”  Since the film’s purpose is to admire the man’s “baniye ka dimaag aur miyabhai ka daring,” there is not even the slightest comment against the consumption of alcohol or any mention of the many hooch tragedies that take place in India.

Rahul Dholakia, who made the courageous Parzania, probably tried to make a film about the repercussions of alcohol prohibition in Gujarat. (Hollywood is still nostalgic about crime in the Prohibition era of the 1920s). But then a superstar steps in, big production houses get involved and before a director knows it, his film has romance (Mahirah Khan as the love interest), songs, an item number (Sunny Leone) and an unabashed braggadocio.

The film claims to be a work of fiction, but is based on the life of a real gangster and bootlegger of Gujarat, whose ties to a notorious don are recorded, and so is his role in the Mumbai bomb blasts. He was eventually killed in a police encounter.

Now watch how the script twists these facts to paint Raees in a glowing light (“akkhi duniya mein single piece” a song goes), make the honest cop (Nawazuddin Siddiqui—effortlessly brilliant) into an slightly negative character and expect the audience to weep over the tragedies that befall him.

Never mind that his fortune was made through crime and murder, doesn’t he whip himself bloody during Muharram? Didn’t he win elections? Didn’t he dream of building an ideal township for his people? Didn’t he empty his cupboards to feed the hungry during the days of curfew? Why is he considered so bad when the cops and politicians on the take do not suffer the consequences of their corruption?

Watching it as just a movie divorced from the reality around us, Raees offers as many moments of entertainment as tedium in the second half, but from all accounts, SRK fans are liking his swagger, the bespectacled, pathan-suited look and the Bachchan-eque bravado.  At least films like Deewar and Nayakan, that are heavy influences on this one, explained the protagonists’ descent into crime.  Raees is the kind of kid who steals a pair of glasses from a Gandhi statue because his poor mother cannot afford a pair. Right—a hero of and for our times!

The Dial Of The Sun King