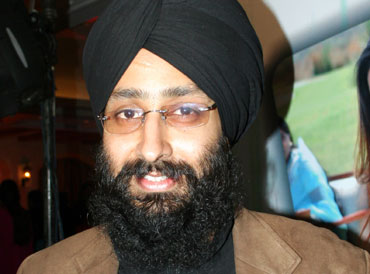 It’s a romantic album, but I cannot shut myself out socially. I’m a person of the street.

As an artist, do you feel you’ve grown?

I don’t like to think of art as linear or vertical. It’s circular, you can move both forward and backward. I’ve definitely moved, but I don’t know if I’ve progressed.

Will this album meet the fans’ expectations?

The proof of the pudding lies in the eating. We’re still making the pudding and will know the reaction in a few months.

You composed the score for Bollywood film Delhii Heights. How different was it?

Abrupt. I had to rely less on creative impulses and more on my craft, which means developing a process where you can write on any given situation. It’s like working with building blocks.

Your music is more an eclectic mix of sounds.

Some of it is good old hard rock, while some is acoustic. It straddles both rock and hard rock. The new album is more raw and has an edge compared to the previous one.

Which elements of rock music have you incorporated into your Sufi/folk style?

You’ve performed live in Brazil. What was the crowd response like?

The most fantastic crowd I’ve ever seen. There were over sixty thousand people.

Do you wish you were formally trained?

Yes, at times. But learning is a two-way sword, you end up being guided by everything you learn. But listening to greats like Bade Ghulam Ali saab, I wish I’d been classically trained!

Mira Nair has compared you to Nusrat Fateh Ali Khan.

Nice and gracious of her. He’s a classical hero and we cannot be compared.

A word of advice for aspiring musicians.

If you’re struggling, you have to find a way. Motivate yourself, think positively.