Different gharanas came together at Sahela Re, Pune’s tribute to Kishori Amonkar 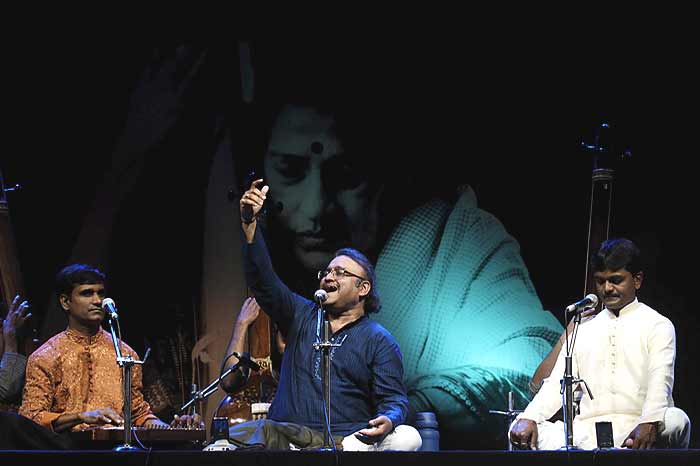 For a music universe still coming to terms with the demise of its adored and venerated banyan, Bhimsen Joshi, Sahela Re, a two-day festival of music, could not have come at a better time. Held last week in Pune, his home for decades, it was a banquet that lifted spirits and celebrated the 80th birthday of another great, Kishori Amonkar. (Sahela Re is her composition that mesmerised even ‘non-classical types’ when she first sang it in her prime, and the LP hit music stores.)

The act of simply getting onto a plane, train or bus to perform in tribute to someone is not unusual. It is seen as a privilege by most musicians. What turned this event into something of a magnificent mahayagna, as someone called it, was the coming together of musicians from so many gharanas from across the country. And they came bearing gifts as ephemeral but priceless as that one special taan, a mesmeric tabla bol, a Carnatic composition with the name Kishori woven into it, or that quicksilver phrase that showers her with stardust.

The Indian classical music world is overburdened with stories, real and imagined, of rivalry and brinkmanship among various gharanas down the ages. To the evolved and eager listener (as distinct from the groupie), these are differences to be celebrated, and not affinities and loyalties to be hotly and pointlessly debated. However, the musicians who come to perform at such a festival have to achieve a fine balance. Firstly, to make that jump from competing to cooperating. And secondly, to hold their own while performing, yet merge and coalesce in ways that contribute sparkling facets to the ensemble performance.

Magically, the Pune audience saw that happen on February 12 and 13. The different treatment of a single raga by vocalists or players sharing a stage brought alive something that Kishori had once wishfully talked about in a documentary clip. She had mused about why 15 people from different gharanas couldn’t one day simply assemble and sing Yaman, bringing their varied approaches to the raga. Filmmaker Amol Palekar and his wife Sandhya Gokhale decided to make it happen. This is what led to many confluences at Sahela Re: north met south; old met young; unknown met well-known; reticent met flamboyant....

Unfettered by dictates of seniority and protocol, the musician breaks loose in delightful ways at such a programme. So while a Rakesh Chaurasia’s pedigree is top drawer, his ‘youngness’ would perhaps normally mean that he doesn’t ‘interrupt’ while the elders are playing. Here, though, the very format invited him to not only play his piece, but to also come up with charming additions and asides on his bansuri, when the more senior player was doing his thing. Incredibly, most of the ‘trios’ that performed—of instrumentalists, women singers and men singers—had not rehearsed together, and had only actually come together that afternoon.

One of the biggest windfalls of a programme that pulls in distinct musical elements from across the country is that the listener stumbles upon a voice or a style or an instrument that he till then is unfamiliar with, or it’s not in one’s upper consciousness. The frisson that ran through the 2,000-strong audience when the young sarangiya Sabir Khan played just a trial phrase during mike checks for the percussion finale is a case in point. The audience-sigh, or ‘Hai’, as Begum Akhtar would have called it, led tabla maestro Zakir Hussain to look up in happy surprise and kid with the audience: “Hey we’re all playing something to test the mikes, but you guys are blown away by just a few notes from this guy’s sarangi?” 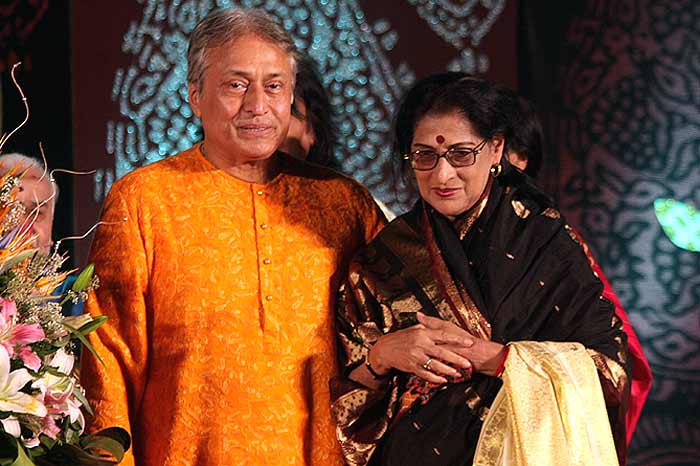 As wave upon wave of sur and taal hit the audience at experiments of this kind, the feeling is unmistakable: the Indian music ocean is vast, our listener-boats have happily sprung a leak; and nobody wants to stay dry or be saved.

Percussionists are the people with cartloads of mojo. Some liken them to the mathematicians of the scientific community—captivatingly madder than the rest. The foot-stomping finale of Sahela Re, with the likes of Zakir, Vikku Vinayakram and sons, and Bhavanishankar, had not just the audience, but the birthday girl too virtually levitating! Earlier in the evening, she had spoken about music needing to touch souls and not merely ‘entertain’. She had also made graceful references to accepting the march of time. But as tabla, pakhawaj, khanjira and ghatam thundered their way to a crescendo, Kishori looked all of 18, face turned up to the stage, eyes sparkling, hair framing her face, breath bated for that one last, massive, unified beat, the sama.

Amjad Ali Khan said at the beginning, “Bhimsenji bina, Poona soona lag raha hai.” And fittingly, he played the sober-sweet Jhinjoti as an elegy for Bhimanna’s passing into godhood, and as a paean to Kishoritai’s 80 glorious years.

Short On The Delivery