Whatever happens, the Dakhni in their souls will unite the people of this city 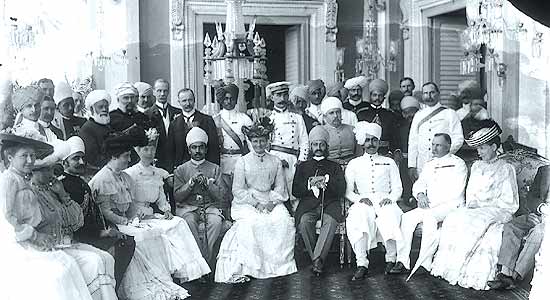 Union home minister P. Chidambaram’s declaration on the midnight of December 9 that the Centre would initiate the process of forming the state of Telangana seems to have thrown most Hyderabadis into a severe identity crisis. The last major upheaval relating to Telangana was in 1969. Forty years on, Hyderabad finds itself caught once more in the political crossfire. In the case of Telangana, it has not been ethnicity but socio-economic deprivation resulting from political exclusion that has powered the sinews of the demand for a separate state. Language and culture are no longer a focal point of identity in the dynamics of federalism. It is economics which determines the new federal politics. Telangana and Andhra speak the same language but their economic interests are diametrically opposed. In fact, the latter accuses coastal Andhra of exploiting its resources.

There was a feeling (which still persists) that people from outside (read Andhra) were carpetbaggers and not stakeholders in Hyderabad. In part, this feeling can be explained by the fact that the feudal culture of Hyderabad was unable to deal with the entrepreneurial spirit of the people from Andhra. Their aggression and drive proved more than a bellyful for the laidback Hyderabadis. Anyone who has lived in Hyderabad will testify that ‘parsaun’, which in the Hindi heartland means ‘the day after tomorrow’, can stretch from a week to never. To live by such lexical precision is to create avoidable tension, and ever since I moved to Secunderabad, I have tried to liberate myself from the tyranny of the calendar and the clock in such matters.

Hyderabad has been the meeting place of many different cultures and traditions. It has over the years developed its own distinctive ‘Ganga-Jamuna’ culture. Hyderabad is a cosmopolitan city: people never identify themselves by their religion but only as Hyderabadis. Dussehra, Diwali or Sankranti are all meant to be enjoyed, whether one is Hindu or not. And Id brings celebrations not for a single community but for the entire city. Faith is a personal matter and what unites one is the sense of belonging to Hyderabad. (Old-timers say all this is a thing of the past, but I believe such pessimism is unwarranted).

Language is not a problem. The unique lingua franca, Dakhni, one of the most identifiable markers of Hyderabad, is a delicious blend of Hindi, Urdu and Telugu, with a lacing of old Marathi. The plural character of the city dates back to its founder, Quli Qutb Shah, who was also a Telugu scholar. Geographically too, it is inclusive: the twin cities, Hyderabad and Secunderabad, do not exhibit the cleavage in environment that divides, say, South Mumbai and the suburbs, or the Calcuttan whose life is confined south of Park Street. And now there is also Cyberabad, as the 400-year-old city constantly reinvents itself.

Never directly ruled by the British, the city’s pluralism owes to the Nizams, who encouraged Parsis, Kayasthas and Muslims to join the civil services.

Hyderabad is not only cosmopolitan but also a pan-Indian city. Since the city was never ruled directly by the British (there was a Resident stationed there), it owes its plural character not so much to the British but to the Nizams, who encouraged Parsis, Kayasthas and Maharashtrians to join the civil service. What is important is that the inclusive nature of the city blended all these communities into a harmonious whole, distinguished by the adoption, in their own manner, of what is known as the ‘Hyderabadi tehzeeb’—the traditional composite of civility, hospitality, courtesy and grace in social interaction, the hallmark of which is respect and consideration. The outsider in Hyderabad (though I believe that the city does not treat anyone as such) does not jar. A posting in Hyderabad invariably ends with it being the city of choice post-retirement, or at least the acquisition of some property. Those who stay on mould their tastes and even language to the habitat. There is no need or wish to retain separateness—all willingly and happily submit to the warm embrace of the composite and cosmopolitan culture of a city, where visitors as far back as 400 years were in no hurry to leave once they had arrived.

My family, both from the paternal and maternal side, has lived in Secunderabad for the last four generations. Both my paternal great-grandfather and my grandfather served in the railways. I recollect my late father recounting with great pride how his grandfather was an ‘officer’ who rode to the club in a dog-cart (a small two-wheeled buggy drawn by a single horse). I was born in Secunderabad, but my father’s peripatetic existence took us to all parts of the country. But wherever our peregrinations took us, Secunderabad was always home. This was where we belonged. As kids, my sister and I always looked forward to holidays with my maternal grandmother. I vividly remember climbing a large tamarind tree and also eating a little more imli than was good for me.

I recall an interesting anecdote about belonging to Secunderabad involving my father and Morarji Desai, the former chief minister of undivided Bombay, who later became prime minister. My father was a young superintendent of police posted in Kutch in the mid-’60s. He had arrested some Congress workers for disturbing the peace and Morarjibhai, who was visiting the district as a Congress leader, asked to see him. To his credit, the stern and austere Morarjibhai did not make the arrests an issue. He only asked what they had done and readily accepted my father’s version of their misdemeanours. But a grilling of a different kind was in store. Knowing my father was a Parsi, Morarjibhai asked him where he came from. “Mool vatni kyan na? (What is your hometown?),” he asked him, only to receive what must have seemed to him an astonishing answer: Secunderabad. “Can’t be,” he told my father bluntly. “You have to be from Surat, Navsari, Bombay or somewhere on the west coast.” After some very probing questions about our forbears, he finally bullied my father into agreeing that we were originally from Surat! Having conceded defeat, my father still managed to have the last word: “My forefathers might have lived in Surat, Sir, but I am from Secunderabad.”

“I am from Hyderabad.” That, for me, is the bottom line. Ultimately, it is not important whether Hyderabad goes to Telangana or to Andhra, or becomes a Union Territory or a joint capital. No doubt chauvinism, economics and politics will all play a role when that decision is taken. There are fears that ‘Brand Hyderabad’ will suffer. But let’s not sweat the small stuff. Our concern should be about the disappearance of the inclusive personality that Hyderabad fostered, reveling as it did in its multi-religious and multilingual diversity—a composite character which Nehru not only lauded but also hoped that the rest of India would emulate. To anything which seeks to destroy this syncretism we must say a polite ‘Nakko’, because ‘Hum logaan ko aisich rehna.’

(Bakhtiar K. Dadabhoy is a civil servant whose family has lived in Hyderabad  for over four generations. He is the author of five books, including the bestselling Jeh: A Life of JRD Tata, and Sugar in Milk: Lives of Eminent Parsis.)

For Causerati To Pull A Fast One?