Quite A Sweet Tooth 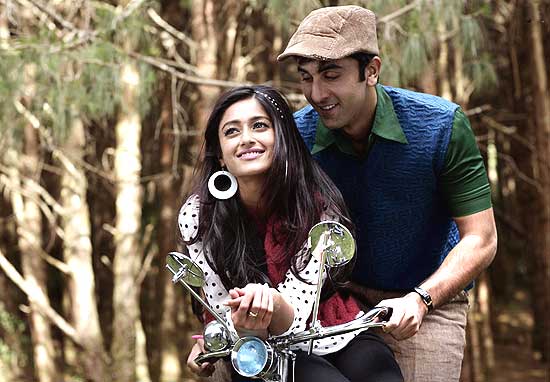 Mahesh Manjrekar sounds flustered, resigned too. “In the year of Astitva, they chose Jeans as the official Indian entry to the Oscars. It felt like a slap on my face then. At least Barfi! is better than Jeans.” Manjrekar’s unusual Marathi tale of amour, Kaksparsh, is one of the 19 films Barfi! beat in the race to Kodak Theatre, Los Angeles, as India’s official entry to the Oscars. And, as it happens every year, the choice has ruffled many feathers. Especially after a post on www.tanqeed.com detailing scene-by-scene lifts from foreign films went viral. The blatant plagiarisation apart, filmmakers are foxed over the entire process of selecting films for the Oscars, a modus operandi the industry itself seems ignorant about.

“As a filmmaker who’s been around for long,” says fimmaker Rituparno Ghosh, “I don’t even know what is the procedure to apply.” The Film Federation of India, which manages the show, does post a notification on its website inviting entries and stating that “necessary intimation in this regard has been given to all concerned film trade bodies as well as to NFDC”. However, says Rituparno, “there is no letter, notification or ad in the papers in the public domain. Filmmakers in Bombay may be aware but we only get to know every year when the official selection has been announced and there is a controversy surrounding it.”

“Last year’s winner Artist channelled so many silent-era films. We celebrated it, we were not cynical.”
Anurag Basu, Director, Barfi!

Other filmmakers Outlook spoke to were aware of the criteria governing national awards and IFFI panorama selection, but not for entering their films for Oscars. “It’s some state secret or nuclear programme,” says Manjrekar, who barely managed to apply on time. “There is a deadline but the onus to keep track is on us,” says filmmaker Sujoy Ghosh, who managed to send his film Kahaani just in time. “There has to be a nationwide announcement about the call for entries.” No wonder Shoojit Sircar was caught off guard when his popular sperm donation comedy, Vicky Donor, wasn’t even entered. Sarcar took on his producer Eros for not sending it despite winning critical acclaim and doing well at the box-office. “It wasn’t even allowed to stand trial before the jury,” he says. Neela Madhab Panda’s film Jalpari did make it to the list of 19, but it doesn’t stop him from saying, “It’s so strange to see the world’s largest film industry treating the world’s biggest awards in such a manner, as though it was some kind of a TV game show.”

Acting as a further dampener is the Rs 50,000 application fee to enter a film for selection. Small change perhaps for big Bollywood producers, but it’s daunting for small independent filmmakers on shoestring budgets. “Why should I be paying the steep amount?” asks Anurag Kashyap, whose Gangs of Wasseypur was up for selection but didn’t make the cut. “It’s a huge amount for small and regional filmmakers,” adds Marathi filmmaker Umesh Kulkarni, whose satire on the commercialisation of faith, Deool, was one of the entries.

“Even if my film got selected, I’d have to spend a crore to promote it in LA. Why not make another film?”
Girish Kasaravalli, Kannada director

The number of entries thus remains small; this year’s 19 a marginal improvement on last year’s 15. Even here, big films, producers and stars prevail. Of the 19 entries, therefore, 10 are Hindi films, nine in regional languages—three Marathi, two Tamil and one each for Malayalam, Telugu, Punjabi and Gujarati. There are no Bengali films, no Bhooter Bhobishyat, nor Abhosheshey. No Manjadikkuru, Beautiful, Ustad Hotel or Arike from Kerala. “It’s never about merit,” says legendary filmmaker Girish Kasaravalli, “but which producer/actor manages to pull the strings.” His Koormavatara did not even get a leg in.

“Every region should be invited, the regional boards should be made responsible,” says Rituparno. Instead, in India’s race to the Oscars, only Bollywood competes with Bollywood. “Ever since Lagaan got nominated,” says Rituparno, “it has become Bollywood’s birthright to represent India at the Oscars.”

Since 1957, when India began sending entries to the Oscars, there have been only eight Tamil, two Malayalam, Bengali and Marathi films each, one in Telugu, the rest have all been in Hindi. Stalwarts like Adoor Gopalakrishnan, Kasaravalli, Rituparno, Shaji Karun, among many others, have never had their films nominated as India’s entries.

“Ever since Lagaan got nominated, it has become Bollywood’s birthright to represent India at the Oscars.”
Rituparno Ghosh, Bengali filmmaker

“It was rumoured that Tabarane Kathe was in the reckoning,” says Kasaravalli. “One British critic asked me last year why Kanasembo Kudureyaneri had not been entered for the Oscars.” The director couldn’t care less. “Even if my film got selected, I’d have to spend more than a crore to promote it in LA. I’d much rather make two films with that money.” Gurvinder Singh is also as distanced. In fact, he was “amused” to find his film Anhey Ghore Da Daan, on the subordination of Dalits in Punjab, in the list of 19. “It is too radical in terms of its form, storytelling and politics. The Academy prefers films that stick closer to the Hollywood narrative,” he says.

Then there’s the air of mystery around the jury itself. No one knows who its members are, or the criteria  or process of selecting them. Ask jury chairperson Manju Bora, and she pleads her inability to reveal the 11 names. All she concedes is that “they’re all craftsmen, very senior, competent and renowned people”.

Gossip, in fact, has it that Barfi! was far from a unanimous choice; it was opposed by at least three members who were more inclined towards two Marathi films. Bora, however, says it was an open vote, with the majority favouring Barfi!.

For Barfi! director Basu, though, it’s all a case of sour grapes. His film was selected in a democratic process, he says. And if the Busan, Taipei and Morocco film festivals picked it up, why doubt the Indian jury’s selection to the Oscars? And the minor detail of plagiarism? “Last year’s Oscar winner Artist channelled so many silent era films. We celebrated it, we were not cynical about it.”

So can Barfi! do an Artist at the Oscars? Only if the likes of Michael Haneke’s Amour, Kim Ki-duk’s Pieta and Cristian Mungiu’s Beyond the Hills allow it to.

Memories From The Ravine