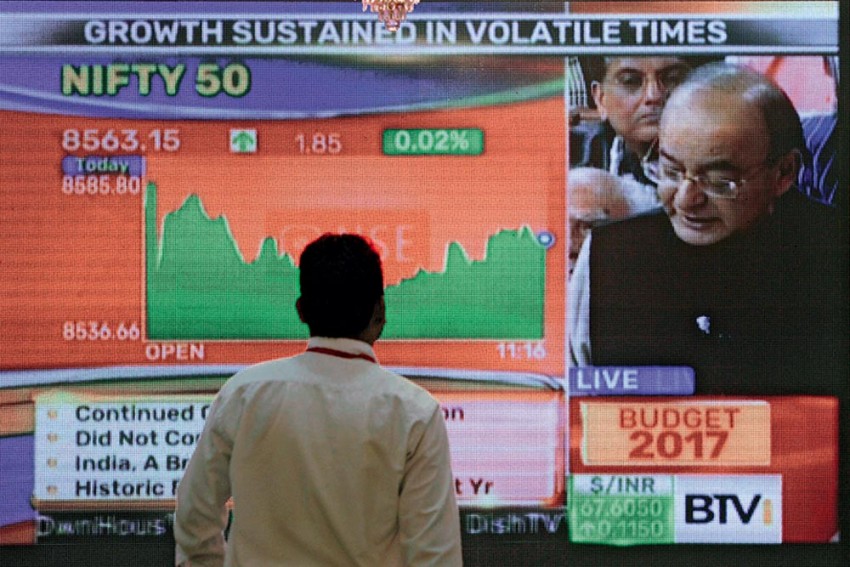 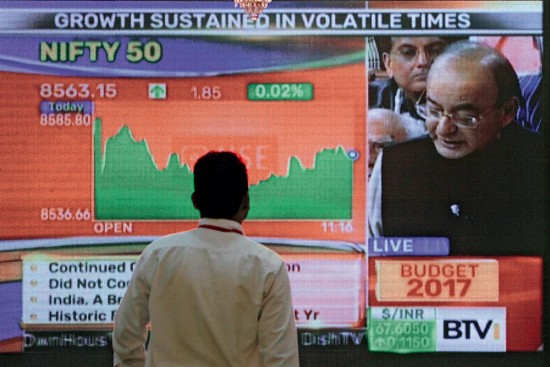 Stock markets favoured 2017 Budget positively, with both the Nifty and the Sensex closing with gains on budget day, a trend that continued a day later. Some of the expectations of investors were met, such as a fiscal push for infrastructure investments and tax breaks in hands of consumers and corporates. In addition to this, the fear of the introduction of capital gains tax on equ­ity holdings was nullified with no change in the status of taxation.

The budget stuck to a broader fiscal consolidation roadmap with fiscal deficit at 3.2 per cent of the GDP. This is a more responsible step to take in light of 7.9 per cent net household financial savings and increased pressure on state finances in the next fiscal year. The RBI is likely to perceive the budget as a positive event. A prudent budget combined with contained inflation is bound to ­increase the scope of monetary easing at the margin.

Furthermore, the budget stated that the budgeted expenditure on infrastructure has been increased by 25 per cent. Market experts have cheered this, especially since private spending on infrastructure is poor. Any activity in the infrastructure space will have a trickle down effect in the economy. The impact is visible on HFC stocks, which are financiers to the housing segment which has now been granted the ‘infrastructure’ status. Stocks of ­developers, who are players in the affordable housing segment, are already benefiting from the stock market momentum.

Increase in spending on infrastructure is a ­positive outcome. Time to invest in stocks that will gain from activity in the rural sector.

“From the debt market point of view, the net borrowing levels have remained largely contained,” feels Nilesh Shah, MD, Kotak Mutual Fund. “This has created headroom for further rate cuts by RBI later this week. The surplus liquidity due to demonetisation is also likely to find its way into the banking credit line over a period of time,” . The expectation that interest rates will remain low, will make commercial borrowings by the private sector very competitive. Those who have invested in duration funds (long term funds) can continue holding their position for a few months more to take the full benefit of easing yields.

This is in line with the expected increase in corporate earnings over the next two years, which offers ample opportunities to invest in the stock markets at the moment with a five years investments time-frame. Other than infrastructure, the sectors that could gain from the budget announcements include cement, consumer goods, pharma and real estate. Another theme to look out for is the IT sector, more so from the US political perspective, which is currently at a low valuation, and offers opportunity for good risk-adjusted returns. 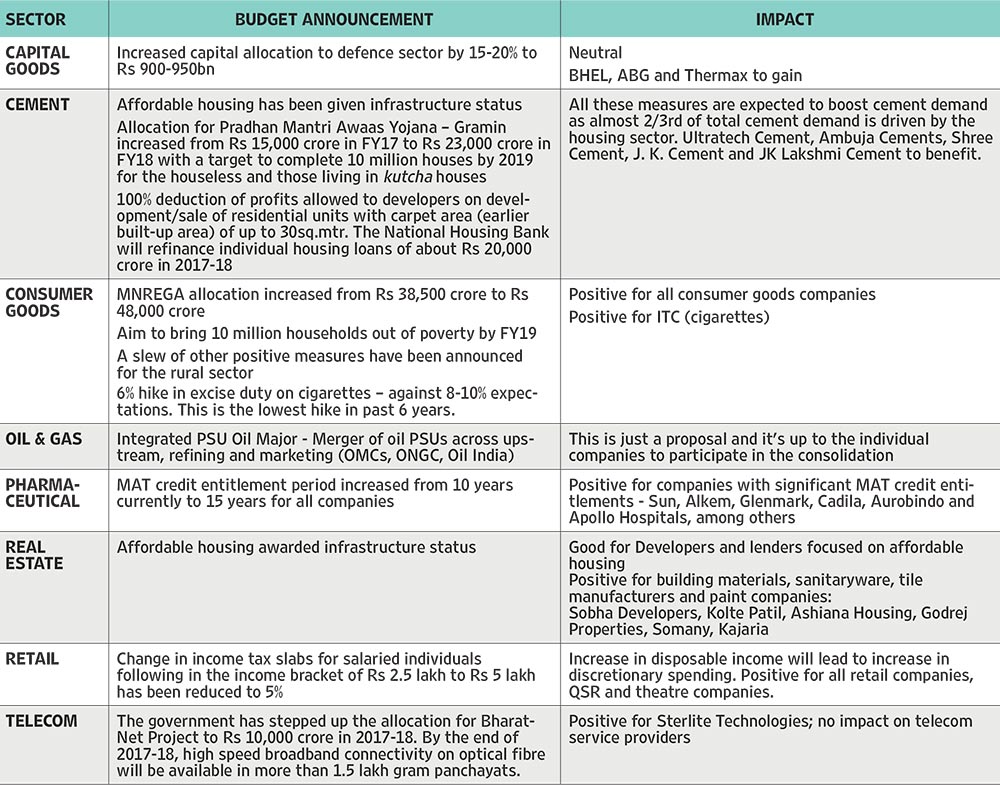 Shares of automobile companies and PSUs also witnessed decent gains because the budget mentioned a boost for rural ­incomes and targets to raise revenue through disinvestment. Talks of introducing another CPSE ETF have fuelled interest in PSU stocks as well.

This budget has been balanced on numbers and projections. The corporate, excise and service tax targets that are proposed are reasonable and likely to be achieved. The implementation of GST from July 2017 may cause some hiccups at the implementation process but such teething troubles will get resolved in a couple of quarters. Likewise, the rural focus and increase in spending on infrastructure is a positive outcome to selectively invest in stocks that will gain from activity in the rural sector. The infrastructure status to affordable housing will definitely impact the BFSI sector favourably.

With the Budget now behind us, the focus will shift back to the execution, corporate earnings and global cues to factor in when selecting stocks and entering sectors. The Trump era is already posing trouble for the IT sector, one should watch the market movements more closely.

When ­The Houses Come Home