What 2013 means is that the Modi-led BJP is advancing 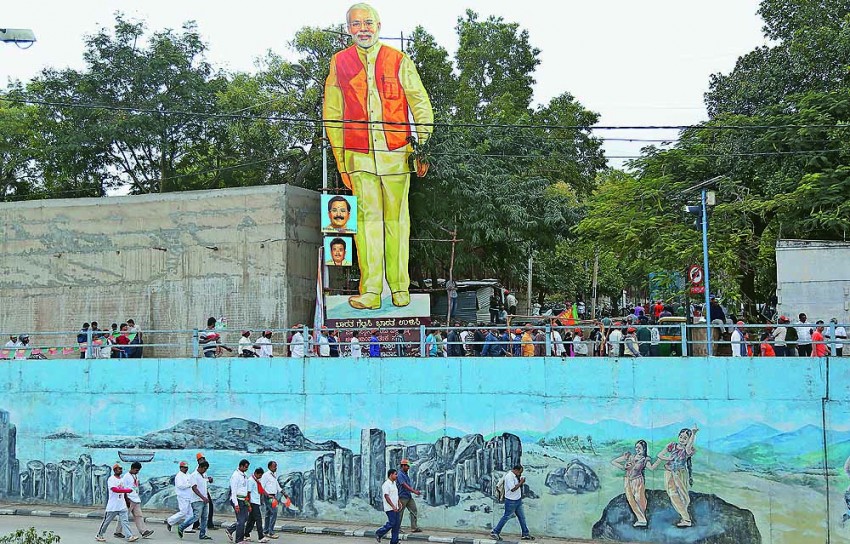 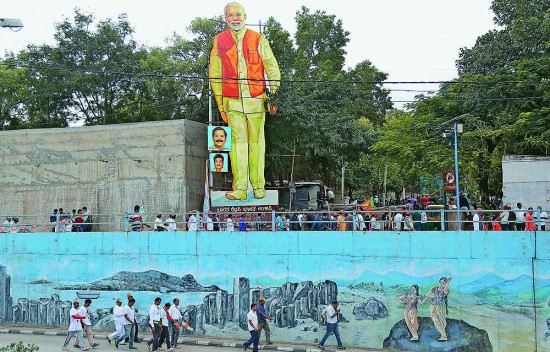 We can split hairs, celebrate or slip into despondency. We can keep asking whether or not there was a Narendra Modi wave, or whether Typhoon Kejriwal rewrote the rules of politics. The big picture is that the Congress washout means, by numbers, this is a huge win for the Modi-led BJP. The looming reality is that the BJP will likely be the single largest party in 2014. Constitutional precedence suggests that President Pranab Mukherjee will in all probability give them a first shot at government formation.

The Aam Aadmi Party (AAP) may excite the imagination, but those who traditionally manipulate the levers of power (particularly in an age of coalitions) would be wary of it. If anyone makes corruption the central issue, inevitably, the business-politics nexus would come into play. The AAP is therefore seen as disruptionist by those atop the economic pyramid. The fact that the AAP has run campaigns against influential business groups and advocated non-payment of electricity bills would make this section squirm.

Modi, therefore, has a better shot than ever before at becoming PM. Of course, the BJP will fall short of a simple majority. But Modi’s idea is to generate enough hype around the numbers to make it attractive for allies to come forth. Should the conversion of seats be on the scale that happened in the assembly polls, and if the party does indeed make massive gains in Uttar Pradesh and Bihar, as is now being projected, then a certain mood would have been generated.

The Congress is in a pathetic state. What’s worse, its logic will be: Rahul led us to failure, so let’s make him the PM!

What can be described as the “containment principle” will possibly come into play. Loosely, this means that those who want to join a formation will do so on the grounds that they would be better placed to influence a certain path from within. George Fernandes and Nitish Kumar did that ropewalk when the former chaired the NDA. Another factor is that Nitish would want to perform well in the Lok Sabha elections but his real concern would be the Bihar assembly polls of 2015. Should the BJP perform well in 2014, it’s certainly feasible to think of Nitish tying up with it again.

After all, in coalition politics there are no permanent enemies or friends. In the NDA era, there was a common minimum programme; issues like the Ram mandir were put in abeyance. Both the DMK and AIADMK were once part of the NDA, and the “Muslim vote” principle does not really apply to Tamil Nadu the way it operated elsewhere. There is, of course, another BJP strategy, planned by those scared of being made irrelevant by Modi: let him lead the charge; then, a more acceptable leader will lead the coalition. But an  imponderable will come into play: corporates are only enamoured of Modi; they want a strong party/leader leading a coalition.

What of the Congress? It’s in sorry shape. Some of its own MPs are bringing a no-confidence motion against the Manmohan Singh government. There will be a lot of agonising, but it will all happen around the figure of Rahul Gandhi. The script could go something like this: Rahul failed, so make him the PM! Since the chances of re-election are diminishing for many MPs, they are likely to seek to “serve the party” so that they can be accommodated in the structure. But the popular drift away from the Congress will only increase, for it is now marked as a losing force.

The AAP, meanwhile, is all things to all people. Some longtime Congress loyalists  still describe it as an RSS project. But the BJP/RSS websites have been heaping rather colourful abuse on the AAP. Left-leaning activists remain suspicious on the grounds of some AAP members using a certain idiom and vocabulary. But for ordinary people unburdened by political baggage the AAP is a breath of fresh air. The collapse of the Congress means that a big opportunity has opened up for the AAP in the space that is traditionally described as secular. Antipathy to Modi and the BJP would drive some people to support the spirit of the AAP, if it does indeed spread quickly in time for the general elections.

‘Everyone Contributed, I Don’t Want To Discount Any Factor’