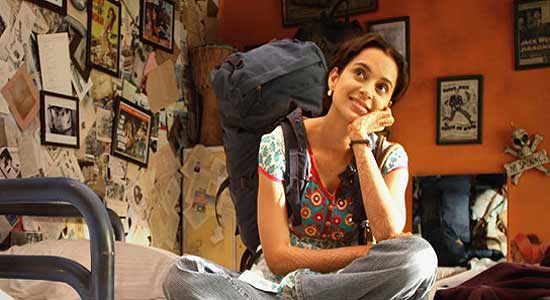 Quite often I tweet snatches of the conversations I hear in the women’s compartment on my Delhi Metro commute, on the blue line, which, incidenta­lly, passes through ‘Rjori’ aka ‘Rajauri Garden’, where our heroine Rani (Kangana, in perfect fit with her character) comes from. I heard that familiar chit-chat of the metro in the dialogues of Queen. Throwaway phrases, patois like “Aapne weight put on kiya hai”, “Kyon ro rahe (not rahi, mind you) ho didi”, “Mummyji, daddyji ki kasam”. It’s such casual detailing and seemingly unplanned quotidian touches, like the hilarious “heeng ko English mein kya kehte hain” scene that make Queen more than your usual Delhi-Punjabi shaadi film.